Daly retired as the Sacramento County Undersheriff in 2001, but even after retiring she says not one night has gone by where the she didn't think about the case that terrorized so many families. 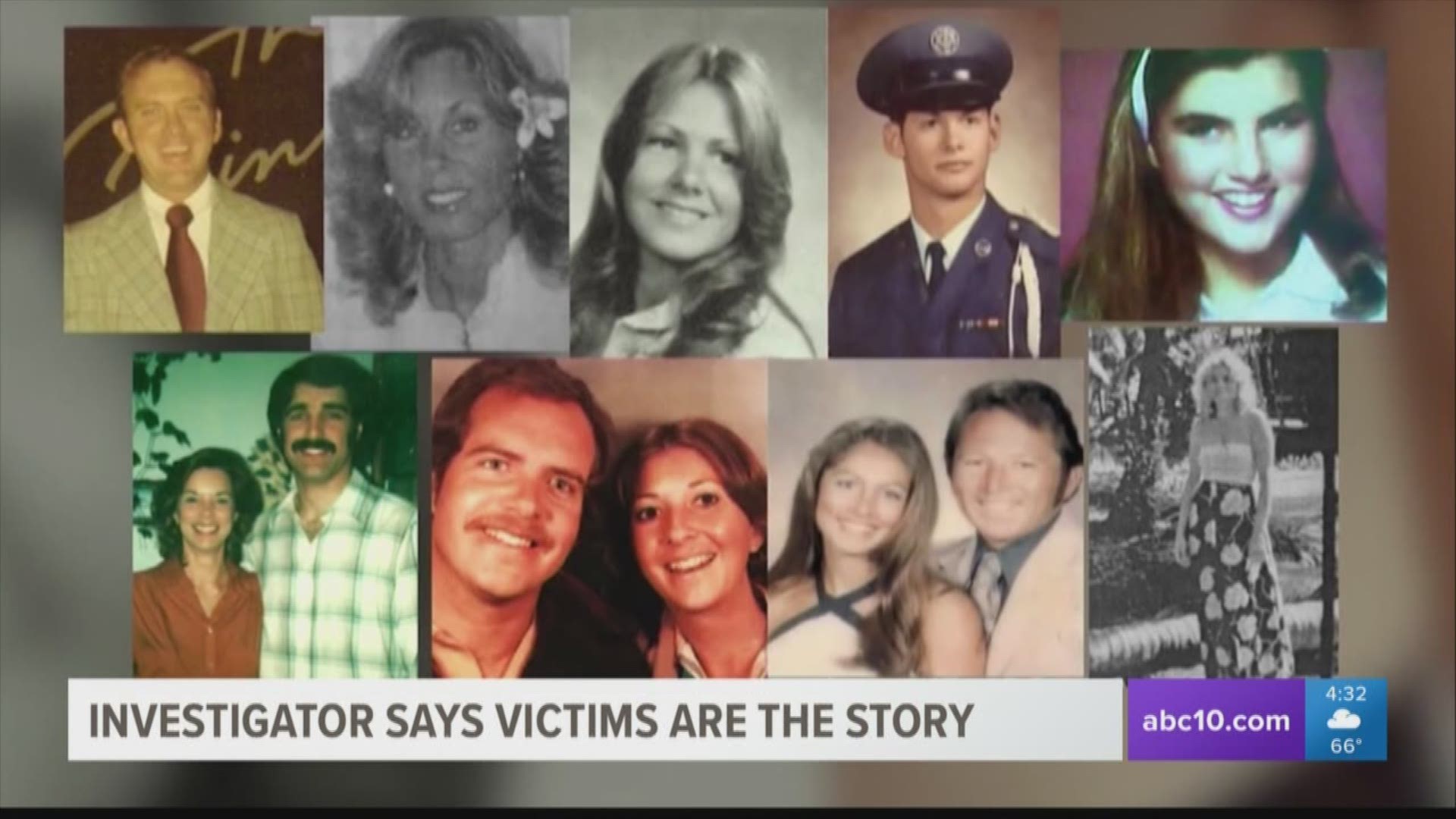 One of the lead investigators in the East Area Rapist case during the 1970s has kept in touch with several of the victims during the last four decades.

Carol Daly told ABC10 she was surprised when she received a call from the Sacramento County Sheriff Scott Jones on Tuesday.

“After 40 years, I just get a call from the sheriff saying, 'we just arrested the East Area Rapist,'” Daly said. “It’s so surreal. It isn’t anything that you expect to hear.”

Daly retired as the Sacramento County Undersheriff in 2001, but even after retiring she says not one night has gone by where the she didn't think about the case that terrorized so many families.

"Every time I lay in bed at night, when I'm getting ready to go to sleep, my last thought for 40 years had been of these victims and wishing that we had solved the case,” Daly added.

Three days before Sheriff Jones called her, Daly wrote an email to another retired detective she stayed in touch with.

“I had sat down and sent an email to a former coworker, Lieutenant Shelby. I said, 'Shelby – if we don't catch him by January of 2019, we're never going to catch him.'”

Daly says she felt hopeless at the time.

“It’s not like this case was ever called a cold case. There’s always been tips coming in through the years – both to local law enforcement and to the FBI,” Daly explained.

“So, to say it was a cold case – it just means that it had never been solved – but it had never gone a period of time where it was not investigated,” she said.

In 2016, authorities renewed their efforts to find the Golden State Killer.

“Once the FBI offered their reward and concerted effort was made to bring a statewide task force together, and then all of the media started doing programs on the East Area Rapist, there was so much attention brought back into play,” Daly added.

However, that attention, also brought back a lot of old feelings and fear for the victims, she said.

“From the very beginning, the focus was on the rapist, but really the true story in this case are the victims and how they have survived. It tore apart lives, it tore apart marriages, it tore apart relationships. It brought difficulties within the family." Daly explained.

The former detective says she got permission from Sacramento County District Attorney Anne Marie Schubert and Sheriff Jones to call the victims before Wednesday’s press conference to let them know about the break in the case.

“(They) teared up, they were crying, they couldn't believe it. The emotions are still raw, they are still there,” Daly said.

Daly told ABC10 that some of the victims are concerned Joseph James DeAngelo, the suspected East Area Rapist, will be released from jail on a technicality.

“I’ve tried to assure them that our district attorney, in concert with all of the other DA’s that she’s been talking with, would not go forward unless they knew that they were on good solid ground,” added Daly.

While several of the victims have spoken about their experiences publicly, Daly says many of them are reliving the trauma of their past.

“What I noticed about these women, is that they're very strong women. They had careers, they had their families. Sure, some relationships maybe fell apart and there might have been trouble in the family, but they survived,” said Daly.