The man they are looking for is described as a Middle Eastern man with a heavy accent. 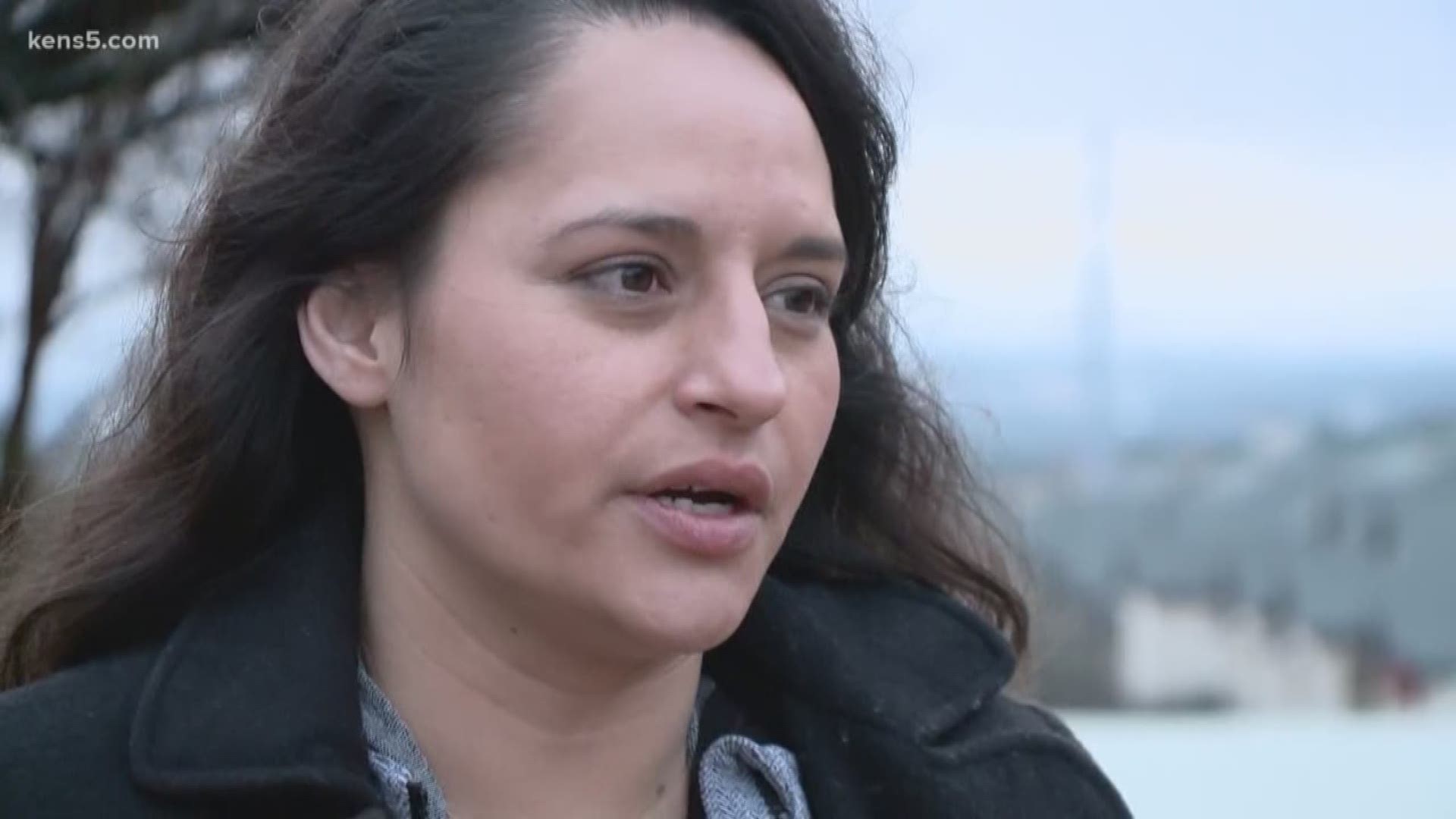 SAN ANTONIO — San Antonio Police are looking for a suspect they say tried to grab a woman at a Target on the far north side.

Police say the incident happened at the Target at TPC Parkway and Highway 281 on Tuesday at 1:40 p.m.

The woman, Maria Rios, spoke with KENS 5 about the ordeal.

She said she had just parked in the Target parking lot Tuesday afternoon when a man approached her car.

"When I was about to get out I noticed this guy like peeped in my car and I didn't think anything of it."

Rios said when she got out of the car, the man was calling her "Kim," acting as if he knew her from somewhere.

"I was like, 'No, I'm Maria, you have the wrong person,' thinking like he was meeting someone by the name of Kim," Rios said.

As she made her way around the car, Rios said the suspect persisted and even tried to force her back into her car, before he started walking to his black BMW parked nearby.

"The car door was open and he kind of grabs me and when he grabs me he says, 'Get in my car then,'" Rios said.

She then pulled away and started running into the store.

Police said surveillance video showed the suspect following Rios on foot before turning around, going back into his vehicle and pulling around to the front doors of the store as Rios was still running inside.

"I talked to security, made the report, they walked me out to my car," she said. "I called the police department to make the report and I have been working with them ever since to figure out who this guy is and what he wanted."

The man police are looking for is described as a Middle Eastern man with a heavy accent. He is reportedly between the ages of 40 and 50, with a medium build, height of 5' 7" and 150 pounds.

Police released surveillance pictures of the car he may have been driving. It is a dark, four-door BMW with a sunroof.

Rios said she wanted to share her story to warn others about what is going on and to stay vigilant.

An attempted abduction in Austin could possibly be linked to this case, SAPD told KVUE, our Austin affiliate. A woman was walking in southwest Austin when she noticed a dark-colored car pull up beside her.

RELATED: Suspect in Austin attempted abduction could be tied to similar case in San Antonio

She told police that the driver got out and began talking to her before attempting to pull her into his car. She was able to "put up a fight," and escape the man, police said.

Both SAPD and APD have been in contact regarding these cases.