Thursday marked the first presidential debate, with topics like the economy, racial tensions and coronavirus up for discussion. 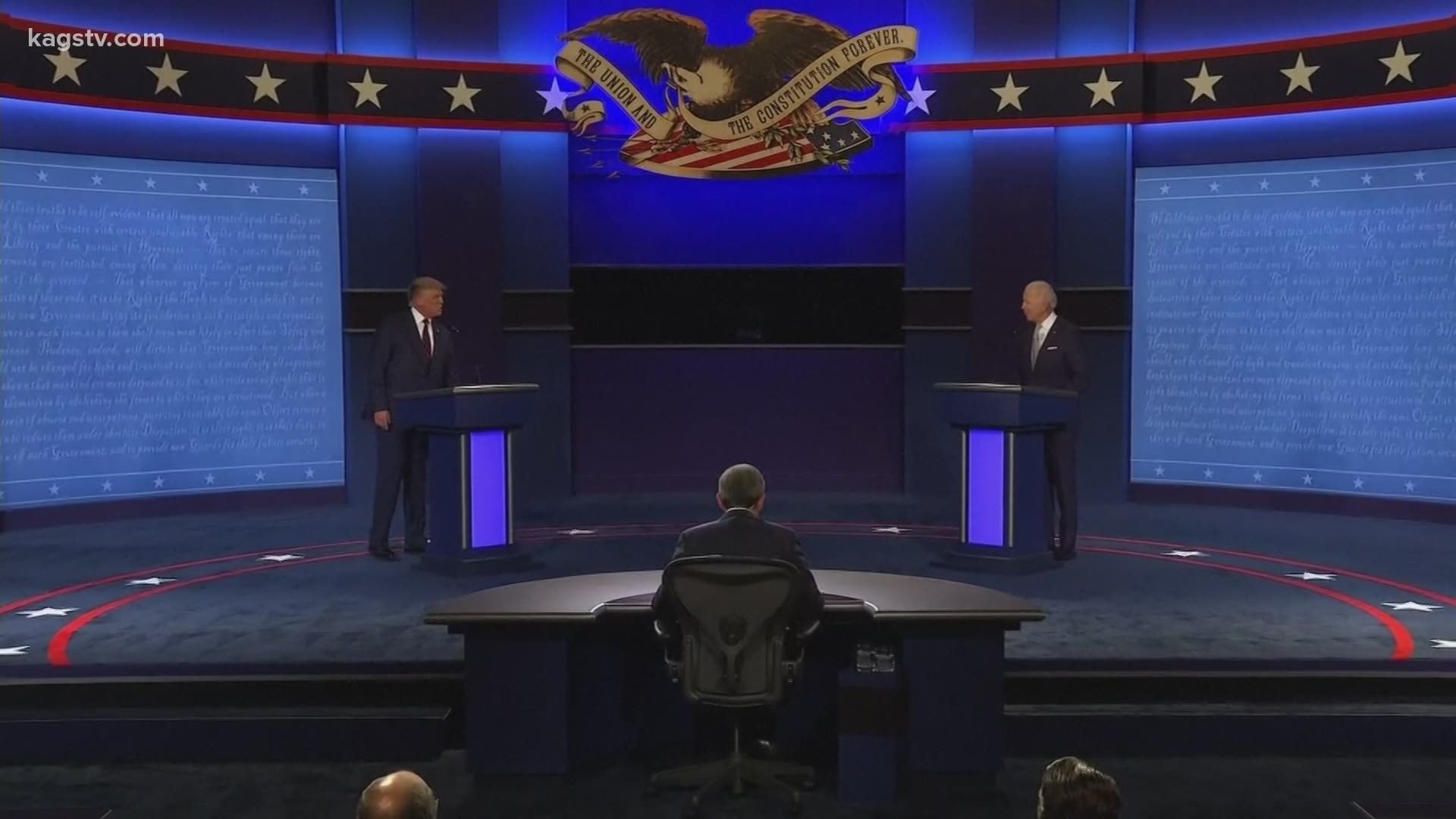 BRYAN, Texas — Many would argue Thursday's debate got off to a heated start with both President Donald Trump and Vice President Joe Biden.

Early in the debate, President Trump praised his nominee for the Supreme Court, Amy Coney Barrett.

Former Vice President Biden argued for his plan to provide public insurance for the poor.

President Trump claimed if Biden was in charge, the country would have lost quote "far more people."

Things got even more heated once moderator Chris Wallace asked the candidates about racial tensions in the U.S.

President Trump cited his support from law enforcement around the country.

Joe Biden could not name a single Law Enforcement group that supports his candidacy!

The two were also asked about taxes and the controversy surrounding the New York Times' report that President Trump paid about $700 in income taxes in 2017.

A big point of contention on social media: When asked if he would condemn white supremacist groups, President Trump did not give a clear answer.

Later in the debate, Vice President Biden encouraged others to vote and said he would concede to whatever the results are in November.

You heard a lot come out of President Trump’s mouth. Can you name one thing he said to actually make your life better?

Moderator Chris Wallace spent a lot of his time asking the president to remember the equal time rule requested by his administration.

If you missed the debate this evening, you can watch it here.