Election 2020: Should we worry about cyber attacks, election interference?

Your personal identifiable information is out there and outside entities can use it in a lot of different ways. 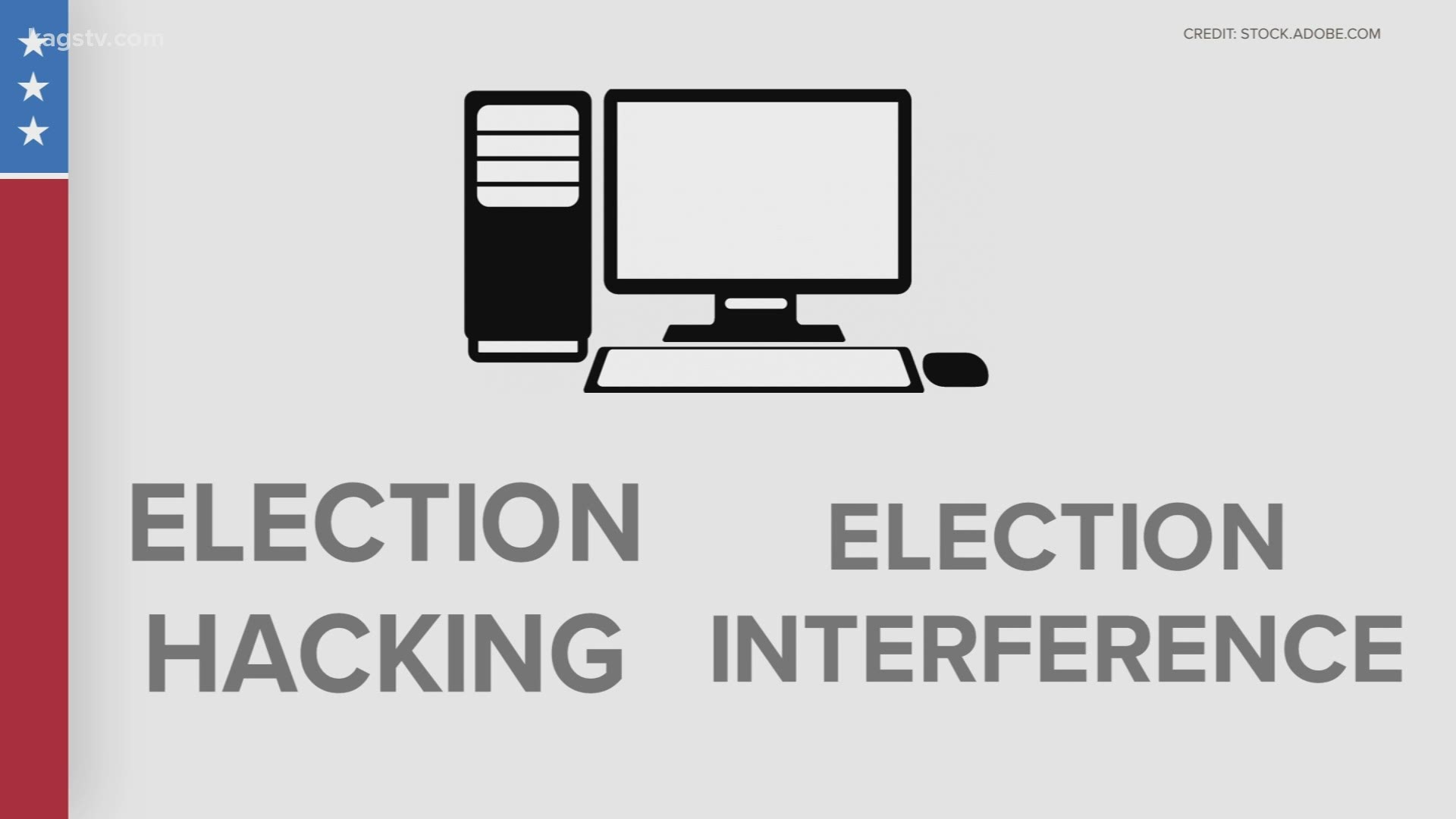 HUNTSVILLE, Texas — In the 2016 election and now in 2020, you might have heard the terms “election hacking” or “election interference” thrown around.

What does that actually mean though, and how big of a threat are we seeing in this year's election?

Election hacking means votes or the tally of them is being changed.

Election interference refers to outside entities hacking into campaign websites to influence people based on their own agenda.

Sam Houston State University Associate Professor of Computer Science Cihan Varol said that election hacking is not a problem in 2020.

Election interference is the real threat.

“[In] 2016, a particular party’s campaign was attacked, and here, both party campaigns are attacked by China, Iran and Russia,” Varol said.

He also noted our personal identifiable information is out there and those entities can use it in a lot of different ways.

“When you look at 2016 and 2020, how the attacks are being done is totally different. This year, it’s like a password guessing game. They just flood the server with possible passwords and try to hack into the system.”

China, specifically, is trying to hack into campaign websites this year.

The FBI and the cyber infrastructure security agencies are watching the country’s network traffic.

They have sensors designed to catch anomalies or vulnerabilities in the system and patch them up, but it’s not a perfect system.

"We need to sit on the data see all the anomalies to fix the holes so it won’t happen in the near future.”

His advice to everyday individuals and voters: If you want your vote protected, inform yourself with reputable sources and go vote as soon as you can.

You can find out where and how to do that in the Brazos Valley on our Voter Guide.