States have different election rules and with those variances in policy a close election with several voting methods could take that much more time to figure out. 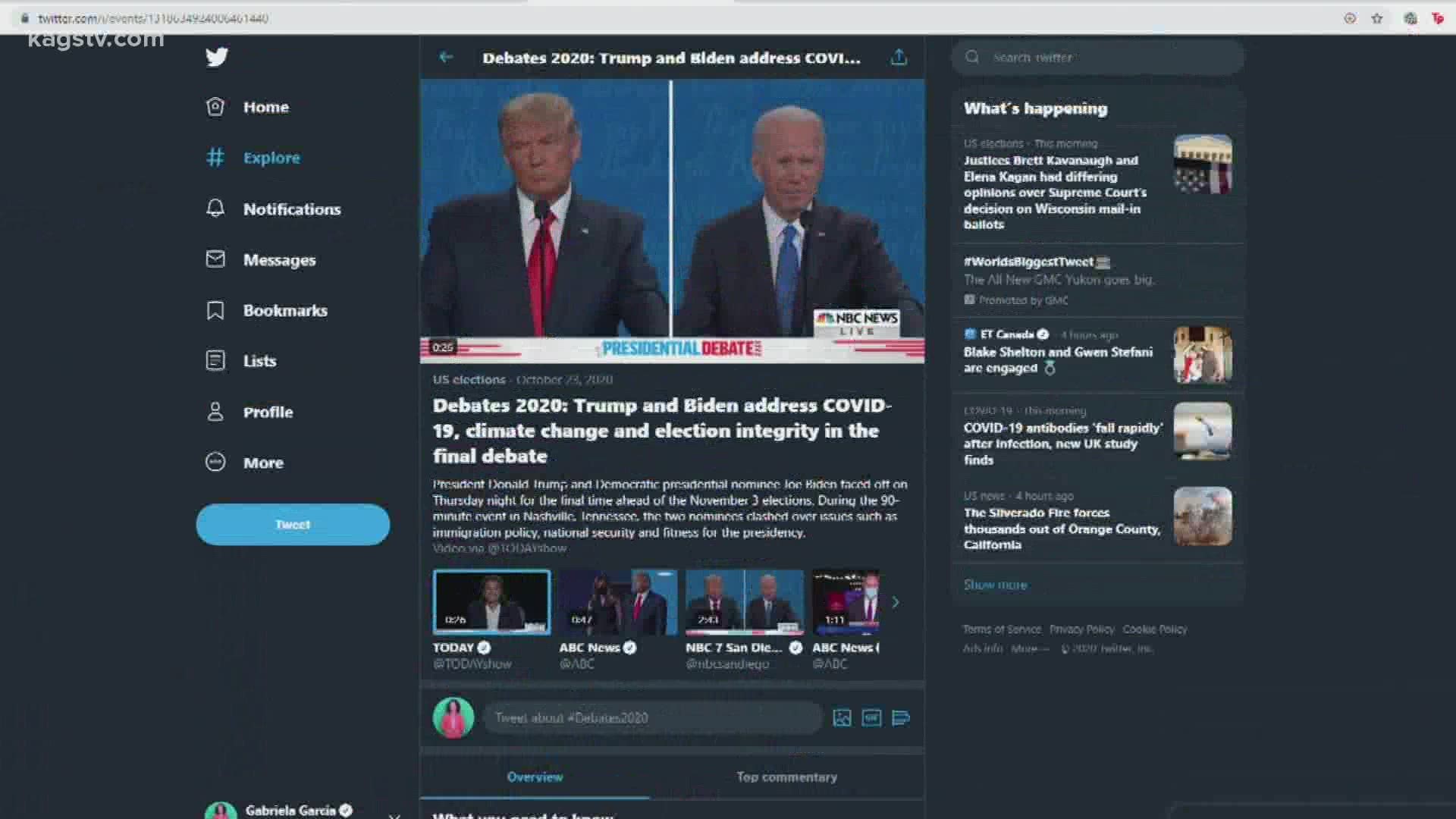 COLLEGE STATION, Texas — Election Day is practically here, and there are still a lot of questions about the country’s democratic process.

What about after voters participate in it, though?

What happens if the results of the election are contested or don’t come right away?

A panel of experts at Texas A&M set out to find the answer.

The country actually has had experience with an election with disputed results; most recently back in 2000.

In that election between Al Gore and President George W. Bush, the Supreme Court didn’t resolve that dispute until more than a month after Election Day.

Justin Bullock, an associate professor in the Department of Public Service and Administration at Texas A&M said that experience alone is heartening in figuring out uncertainty in the 2020 Election.

We have social media and election interference from foreign entities.

So with those and other differences, what if something like that happens tomorrow?

“The U.S. election system is really conducted at the subnational level," Ann Bowman, Professor of Government in the Department of Public Service and Administration at Texas A&M.

"It’s states and localities that adopt and implement policy."

States have different election rules and deadlines, and with those variances in policy, a close election with several voting methods could take that much more time to figure out.

🗳 Make a plan to #vote tomorrow on campus or at one of the 24 other locations around #bcstx!

Ballots can’t be counted until they’re processed, and there is also the post office to take into account.

“If it’s a tight election, it’s going to take a few days, and you want them to take that time," said Jonathan Coopersmith, a history professor at Texas A&M.

"You want every ballot to be counted, and you have confidence in those counts.”

Really, there is no way to predict how the elections results will play out this year, so the panelists just want people to be patient with their votes.

“Take a deep breath, because there’s nothing you can do to change that once you’ve submitted that ballot,” said Texas A&M Department of Public Service and Administration Assistant Professor of the Practice, Brian Nakamura.

“There's a lot of people with bait breath and in all likelihood, we wont know tomorrow night what will happen, but long term, let’s unify and let’s move the country forward.”