A pandemic, a controversial supreme court justice pick and a racial justice reckoning are just a few things that have heightened tensions leading up to Nov. 3rd. 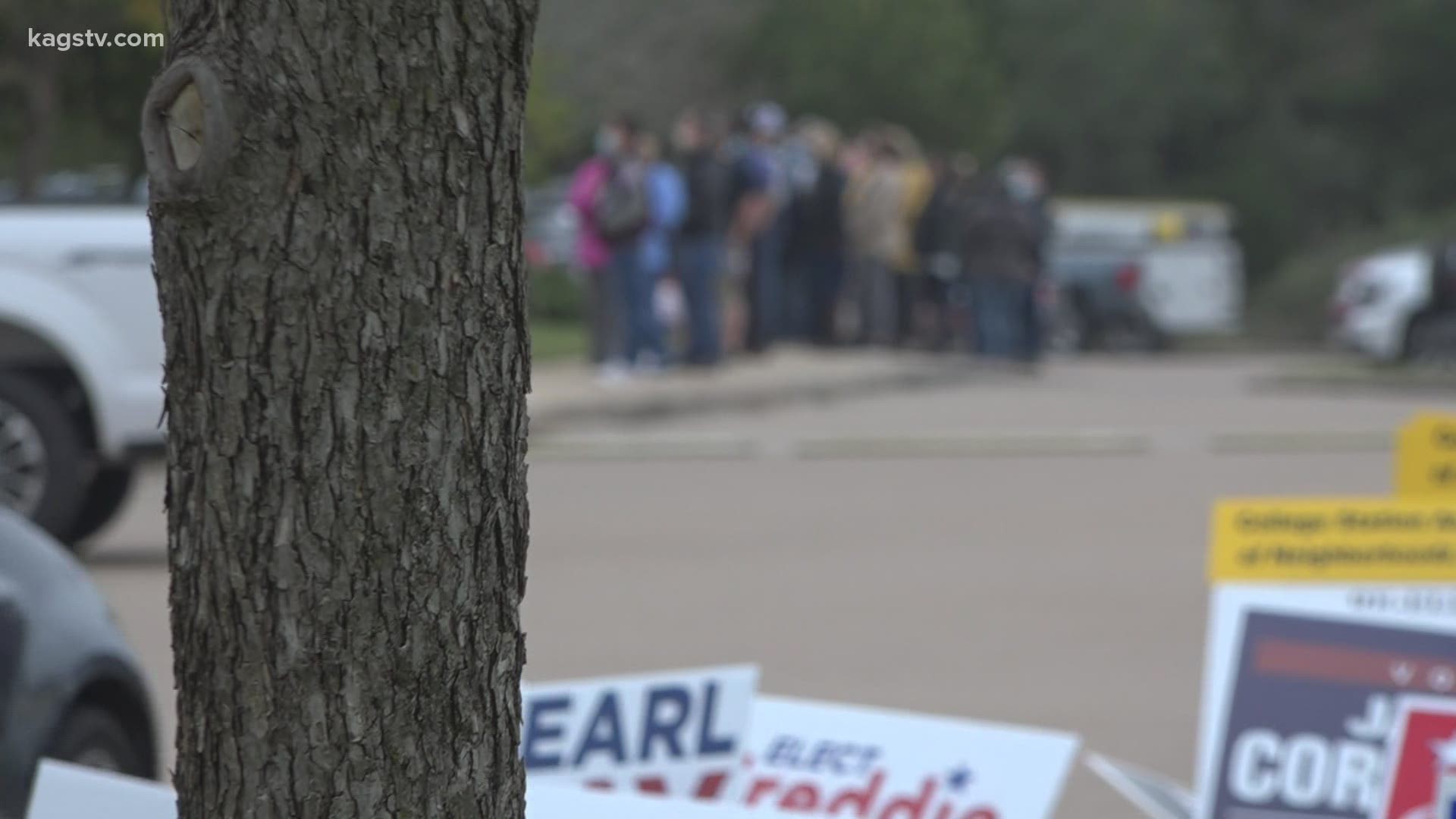 COLLEGE STATION, Texas — People are overcoming various obstacles and facing long lines all to break records at the voting booth in several counties across Texas and even the nation.

If you have felt the stakes are as high as they've ever been this election season, you are not alone.

Why does it feel that way, though?

Lately, a lot of people believe this is an election not just between candidates, but the future of democracy.

Between Democrat fears of President Trump not wanting to leave office even if he’s voted out and Republican concerns that Democrats are moving farther left than they’ve ever been,  A&M Political Science Professor Kirby Goidel says it’s no wonder the stakes feel so high this election year.

“When elections feel like they’re about really big things, people get really intense about them and participate in really high rates, he said.

The court upheld Gov. Greg Abbott's authority under state law to limit ballot drop-off locations, issuing what is expected to be the final ruling. https://t.co/cCdDLAGYgC

"All of that goes on in the context of a society that was getting more polarized anyways."

A pandemic, a controversial supreme court justice pick and a racial justice reckoning are just a few things that have heightened that tension.

It’s the way we’ve seen all these things play out that is another big factor this election season.

"People can be in a news bubble. When you look at their social media feeds, it’s pretty rare that you see people challenge your opinions.”

He said living in that kind of bubble strengthens your preferences, and that environment should raise some red flags.

Professor Goidel said that is not a place people in a democratic society should not want to be in.

His advice would be to simply talk to people that disagree with you, and really listen to comprehend why they feel the way that they do.

“We walk away feeling like we’re close to people and what differs is how we feel like we can get to the same place.”