Former President Trump is hosting a rally in Phoenix. Here’s what you need to know

Former President Donald Trump will be in the Valley Saturday morning for a political rally billed as a “Protect Our Elections” event. 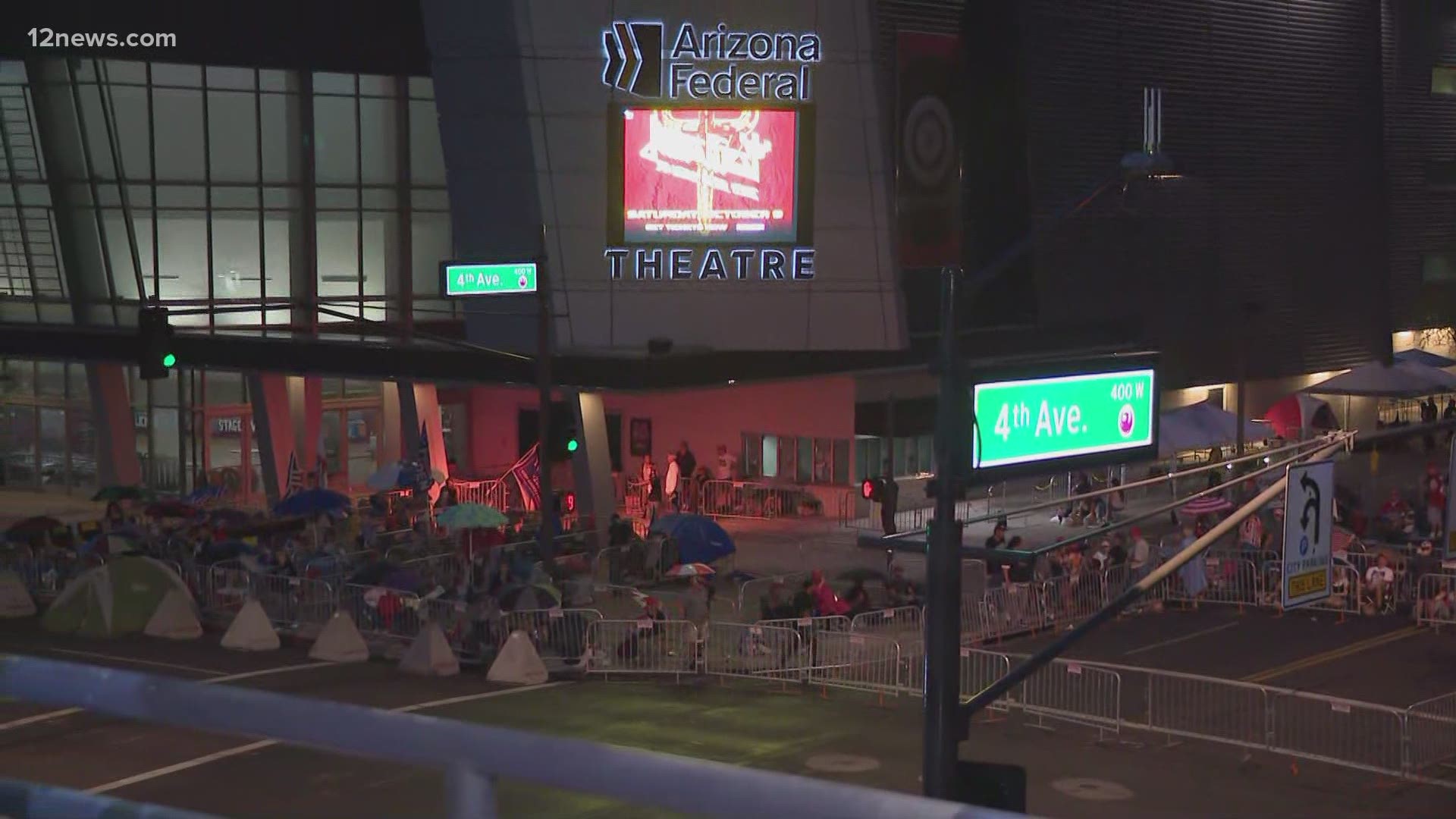 PHOENIX — Former President Donald Trump will be in the Valley Saturday morning for a political rally billed as a “Protect Our Elections” event.

The event is being held at Arizona Federal Theatre in Downtown Phoenix and is scheduled to last from 9 a.m. to 5 p.m. The rally is hosted by Turning Point Action, whose founder is a key Trump ally.

It comes as the partisan audit of Maricopa County’s 2.1 million ballots continues. The recount will have no impact on President Joe Biden’s victory in the state.

Trump and his supporters falsely maintain that election fraud paved the way for the Biden administration. But no evidence of widespread fraud ever surfaced.

Biden won Arizona by nearly 11,000 votes. And his victory was acknowledged by Republican and Democratic leaders.

It's the first time Arizona voted for a Democrat in a presidential election since 1996.

Speakers at the rally will almost certainly address the upcoming 2022 election that has major stakes in Congress as Arizona cements itself as a battleground state.

Arizona will also vote on a new governor next year with high-profile candidates like former journalist Kari Lake and Secretary of State Katie Hobbs vying for the gubernatorial race.

Anyone who wishes to attend the rally is asked to register here.

RELATED: Who's who in Arizona's 2022 governor race

Track all of our current updates with Arizona politics on our 12 News YouTube channel. Subscribe for updates on all of our new uploads.