After certifying the election in Arizona on Monday, President Trump lashed out at Gov. Ducey, an ally of his all year long. Ducey later put out a 9-tweet thread. 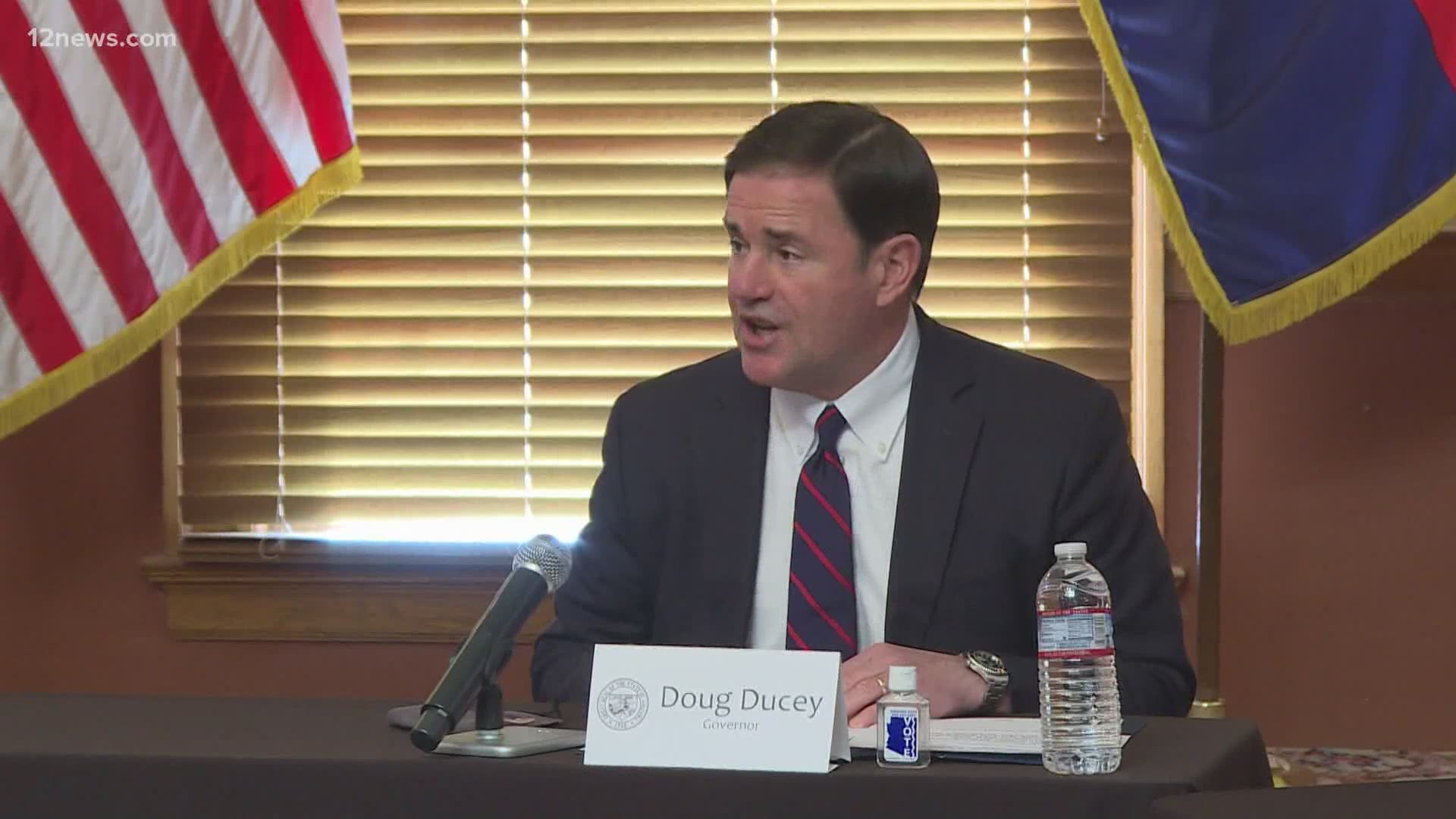 This came after all 15 Arizona counties certified in their counties, which means Ducey, Secretary of State Katie Hobbs and Attorney General Mark Brnovich much certify the results statewide.

After doing so, President Donald Trump lashed out at Ducey, someone he has had a good relationship with throughout his presidency and especially throughout 2020. Trump had commended Ducey publicly multiple times regarding the COVID-19 pandemic and Ducey had spoken at Trump events in Arizona.

But after certifying on Monday, Trump tweeted multiple criticisms of Ducey.

Ducey sent out a 9-tweet thread on Monday evening, about Arizona's election procedures and his duty to certify the election.

I’ve been pretty outspoken about Arizona’s election system, and bragged about it quite a bit, including in the Oval Office. And for good reason. 1/

Ducey starts by saying Arizona has been doing early voting since 1992. There was no experimenting, the state is experienced in mass early voting.

"The problems that exist in other states simply don’t apply here," Ducey wrote. "I’ve also said all along, I’m going to follow the law."

Ducey pointed to the law, which states the governor, secretary of state and attorney general must canvass the election on the fourth Monday following the general election, if all counties have certified, which all counties did.

"The canvass of the election triggers a 5-day window for any elector to bring a credible challenge to the election results in court. If you want to contest the results, now is the time. Bring your challenges. That’s the law. I’ve sworn an oath to uphold it, and I take my responsibility seriously," Ducey said in closing.

Whether the president will respond to what Ducey had to say on Twitter is not yet apparent. As of writing, Trump hasn't tweeted in more than three hours, when he had alleged "total corruption" in Arizona.