The session will focus on redistricting based on the 2020 Census data, as well as restrictions for transgender athletes and the allocation of COVID-19 relief funds. 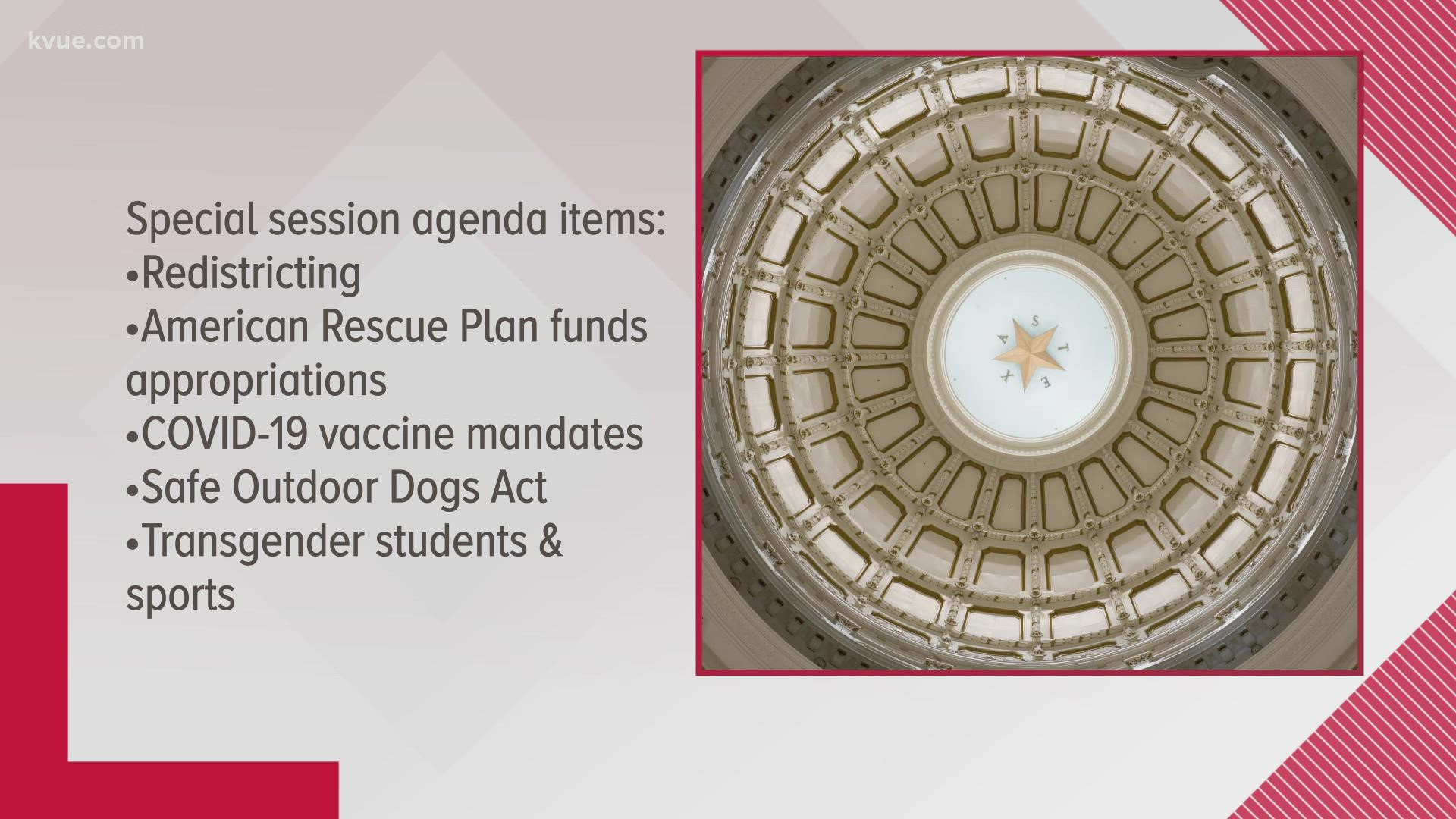 "The Texas Legislature now has the opportunity to redraw legislative and congressional districts in accordance with the new census numbers," Abbott said in a statement on Tuesday. "In addition to redistricting, there are still issues remaining that are critical to building a stronger and brighter future for all Texans."

On top of the fight to draw the new district maps across Texas, lawmakers will be tasked with allocating $16 billion in federal COVID-19 relief funds.

The agenda includes these five items, as stated in a release from the governor’s office:

RELATED: Gov. Abbott vetoes 20 bills and section of the State budget that funds the legislature

The bipartisan bill barred owners from leaving pets outside without proper water and shelter. It also prohibited the use of heavy chains to restrain dogs and mandated animal rescue groups scan pets for microchips. The bill would have given tax breaks to rescue organizations.

“Texas is no place for this kind of micro-managing and over-criminalization,” Abbott said about the bill.

Mexico's Supreme Court rules that abortion is not a crime