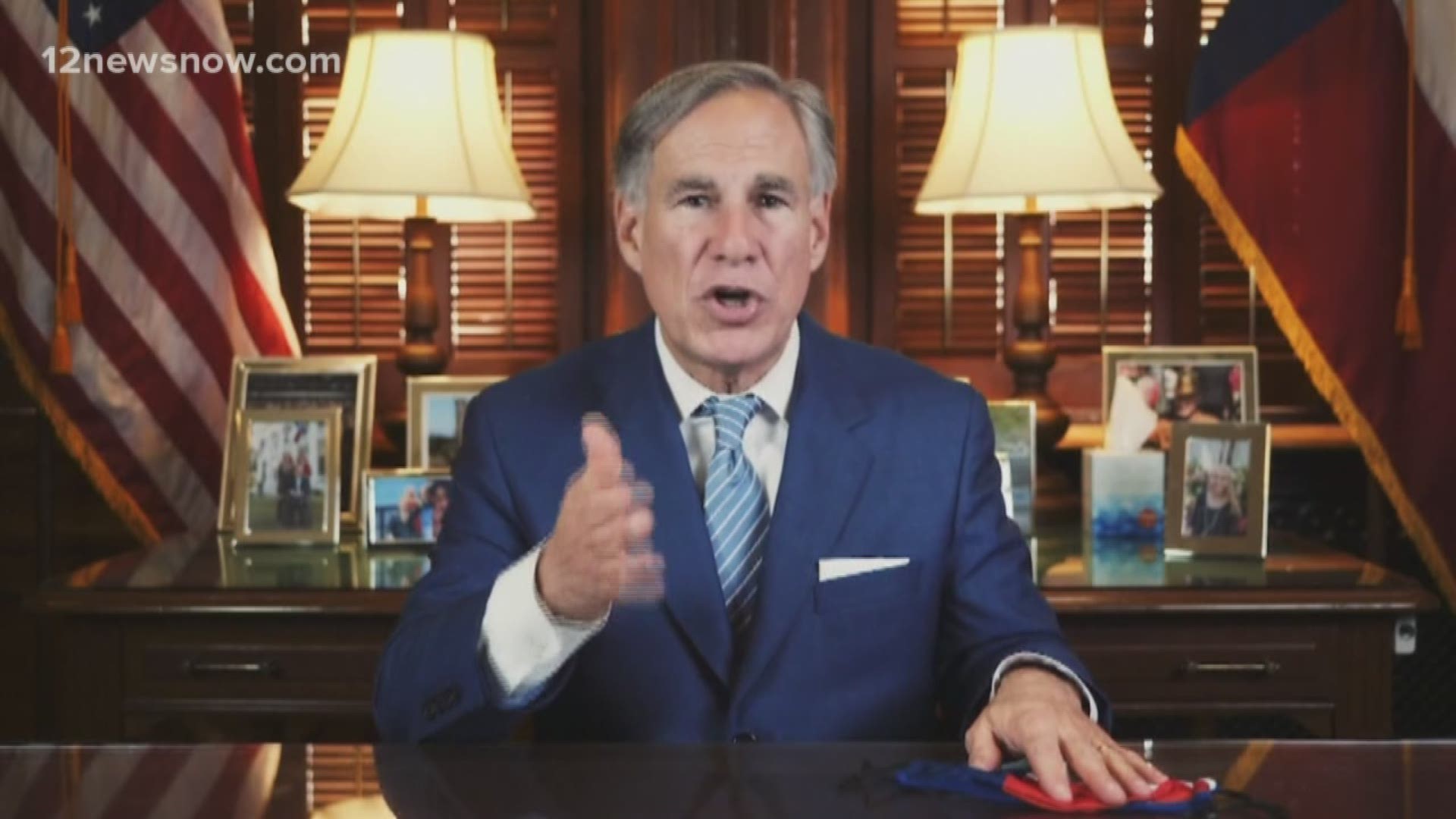 HARDIN COUNTY, Texas — [Editor's Note: The video above is from July 2 when Gov. Abbott announced his executive order on mandatory face masks.]

The executive committee of the republican party of Hardin County has voted to censure Texas Gov. Greg Abbott after he signed an executive order requiring face masks statewide.

In the resolution voted on July 14, the committee accuses Abbott of exceeding "his constitutional authority" in his handling of the COVID-19 pandemic. The committee sites article II, section 1 of the Texas constitution in their resolution calling for the censure.

The committee voted 9-0 — with one person abstaining — to say the governor exceeded his powers in signing executive orders for a contact tracing contract as well as mandating masks, limiting gatherings and closing certain businesses.

The document claims Abbott violated principal 9 of the Republican Part of Texas which they say supports "a free enterprise society unencumbered by government interference or subsidies".

The governor's executive order requires all Texans in counties with more than 20 cases, which includes all counties in Southeast Texas, wear a face mask while in a commercial space or public buildings or when an outdoor setting does not allow for 6-feet of physical distancing.

RELATED: Hardin Co. Judge blasts Abbott over mask order: "He will figure out a way to blame county judges & mayors for this debacle"

"Governor Abbott has demonstrated he likes to fly the plane before figuring out how to build it, and this is just another example of that mentality," McDaniel told 12News. "His administration rules from the state level down rather than depending upon any input from those of us at the local levels of government. I’m sure he will figure out a way to blame county judges and mayors for this debacle very soon. He typically does, and we sit quietly.”

As coronavirus cases and hospitalizations surge across the state, Governor Abbott has extended a disaster declaration for all Texas counties. He has also suspended elective surgeries in pockets of the state, including Southeast Texas.

In early July, the governor says the lack of mask and spike in cases could lead to "necessity of closing Texas down". The state began reopening May 1 after being shutdown in mid-March.

RELATED: This Southeast Texas zip code saw a 1,629% increase in COVID-19 cases from May to July

RELATED: Gov. Abbott: Lack of masks, spike in COVID-19 could lead to 'necessity of closing Texas down'