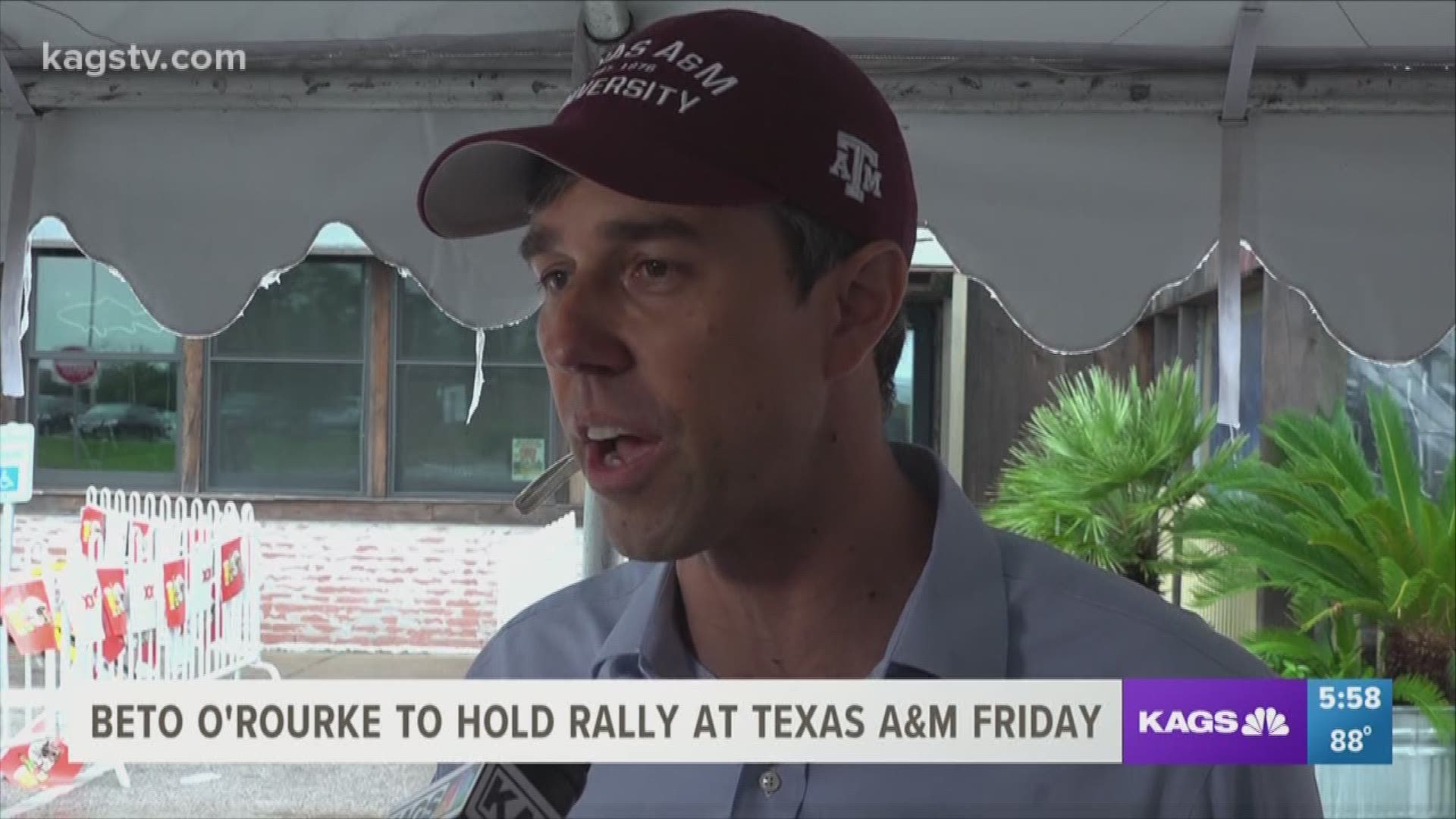 O'Rourke's stop marks several spots across Texas where he is covering the issue of voting rights. He continues to criticize Senate Bill 7, which was defeated earlier this spring. Gov. Abbott is currently considering a special session of Congress specifically to revisit the measure.

Senate Bill 7 creates voting restrictions on early voting and affects how people get applications to vote by mail. O'Rourke said this law puts urban and diverse communities as well as those with disabilities at a disadvantage by reducing the number of polling places in those areas.

The former senate and presidential candidate is holding these rallies among growing rumors that O'Rourke may be considering a run for governor.

O'Rourke previously represented the Texas 16th Congressional District in the United States House of Representatives from 2013-2019.

After his visit to Brenham, the former congressman plans to visit Prairie View, Sugar Land, Beaumont, Waco and Austin.