“We can’t miss on this one. We have to have electricity. It is fundamental,” said Curt Morgan, Vistra Corp CEO on Inside Texas Politics. 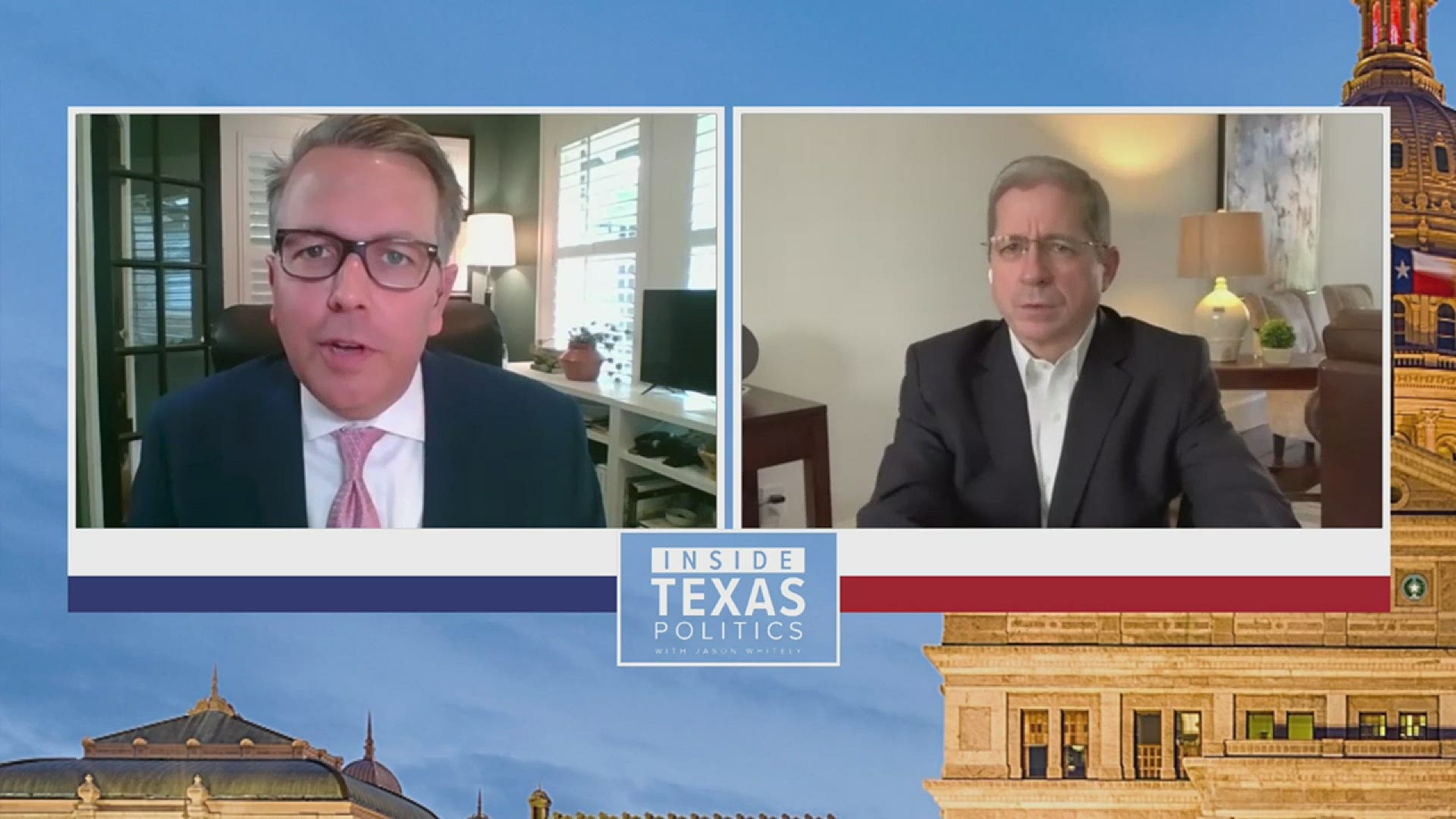 DALLAS — In a rare television interview, the CEO of Vistra Corporation, the state’s largest generator of electricity, said the state’s economy is at stake if Texas lawmakers do not pass meaningful energy reform in the final week of the legislative session.

“When I go to a meeting, a chamber [of commerce] meeting, and I hear Texas Instruments say we’re thinking twice about putting in a semi-conductor plant because of electricity, we can’t miss on this one,” said Vistra CEO Curt Morgan on Sunday’s Inside Texas Politics. “We have to have electricity. It is fundamental to everyday life for businesses and people alike. And when it’s that big a deal, it’s my view that elected officials will come together and do the right thing.”

When pressed on what he heard from Dallas-based Texas Instruments, Morgan said: “I didn’t hear them say they were not going to do it, but they said it made them think.”

With a week left in the legislative session, Morgan said he remains confident that Texas lawmakers will pass legislation that leaders called a priority after the deadly power outages in February left millions of Texans in the cold and dark.

The state House and Senate have both passed different versions of legislation to address the failures that Texans experienced but representatives from the chambers have yet to settle on specific, substantial changes.

Legislation that has not passed in the final days of the session includes:

In Texas, natural gas fuels more than half of the electric generating plants.

Morgan, 59, has been one of the most outspoken energy executives on these issues since the deadly outages happened earlier this year. He was the first witness to testify before a joint House Committee that investigated.

“We created a situation where people are now worrying about whether they get electricity or not.  And that should have never happened,” he said.

The Public Utility Commission and ERCOT, the Electric Reliability Council of Texas, which operates the state's electric grid, have both faced substantial changes by state leaders and lawmakers since February. But the Texas Railroad Commission, which regulates the natural gas industry in this state, has largely escaped criticism and change.

Morgan said he believes that Texas needs more stringent natural gas regulation, perhaps, he said, similar to the Federal Energy Regulatory Commission which governs the interstate gas pipeline system. Morgan said the lack of symmetry between electricity and natural gas in Texas was a big part of the problem in February.

“I’m still looking for what entity in the state of Texas that has oversight and regulates the price of gas on the intrastate gas pipeline system," Morgan explained. "There isn’t anybody. We have a market monitor and an enforcement arm in the PUC that looks at every single transaction on the electric side, and there’s just not symmetry there.”

Changes to the Railroad Commission are unlikely in the final week of the legislative session, but bills to prevent a repeat of the deadly outages could still pass. Morgan said he is confident that lawmakers will approve what is needed. The Texas legislature adjourns on May 31.