The Travis County Republican chair says the timing of the cancellation of the state convention “is the biggest thing I’d have a problem with." 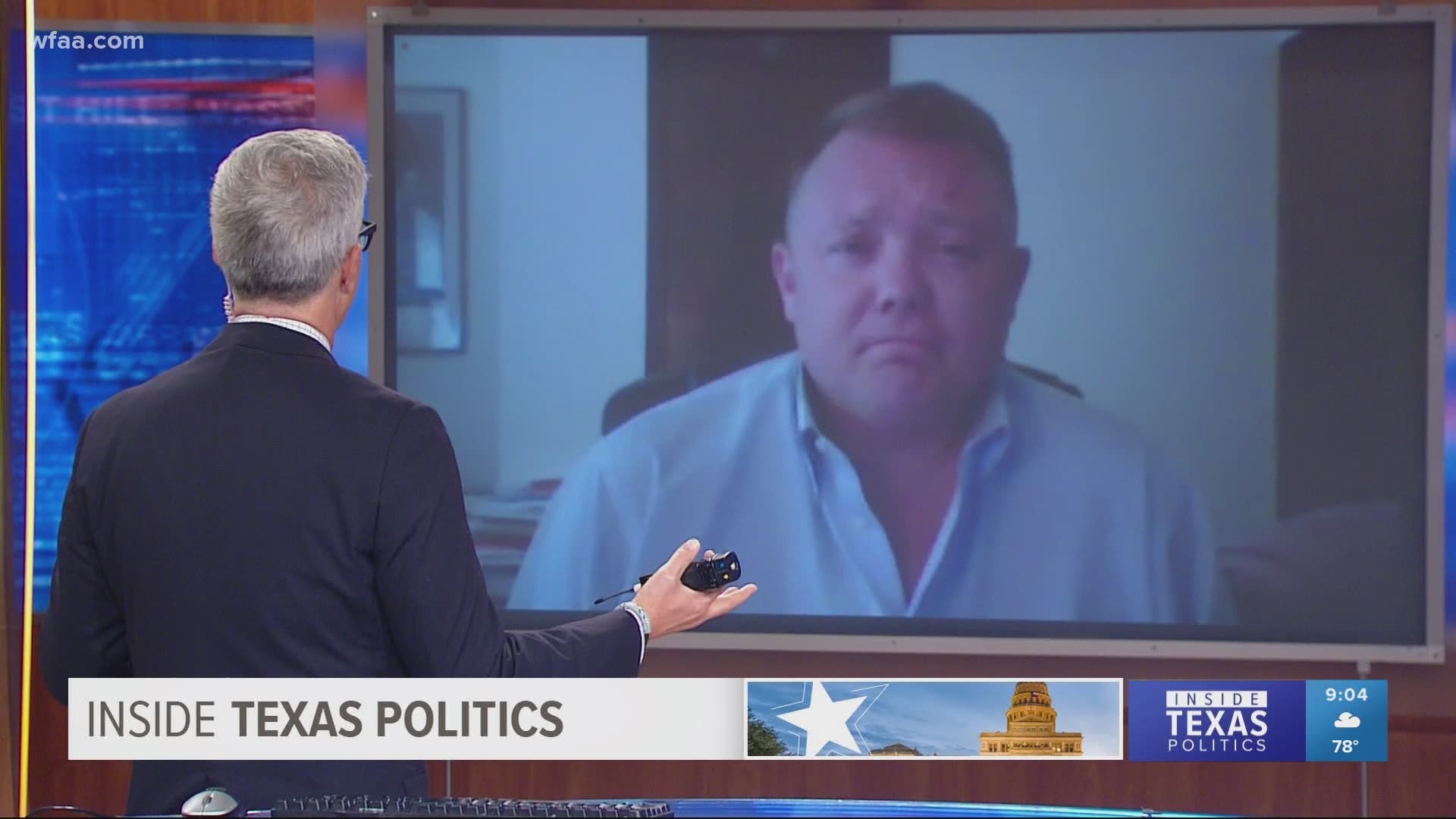 Houston Mayor Sylvester Turner – a Democrat – sparked a political firestorm this week when he pulled the plug on the Texas Republican Party convention. The convention was scheduled to take place this upcoming week in Houston.

But the city has been hit hard by COVID-19, and the mayor said he didn't want the GOP meeting to go on.for health and safety reasons.

“There was no perfect option,” said Matt Mackowiak, Travis County Republican chair. “There are risks to doing an event like this. You have people coming in from all over the state of Texas, perhaps bringing coronavirus with them if they’re asymptomatic.”

Mackowiak said, even with safety precautions, there was a chance delegates could contract the virus and take it back to their communities.

Around 6,000 people were expected to attend the event in Houston, though a number of state leaders, including Gov. Greg Abbott, were planning to address the convention virtually.

But, Mackowiak said, the Republican convention had gone beyond Houston’s public health guidelines in preparation, including canceling events, adding hand sanitizer stations, temperature checks, and encouraging, but not requiring, attendees to wear masks.

“I think the timing of this,” he said, in reference to the decision to cancel the event, “is the biggest thing I’d have a problem with.”

The announcement the convention was being canceled came just a week before the event was set to take place.

Now, Republicans are fighting legally to still hold their convention. At least two lawsuits have been filed by Republicans.

Mackowiak is a political and communications consultant, president of Potomac Strategy Group (PSG), LLC, and has served in senior roles for two U.S. Senators, a governor and in the Bush administration.

Watch this week's entire episode of Inside Texas Politics below:

Ross Ramsey with the Texas Tribune joined David Schechter to discuss this week's top stories in the state.

1. A day after Texas set another record, surpassing 10,000 new daily confirmed COVID-19 cases, the City of Houston canceled the Texas Republican Party's convention. The Texas Medical Association had already pulled its support of the event. And elected officials including Gov. Greg Abbott and Lt. Gov. Dan Patrick planned to give their scheduled speeches virtually.

2. A new poll says a majority of Texans think it's going to be a while before the pandemic allows a return to something like normal. Major events like the State Fair of Texas and Fiesta San Antonio have been canceled. The governor is totally running the show. Politically speaking, who's winning and who's losing?

Texas schools start reopening in a few weeks. The Texas Education Agency issued guidelines on how to safely bring kids back to school. Still, many people question whether state and local school districts will be ready.

State Sen. Beverly Powell, also the former Burleson ISD school board president, thinks it's too early to bring students back into the classroom.

“I do believe it’s irresponsible to consider opening schools at a time when our COVID cases are on the rise, when our hospitals are concerned,” Powell said.

Powell, a Democrat who sits on the Senate Education Committee, said the focus since day one has been on the health and safety of students and educators.

Another issue at hand for schools – how to pay for the extra measures necessary to reopen during the coronavirus pandemic.

“This is not an area that we can scrimp on,” said Powell. “We have to be certain that our classrooms are sanitized. That we set up systems that allow our children to be protected in the best ways possible.”

Powell represents District 10, which covers much of Tarrant County, including Fort Worth.

According to a recent New York Times report, the impacts of the novel coronavirus fall more heavily on Black and Hispanic communities.

These groups are nearly twice as likely as white people to die from the virus and three times as likely to become infected. Even worse, the hospitalization rate for the virus for both Black and Hispanic residents is more than four times the rate for white residents.

Former State Rep. Helen Giddings says COVID-19 has put a spotlight on how minorities are under-served when it comes to healthcare, and that Abbott needs to do more.

Giddings is asking the governor to re-institute an Office of Minority Health.

“We need to take a real look at what’s going on,” she said.

The biggest thing needed, Giddings said, is research, information and data to guide efforts in supporting those minority populations.

Giddings is asking the state to begin funding the office again after it lost its funding in 2017.

1. Runoff Election: It feels like no one's paying attention to the MJ Hegar- Royce West U.S. Senate race. But Hegar started with a huge lead, and West has cut it way down. Is this race exciting people even though hardly anyone seems to be talking about it?

2. Texas Education Agency school guidelines: The Texas legislature has been absent while Governor Abbott calls the shots. Should they take a bigger swing at this? Can schools be ready?

The state rolled out some rules for public schools to follow this fall. Who wins? Who's nervous?

More from Inside Texas Politics: