With everything going on this year, you might have forgotten about the runoff elections on Tuesday. Don't stress. KAGS has you covered. 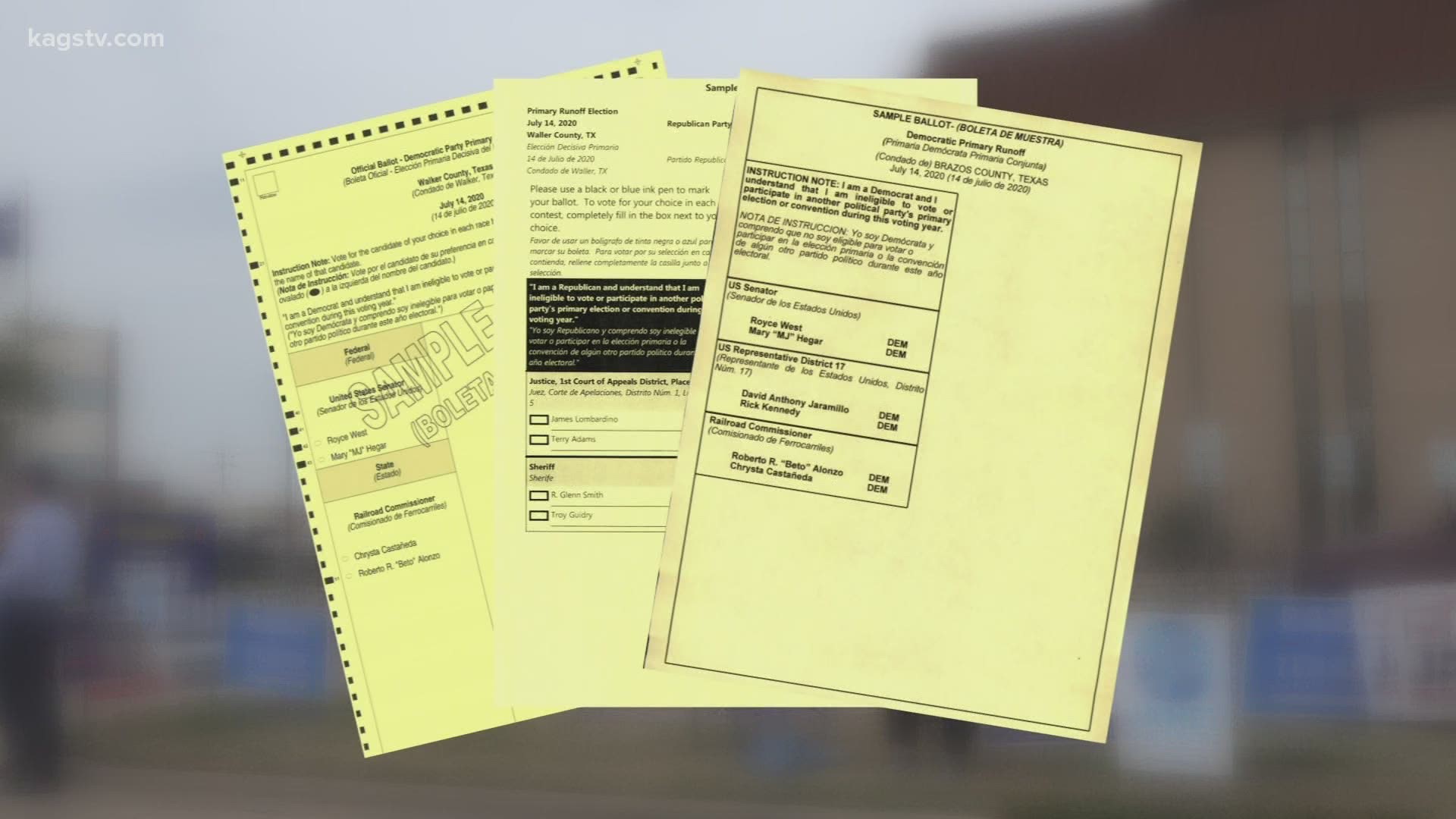 BRYAN, Texas — There are runoff elections for both parties in several counties in the Brazos Valley.

If you’re a voter in Waller, Grimes or Washington Counties, listen up!

Republicans in those counties are able vote for the justice 1st court of appeals place five seat between James Lombardino and Terry Adams.

Those in Waller County also get to vote on their sheriff’s seat, between Glenn Smith and Troy Guidry.

In Brazos County, Republicans have another choice: the County Commissioner Precinct 1 seat.

It’s between two folks in each party.

Brazos Valley Democrats have a few more decisions to make though.

Democrats in Waller, Grimes and Washington counties will also need to choose their pick for the Justice 14th Court of Appeals District, Place 7 seat.

In Waller and Washington Counties, the U.S. Representative for District 10 seat is up for grabs, and you’ll see it on the democratic ballot.

Before you go to the polls, make sure you bring a valid form of I.D.

That can be a voter I.D. card, Texas drivers license, or passport.

You can find out where to vote and get a look at sample ballots for each county in our runoff elections story HERE.

You can find some examples of how local officials are keeping voters safe during this time here.

Live Election Results for KAGS in Bryan | kagstv.com
Local News and Information for Bryan, Texas and surrounding areas. KAGSTV.com is the official website for KAGS-TV, Channel 6, your trusted source for breaking news, weather and sports in Bryan, TX. KAGSTV.com

RELATED: Brazos County: What voting looks like during COVID-19