Obrador held the rally at the corner of Calle Segunda and Avenida Constitucion in downtown Tijuana. 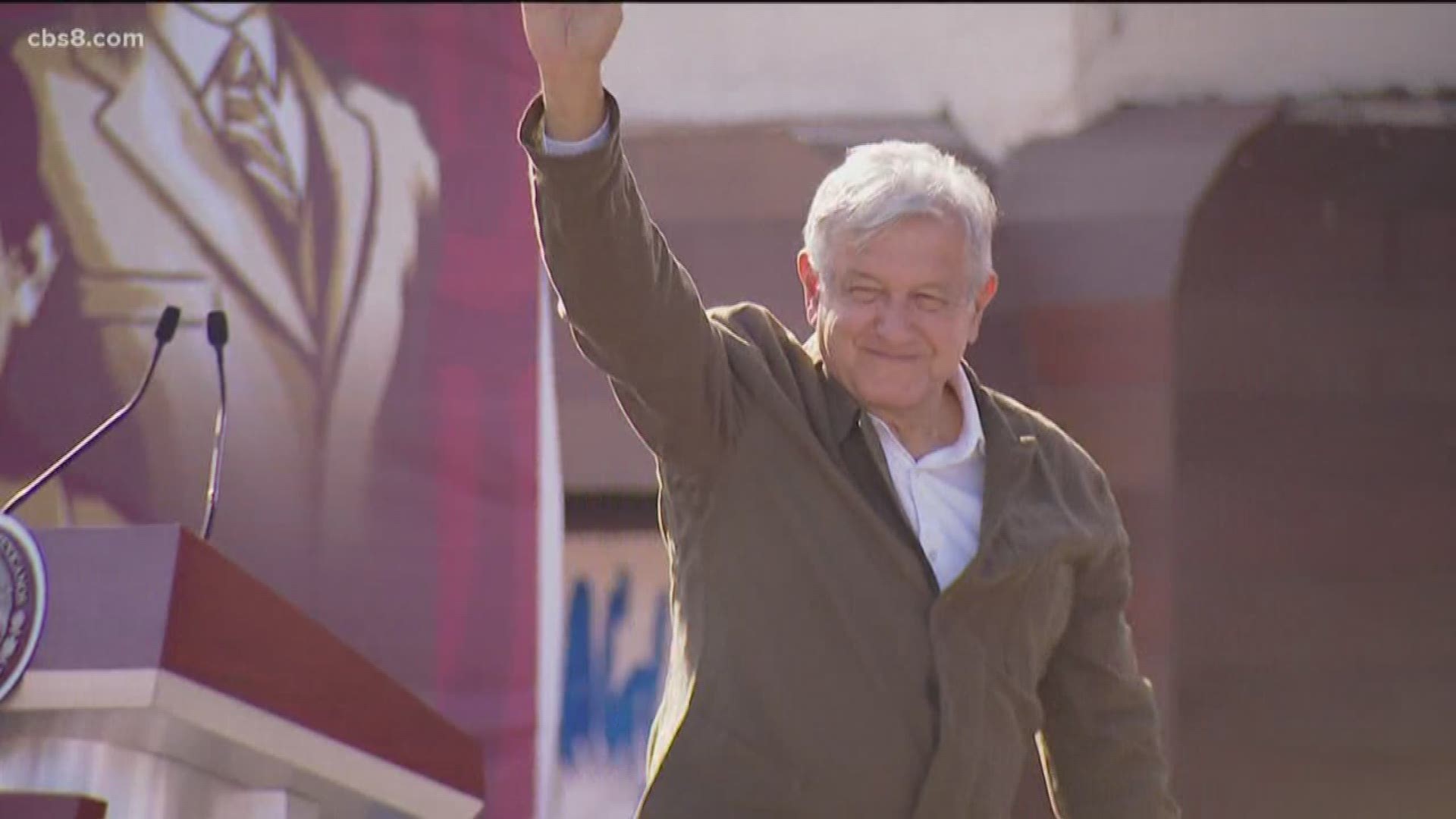 TIJUANA, Baja California — Mexican President Andres Manuel Lopez Obrador held a rally in downtown Tijuana on Saturday to call for unity between the U.S. and Mexico.

Obrador announced the rally during a news conference earlier this week after President Donald Trump threatened to impose a 5% tariff June 10 on all Mexican imports if the Mexican government did not crack down on immigrants from countries like Guatemala entering its southern border and, ultimately, attempting to cross the U.S.-Mexico border illegally or otherwise.

The announcement of the rally came prior to a late Friday announcement that the U.S. will hold off on imposing tariffs, in exchange for a commitment from officials in Mexico to do more to curb illegal immigration.

Trump had said the tariffs could rise to as high as 25% by Oct. 1, a threat that was met with concern from local and national business advocacy groups as well as members of Congress. The San Diego Regional Chamber of Commerce said the proposal would be "significantly damaging" to the region's $2.5 billion manufacturing supply chain with Mexico.

The proposal had also bred concern for the future of the U.S.-Mexico- Canada Agreement, a trade deal that would replace the North American Free Trade Agreement. The three countries aimed to ratify the deal at some point this year after signing it last November.

Mexican officials and diplomats have held discussions with U.S. officials throughout the week in an attempt to reach a deal to stave off the tariffs. In addition to calling for unity, Obrador plans to discuss how the country will respond if the U.S. eventually goes through with the tariff proposal.