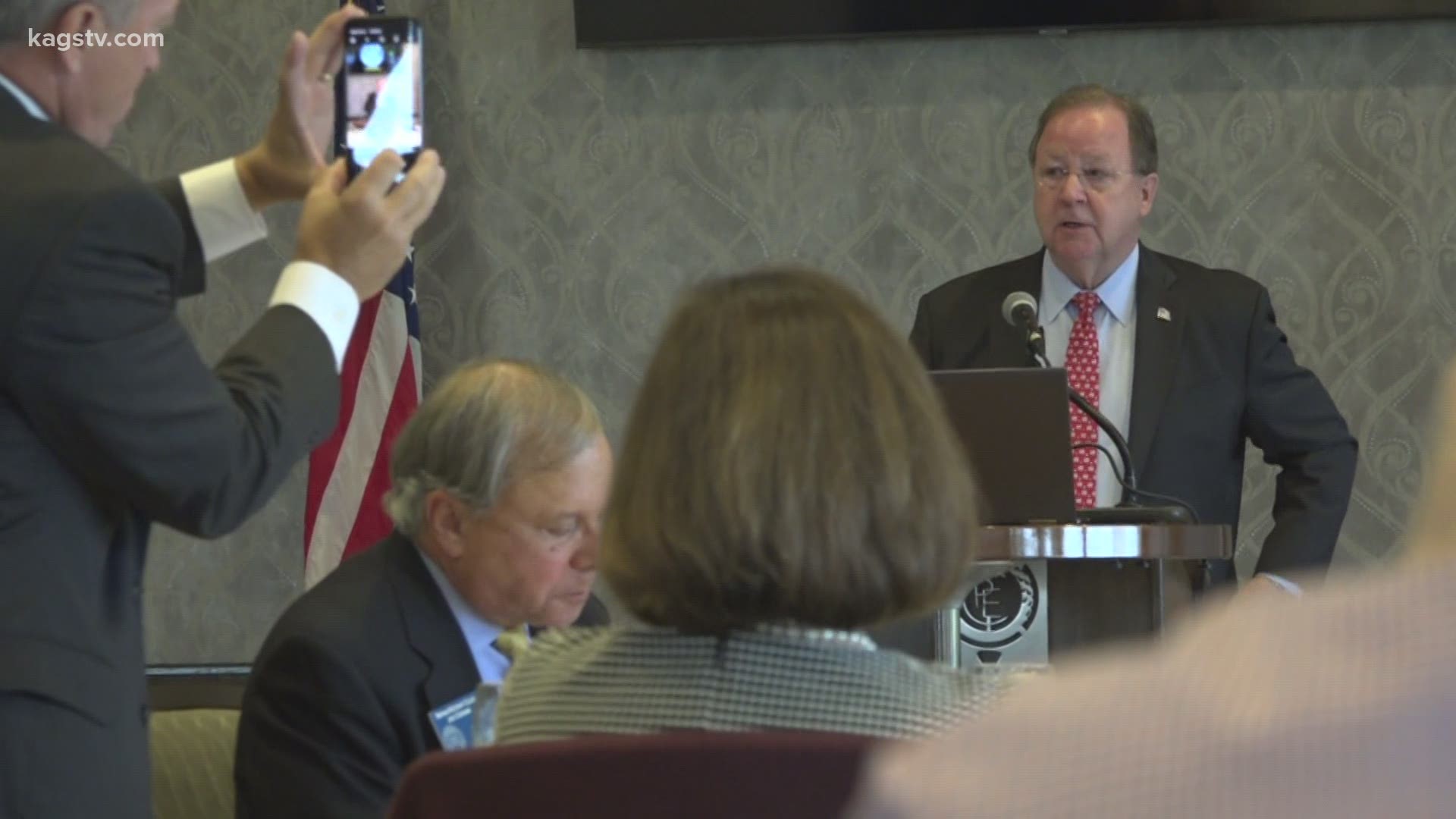 BRYAN, Texas — Representative Bill Flores is on his way out of his seat in Congress.

His last day of serving as a representative is on January 3, 2020, but he wanted the public to know his service will not stop there.

He spoke at the Bryan Rotary Club on Wednesday about his time as a Congressman, how Texas and the nation is faring during the pandemic and the election season.

While speaking about the status of COVID-19, he noted he has "so much faith" in the upcoming vaccine, he signed up to participate in the Phase III trials.

His reason for doing so was two-fold.

.@RepBillFlores is speaking at the Bryan Rotary Club about COVID-19, his time in public service and other issues. Find out what he had to say tonight on @KAGSnews ! pic.twitter.com/Svf9plpyrS

"I wanted to be part of helping it to get to the finish line so that we can get mass quantities of doses out there. The sooner we get them out the better, in terms of our country returning back to approaching normal."

Rep. Flores wants others to know the COVID-19 vaccine is about health, not about playing politics. "There is no therapeutic drug and no vaccine that's going to come out before it meets a test of 'safe' and 'effective," he said. "If anybody says otherwise, they're doing it for political reasons.'"

The Congressman was re-elected to five two-year terms in office.

His seat is being contested by Pete Sessions (R), Rick Kennedy (D) and Ted Brown (L).

You can find more information on the November 3 Election on our KAGS Voter Guide below.