The "Damon Allen Act" requires defendants accused of violent crimes to pay cash to get out of jail. 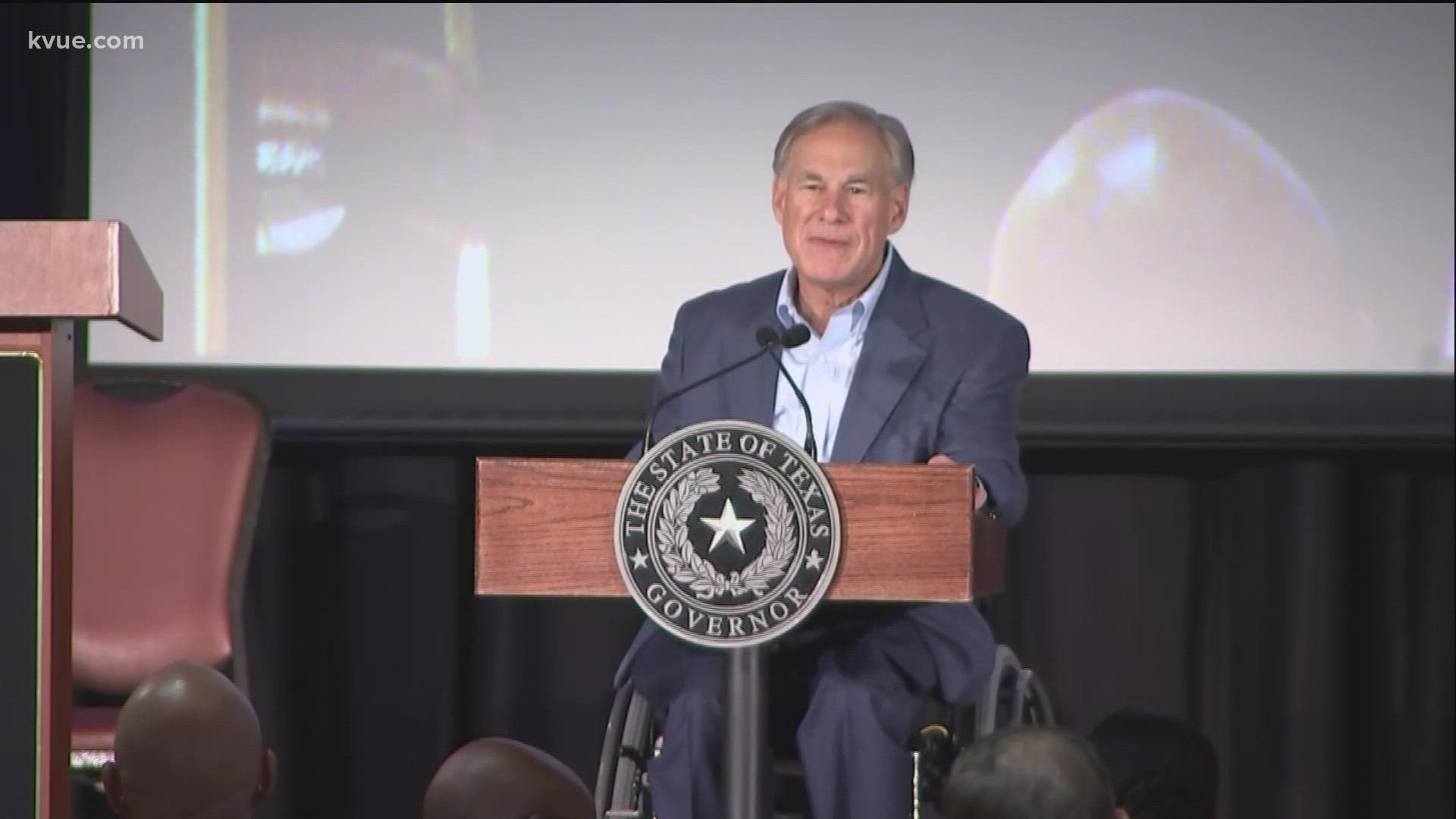 AUSTIN, Texas — Gov. Greg Abbott has signed new bail reform legislation into law. The Texas House of Representatives passed Senate Bill 6, or the "Damon Allen Act," 85-40, on Aug. 30; the State Senate approved amendments to the bill on Aug. 31; and the governor signed it into law on Monday, Sept. 13.

The Damon Allen Act prohibits the release on personal bond of defendants charged with an offense involving violence or who are charged while released on bail.

Personal bond is a written contract in which a defendant agrees to appear at all required court dates. No payment is required.

The law also says a defendant must be granted personal bond, surety or cash bond or denied bail within 48 hours of being arrested. It would require judicial training, data collection and officials to looks at the defendant’s criminal history before setting bail, according to a report from The Texas Tribune.

The legislation originally passed in the Senate on Aug. 9 during the Legislature’s second special session.

Texas House Democrats left for Washington, D.C., to break quorum during the Legislature’s first special session in July. The House met quorum and began conducting business for the first time in over a month on Aug. 19.

"Thank you to Senator Joan Huffman, Representatives Kyle Kacal, Andrew Murr, and Reggie Smith, Lieutenant Governor Dan Patrick, and House Speaker Dade Phelan for your leadership on the Damon Allen Act, which will reform our broken bail system in Texas and keep our communities safe. Public safety is at risk because of our current bail system that recklessly allows dangerous criminals back onto our streets, which is why I made bail reform an emergency item during the 87th Legislative Session.

"This important piece of legislation is named after Trooper Damon Allen, who was horrifically murdered in 2017 because a local magistrate released a violent criminal back onto our streets. His killer was out on a $15,000 bond despite having previously been convicted for a charge arising from assaulting a public servant, and having been arrested on charges of evading arrest and aggravated assault on a public servant. Senate Bill 6 will help prevent senseless murders like this in the future. I look forward to signing the Damon Allen Act into law and ensuring that our communities remain safe and secure."