The bill was filed by Rep. James Talarico, a Round Rock native and former public school teacher. 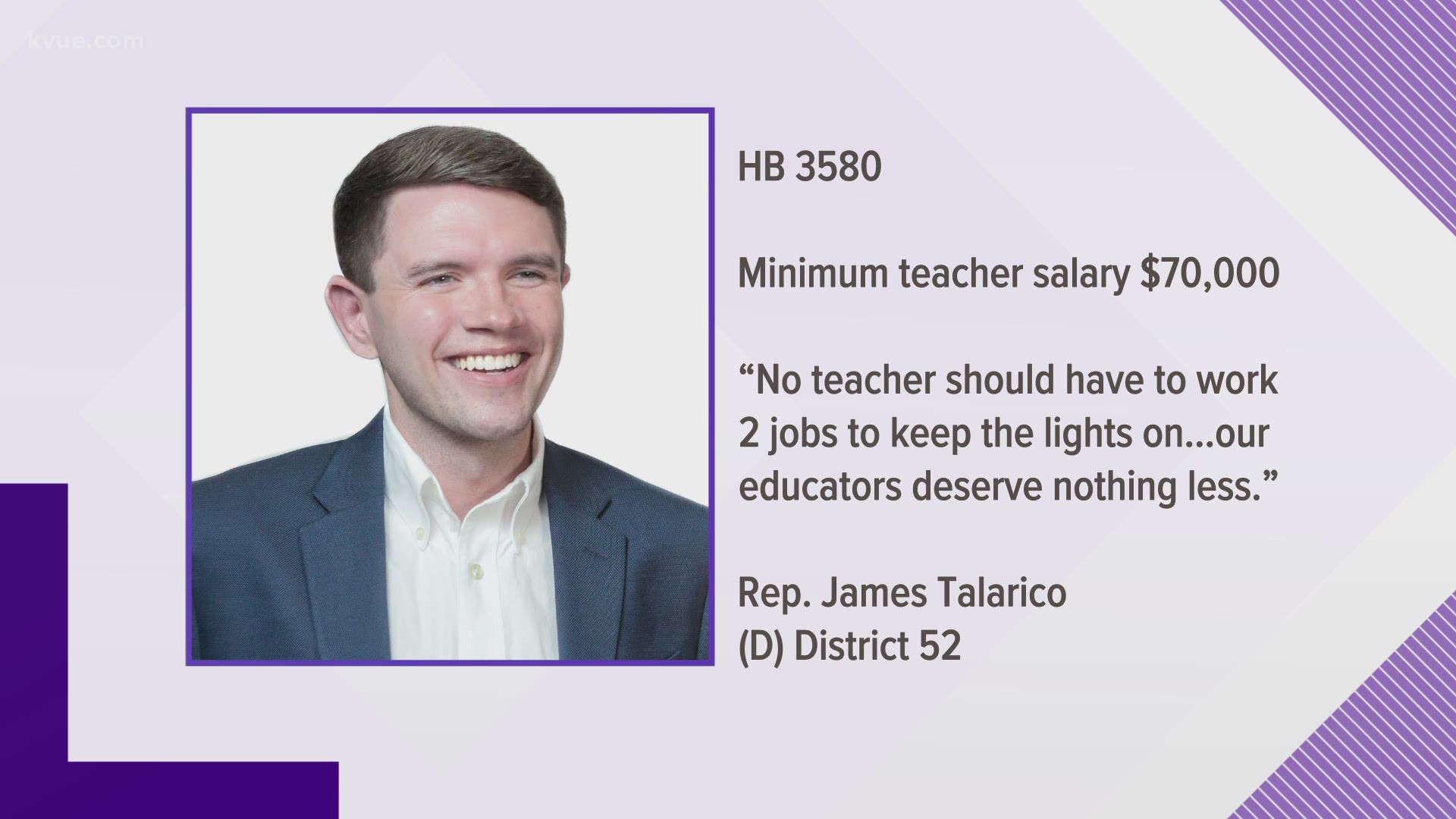 AUSTIN, Texas — Following a tough year defined by a pandemic that put a heavy strain on teachers across the nation, a Texas representative has filed a bill aimed at raising the minimum salary for teachers.

On Thursday, Rep. James Talarico (D-Round Rock) announced that he filed HB 3580, which would set the minimum salary at $70,000, with an adjustment for inflation and an increase over time.

“No teacher should have to work two jobs to keep the lights on. As a former teacher, I watched my coworkers drive for Uber at night and sell their blood plasma for extra money,” said Talarico. “In only 12 months, our teachers have endured a global pandemic, an economic collapse, and a deadly winter storm. I’m filing HB 3580 mandating a minimum salary of $70,000 for every teacher in Texas because our educators deserve nothing less.”

Before being elected to the Texas House of Representative, the Round Rock native served as a public school teacher and as the executive director for a nonprofit that provides technology to students.

He earned a bachelor's degree in government from the University of Texas and a master's degree in education policy from Harvard University. After his studies, he taught sixth grade at Rhodes Middle School in San Antonio.

Today, he serves as the youngest member of the Texas Legislature and sits on the Calendars Committee, the Public Education Committee and the Juvenile Justice and Family Issues Committee.