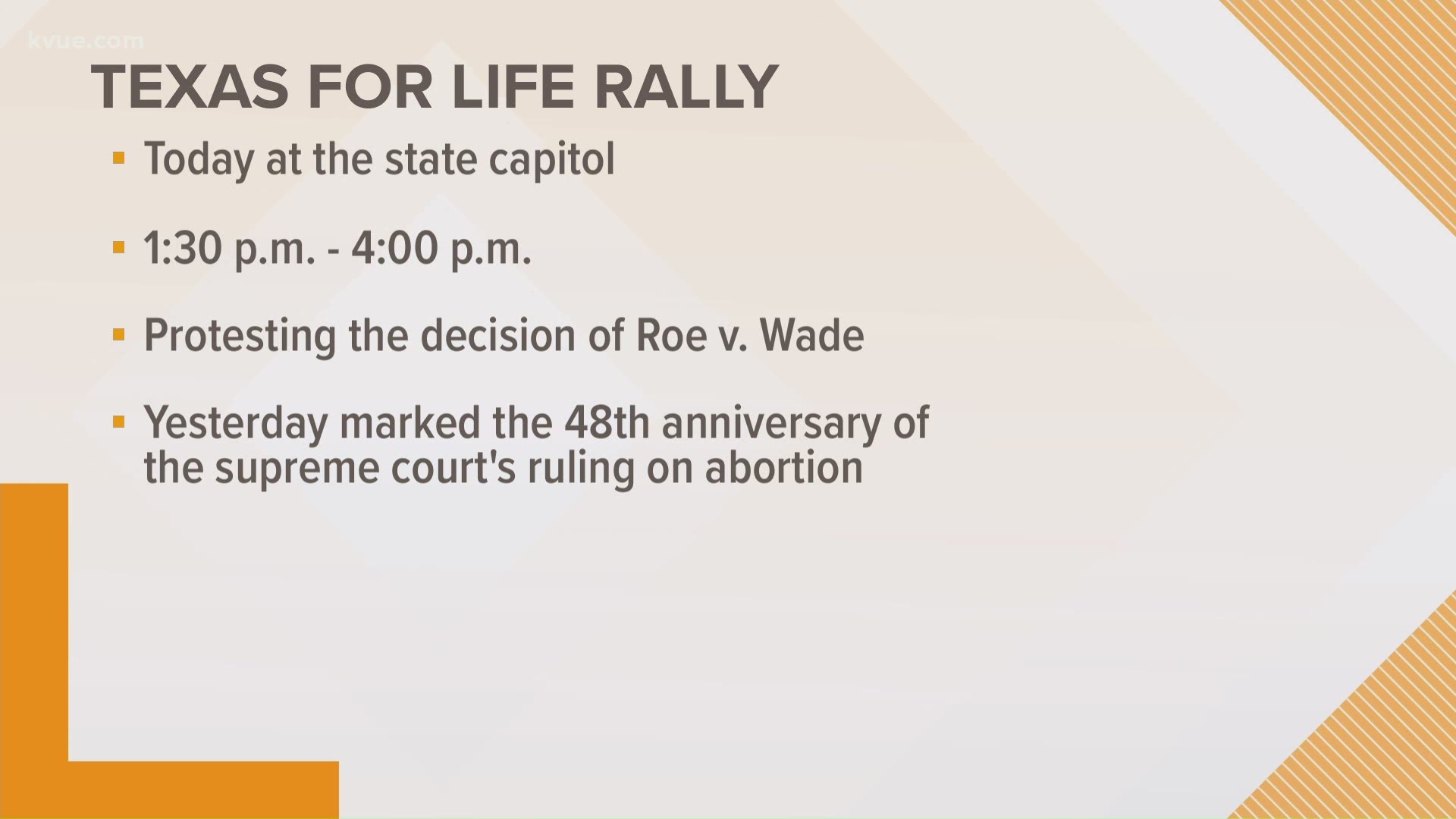 AUSTIN, Texas — The 2021 Texas Rally for Life was held at the Texas State Capitol on Saturday afternoon.

The landmark Supreme Court decision ruled the U.S. Constitution protects a woman's right to choose to have an abortion without excessive government restriction.

The event began at 1:30 p.m. and continued until 4 p.m. Those wishing to participate in the caravan were asked to gather at the designated parking garages near the Capitol at 14th Street and San Jacinto Boulevard. Vehicles were expected to be dispatched from the garages starting at 1:30 p.m. to start the 30-minute loop around the city and around the Texas Capitol perimeter.

Starting at 2 p.m., a livestream began from a stage within sight of the Capitol. Those continuing to caravan can listen to the event's broadcast on The Bridge at 101.1 FM and 1120 AM.

Participating organizations included the Texas Alliance for Life, Young Conservatives of Texas and dozens of others.

The Texas Handmaids, a pro-choice nonprofit organization, were counter-protesting the Texas Rally for Life on Saturday.

On Friday, the White House released a statement regarding the anniversary of the Roe v. Wade ruling, saying in part, "We are deeply committed to making sure everyone has access to care – including reproductive health care – regardless of income, race, zip code, health insurance status or immigration status."

Bastrop County aims to vaccinate all residents within 90 days

As Walmart readies to offer vaccines in Texas, Bastrop pharmacy says doses not available yet