Senator Charles Schwertner spoke to the Bryan Rotary Club Wednesday about topics surrounding the upcoming elections and why people need to do more than just vote. 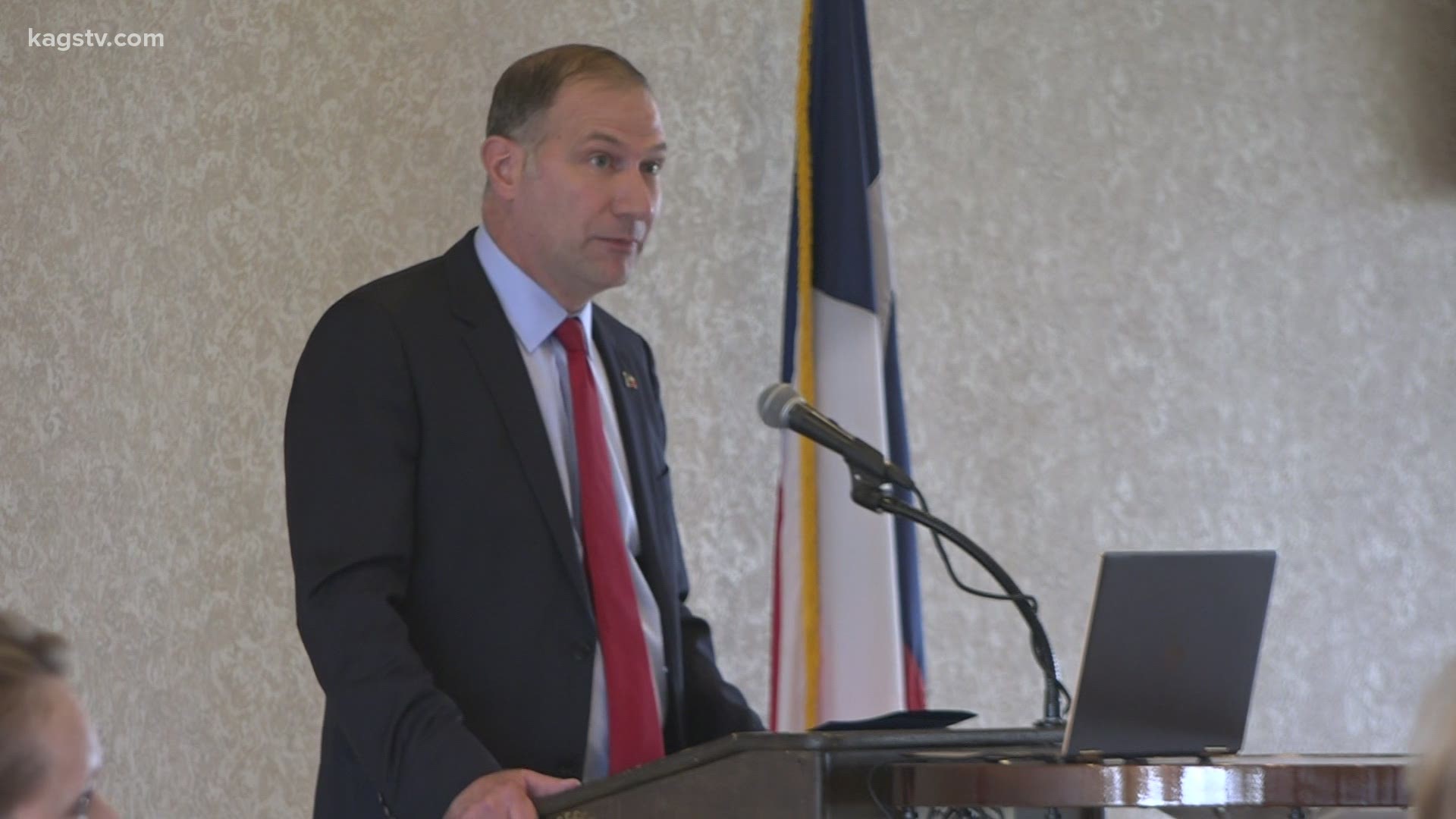 The District 5 senator spoke to the Bryan Rotary Club Wednesday about topics surrounding the upcoming elections, the pandemic and why people need to do more than just vote.

“It includes learning the issues, becoming involved, understanding America and the historical aspects of America and making an informed decision about the candidates they support and the policies they want to be enacted," said Schwertner.

Schwertner has been representing District 5 on the Texas senate since 2013. He considers himself a life-long fiscal and social conservative. He represents a ten-county region of Central and East Texas that includes Brazos, Freestone, Grimes, Leon, Limestone, Madison, Milam, Robertson, Walker and Williamson Counties.

“I believe in the individual over the state, that’s just my core foundation," Schwertner said.

During his time in office, he’s noticed more of a lack of involvement in people than there has been in the past.

“I don’t think there are as many discussions among family members at the dinner table as there was," Schwertner said.

Schwertner said there has been a decades-long rise of the executive power, where almost to the point that the only race that matters is the presidential election. People should be aware of their local and state elections.

“I do think the rise of that executive branch power left unchecked does lead to very bad things," Schwertner said.

He believes there needs to be a drastic change in Washington with tax reform, entitlement reform, balanced budgets, term limits and the repeal of the 17th amendment.

Schwertner would like to see an increase in state powers checking more of the federal powers. It just comes back to citizens keeping up with what is going on around them.

“From a historical standpoint but also from a local standpoint, [like] morals, values, ethics and decide where they stand and get involved," Schwertner said.

It was a pleasure speaking with the Bryan Rotary Club today. It’s always a wonderful opportunity to meet with a group interested in civic engagement and committed to serving its community. pic.twitter.com/Dpz98XxZwv