Miami-area condo collapses; 1 dead, 35 rescued, as many as 51 unaccounted for

Rescue crews are still working to "tunnel in" and locate additional survivors.

Latest updates can be found here.

A high-rise building partially collapsed early Thursday morning in Surfside, killing at least one person. Many more are feared dead.

Scores of fire and rescue teams rushed to the area as part of a massive search and rescue operation.

Assistant Fire Chief of Operations Ray Jadallah of Miami-Dade Fire Rescue says 55 of the 136 units at the apartment collapsed around 1:30 a.m.

According to Jadallah, at least 37 people have been rescued from the collapse site with two people being pulled from the rubble. Of those, officials say 11 were treated for injuries, and four were transported to area hospitals.

Rescue crews are still working to "tunnel in" and locate additional survivors. And, the search and rescue efforts will continue throughout the night into Friday.

“We're going to do everything we can possibly do to identify and rescue those who have been trapped in the rubble," Daniella Levine Cava, mayor of Miami-Dade County, said.

Fire Rescue reports around 60-70 firefighters are taking shifts to continue underground search and rescue efforts through sonar, search cameras and K9s. According to Jadallah, sounds of possible banging have been received but they've not heard any sounds related to people who could be under the rubble.

“This process is slow and methodical," Jadallah said.

Just after 5:30 p.m., Miami-Dade Fire Rescue says they are working in the basement parking garage at Champlain Towers as they continue to try to locate people potentially still trapped.

At this moment it is critical that @GovRonDeSantis declare a state of emergency for the building collapse in Surfside so the federal government can allocate resources we desperately need. I have asked the Governor to do this immediately – there is no time to waste.

"At this moment it is critical that @GovRonDeSantis declare a state of emergency for the building collapse in Surfside so the federal government can allocate resources we desperately need," she tweeted earlier in the day.

Miami-Dade police report at least 99 people, assumed to living in the collapsed building, are still missing more than 12 hours after the collapse. Cava did add that an updated number of 102 Champlain Towers South residents have now been accounted for.

“The numbers are fluid and can fluctuate at any time," the police department told 10 Tampa Bay.

Among those reported missing are family members of the first lady of Paraguay.

A posting to Paraguay's Ministry of Foreign Affairs website confirms it is monitoring the building's collapse through the Consulate General in Miami.

"So far, 6 disappeared Paraguayans have been registered, which would be: Luis Pettengill, Sophia López Moreira, Lady Luna Villalba, and three minors," the website states.

Visit Florida confirms none of its Airbnb rentals in the building were occupied at the time of the collapse.VRBO adds it does not have any listings at Champlain Towers South.

Video captured at the scene showed several rescues across the day, including a child being pulled out of the rubble following the collapse.

The collapse has caused a major emergency response with multiple fire and police crews on scene at 8777 Collins Ave., including more than 80 Miami-Dade Fire Rescue units, the department says.

The address belongs to the beachfront, 12-story, Champlain Towers, a residential condo building built in 1981 with more than 100 units. According to an investment profile, the condos ranged from one-to-four bedroom units, some as large as 4,500 square feet. Units had floor-to-ceiling glass windows, and the building offered beach access.

Photos and videos from the scene show the collapse affected half the tower which sent a cloud of debris through the neighborhood, coating cars up to two blocks away with a light layer of dust. Piles of rubble and debris surround the area just outside the building.

Surveillance video obtained by WSVN shows the moment the condo collapsed. The high-rise appears to fall in two phases before sending a plume of dust through the area.

Surveillance video shows the moment the condo collapsed in Surfside, Florida. The high-rise appears to fall in two phases before sending a plume of dust through the area. #Florida #Collapse pic.twitter.com/vUpNDiVxZx

Police have not yet shared what may have caused the collapse near 88th Street and Collins Avenue but say engineers are on-site to determine what structural issues impacted the building.

Miami-Dade Fire Rescue is continuing to assess the structure every hour, when the weather shifts and when the pile shifts, according to officials.

Later in the evening, a hotspot appeared at the collapse site as 10 Tampa Bay's Jennifer Titus reports strong smoke is filling the air. Emergency crews could be seen spraying fire hoses on top of the rubble at the site.

Fire officials later confirmed the small fire occurred as a result of the building shifting. Crews were able to douse the flames within 20 minutes.

Smoke fills the air.
It’s strong.
Emergency crews- fire hoses - I can see them just through it all on top of the rubble at the high rise that collapsed in Surfside. pic.twitter.com/KMntSflGpA

Gov. Ron DeSantis traveled to Surfside Thursday afternoon to tour around the collapse site saying it was "really, really traumatic to see a collapse of a structure like that.”

The governor thanked first responders for their efforts in saving the lives of those found in the building and among the rubble during a time when it was unclear if more of the structure would fall.

“We still have hope to be able to identify additional survivors," DeSantis said.

The state with the help of the Red Cross has set up short-term hotels for those displaced. The governor said the state is also working to assist those in any way it can with longer-term needs.

The Florida Department of Economic Opportunity has also activated the Business Damage Assessment Survey to gather information to provide resources to help the community recover. You can complete the survey here by searching "Surfside Condo Collapse" or by calling 805-815-4925.

State emergency response teams spanning five agencies have been activated to assist, according to the Florida Department of Emergency Management. The biggest ask, so far, has been to provide traffic control devices to the impacted area.

"We will be here as long as we need to be to continue to assist the local county and municipal government with the needs that they have of us," FDEM Director Kevin Guthrie said.

Gov. DeSantis also spent some time over at the family reunification center to tour the efforts occurring to reconnect loved ones.

Thank you to those who have responded to the tragic building collapse in Surfside. These first responders saved lives. The state has emergency response personnel on site and will assist in any way it can.

Florida Sens. Marco Rubio and Rick Scott joined the governor in commenting on the tragedy and lauding the efforts of first responders.

Surfside Mayor Charles W. Burkett said regular roof work was being done on the building that collapsed. It is unclear if any construction contributed to Thursday's events.

"There's no reason for this building to go down like that. Unless someone literally pulls out the supports from underneath, or it gets washed out, or there's a sinkhole or something like that," Burkett said.

A family reunification center has been set up at 9301 Collins Ave. in Surfside, Florida. If you cannot contact your loved one you are asked to call 305-614-1819.

Barry Cohen, 63, and his wife were sleeping in their condo when he told the Associated Press he first heard what sounded like a thunder crack. The couple rushed onto their balcony and saw rubble, dust and smoke.

“I couldn’t walk out past my doorway,” said Cohen, the former vice mayor of Surfside told the AP. “A gaping hole of rubble.”

As he and his wife made their way to the basement, they encountered running water and raced back upstairs. Their screams for help eventually led firefighters to rescue them with a cherry picker.

“I figured that it was a lightning storm,” resident Barry Cohen says following the partial collapse of a condo in Surfside, Florida, “and I realized it didn’t stop.”

“We opened up the door from our apartment and there was a huge pile of rubble.” https://t.co/DeZ2r3AFAe pic.twitter.com/NXn0vBz9ru

This is a developing story. Stay with 10 Tampa Bay for updates. 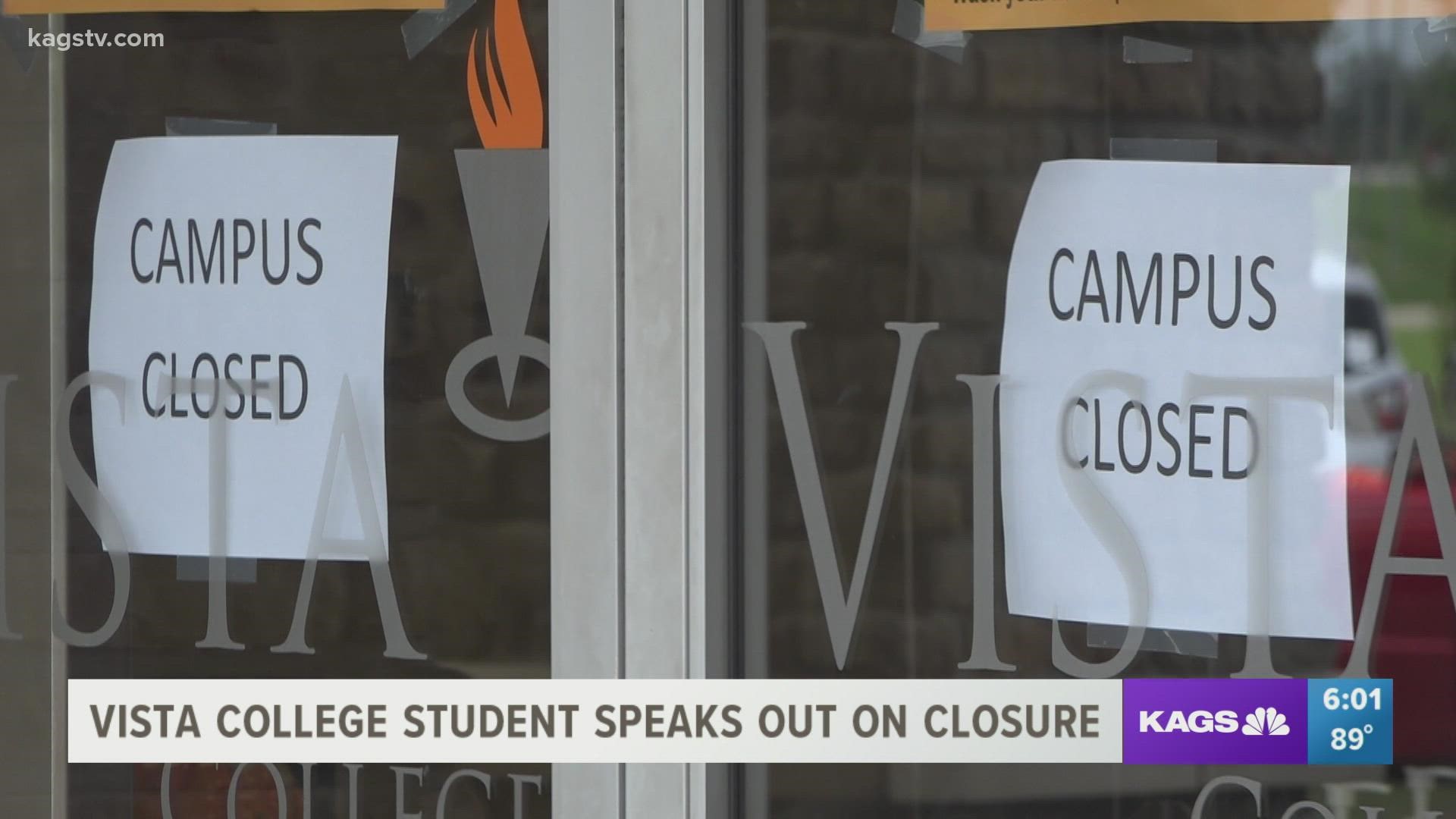