"A lot of them are coming over and they're wearing carpet on their shoes to try to mask any type of footprints.” 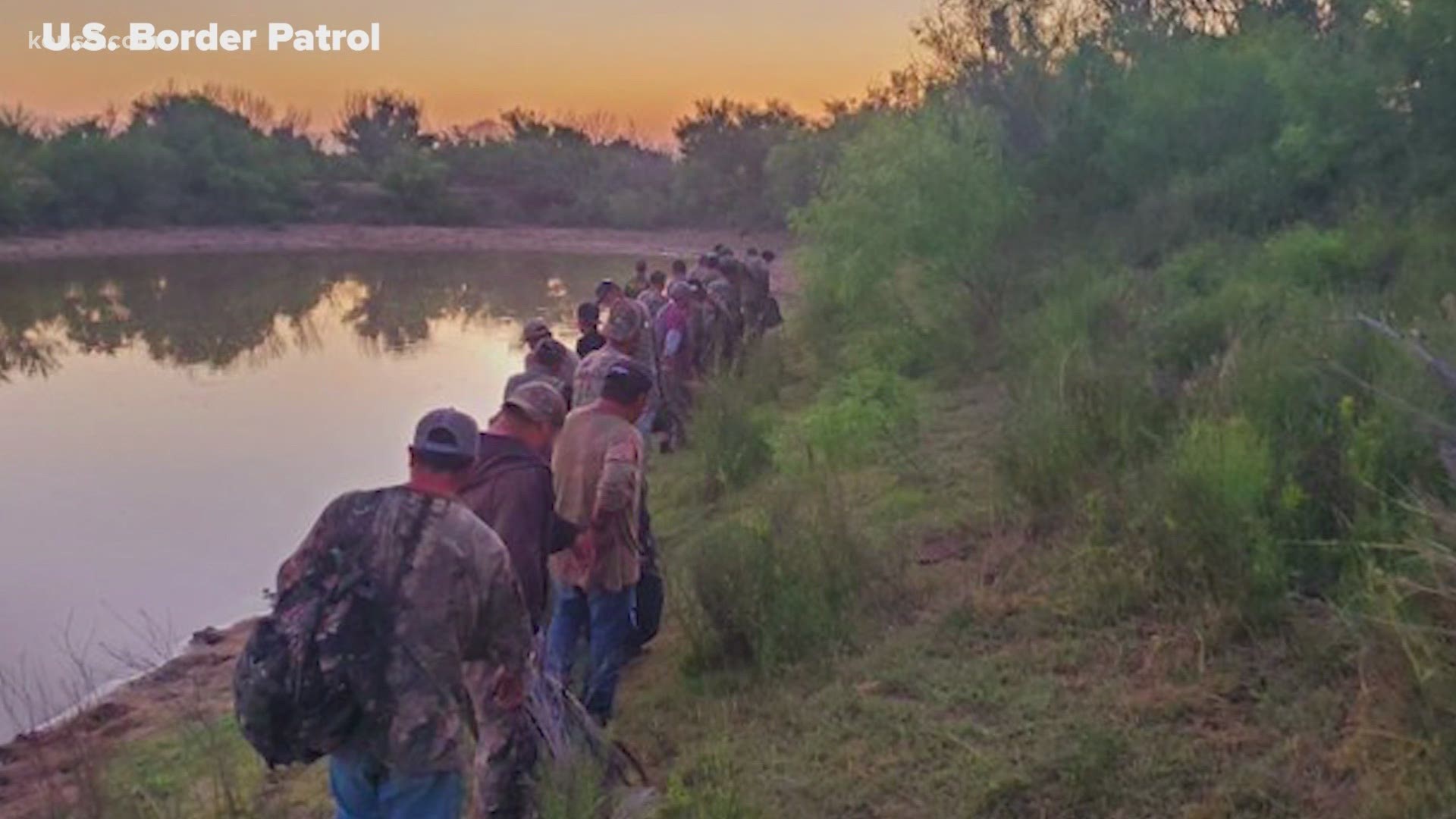 In response, Governor Greg Abbott deployed troopers from all over the state to help border patrol deal with the surge.

Most of the land along the border in the Del Rio area is rural, and often private property. So, tracking down migrants who are trying to get away from authorities can be a challenge for officers on the ground.

That’s where Texas DPS troopers, who Texans are used to seeing patrolling the highways, are stepping in to help from the skies.

“We'll go in there and fly on it and try to locate them,” said Lt. Donny Kindred with the DPS Aircraft Section.

It’s not a new mission for Kindred, who’s been stationed in Del Rio for years. But, in the last few months, activity has surged, keeping the team busy.

“They've utilized us probably tenfold to what we used to get. We're seeing a whole lot more pursuits, fail to yields, just because of the amount of traffic that's coming over,” said Kindred. “So, yeah, we're busy day and night.”

Kindred had been already working for 14 hours, and it was still early afternoon.

“We have a total of probably 40, 45 people we apprehended today, and a total of four or five different apprehensions in different locations we've flown on,” said Kindred.

“They're coming across in camouflage and or dark, real dark clothing. A lot of them are coming over and they're wearing carpet on their shoes to try to mask any type of footprints,” said Kindred. “It just makes it harder for the troops on the ground, the agents on the ground, to locate and track the sign.”

It takes a keen eye to spot the migrants who often are hiding in the brush or under trees.

“When a helicopter gets overhead, nine times out of ten, they'll go ahead and just bury in the brush and not move, and it gives us time,” said Kindred.

The Del Rio area has seen many large groups of migrants turning themselves in once they cross over into the U.S. But, Kindred said these migrants are not the focus of the air team.