Governor Greg Abbott said the state will not sit "idly by" while there is a humanitarian crisis at the border. 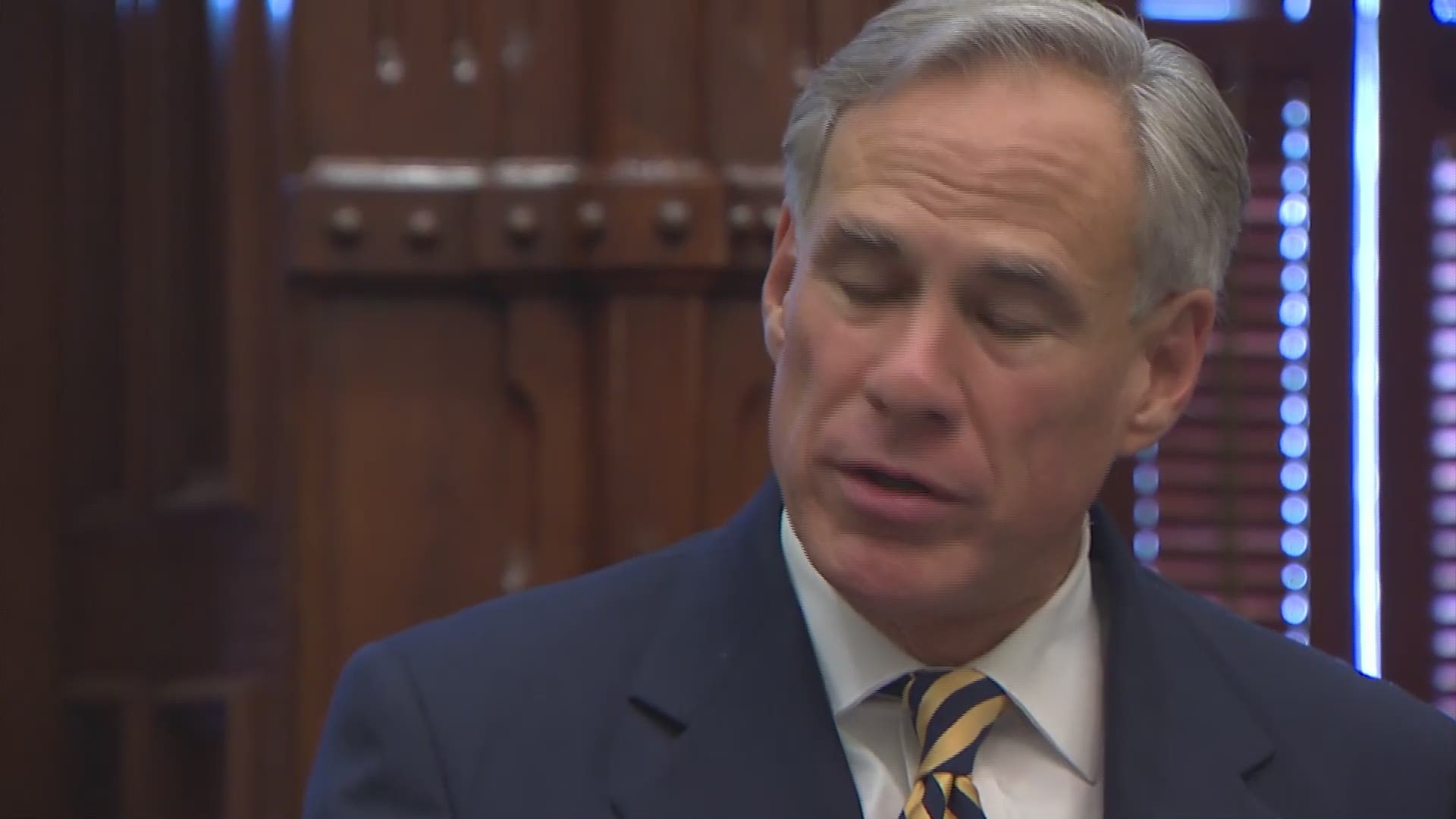 The troops, who started deploying Friday, will assist Department of Homeland Security (DHS) agents at new facilities in the Rio Grande Valley and El Paso that will be opened in the coming weeks. Those facilities will be for single adults apprehended while crossing the border. The troops will also help Customs and Border Patrol (CBP) agents at ports of entry along the border.

"Here's the deal," Gov. Abbott said, "and that is, because of this massive influx of people coming into the country illegally, the personnel of the Border Patrol is overwhelmed. They need more assistance. Congress is not providing the funding for that assistance, and while we wait for Congress to provide the funding, Texas is stepping up and helping out."

CBP is reporting a surge in the number of people coming into the country illegally. According to the agency, in May alone, more than 132,000 immigrants were taken into custody. Looking at the last seven years, that's more than double the previous high total for the month of May, which was about 60,000 back in 2014.

"Congress has failed to do its job. They harp about a humanitarian crisis and about reforming an immigration system, all the while, refusing to pass laws to fix the problem," Gov. Abbott said. "And it leaves states like Texas fending for themselves."

According to the governor, more than 45,000 people from 52 countries were caught illegally crossing the border into Texas in the past three weeks.

Lt. Gov. Patrick pointed out that over the last three legislative sessions, Texas lawmakers have allocated more than $800 million in the state's biennial budget for border security.

When asked if Texas' use of state resources at the border are enabling Congress to not take action, all three of the state's top leaders said they will not back down from their responsibility to keep Texans safe.

"Shame on Congress if they won't do their job," Speaker Dennis Bonnen said. "But we owe it to the people who elect us, just as they owe it to them to do the job. Just because they won't get their job done doesn't mean we're not going to do our job."

"Congress is a group of reprobates for not addressing a crisis on our border," Gov. Abbott added. "And we're not going to stand idly by and endanger the lives and safety of the State of Texas because Congress is refusing to do its job."

Earlier this week, a report uncovered troubling conditions some migrant children in Texas are being kept in. The Associated Press released a report after talking with lawyers who interviewed more than 60 children being held in a facility in Clint, which is near El Paso. Those lawyers say some 250 children are locked up without adequate food or water and are going weeks without bathing or a clean change of clothes.

"Literally, the United States is warehousing children in a 'Lord of the Flies' scenario," said Warren Binford in an Associated Press interview.

Gov. Abbott said the federal government will pay 100% of the cost to send the troops to the border and added the effort will also help expedite trade between the United States and Mexico. The mission is expected to be "short term."

Construction workers console each other after man falls from Houston overpass