We gathered students ranging in background, opinion, and political affiliation. All are studying politics and all had something to say. 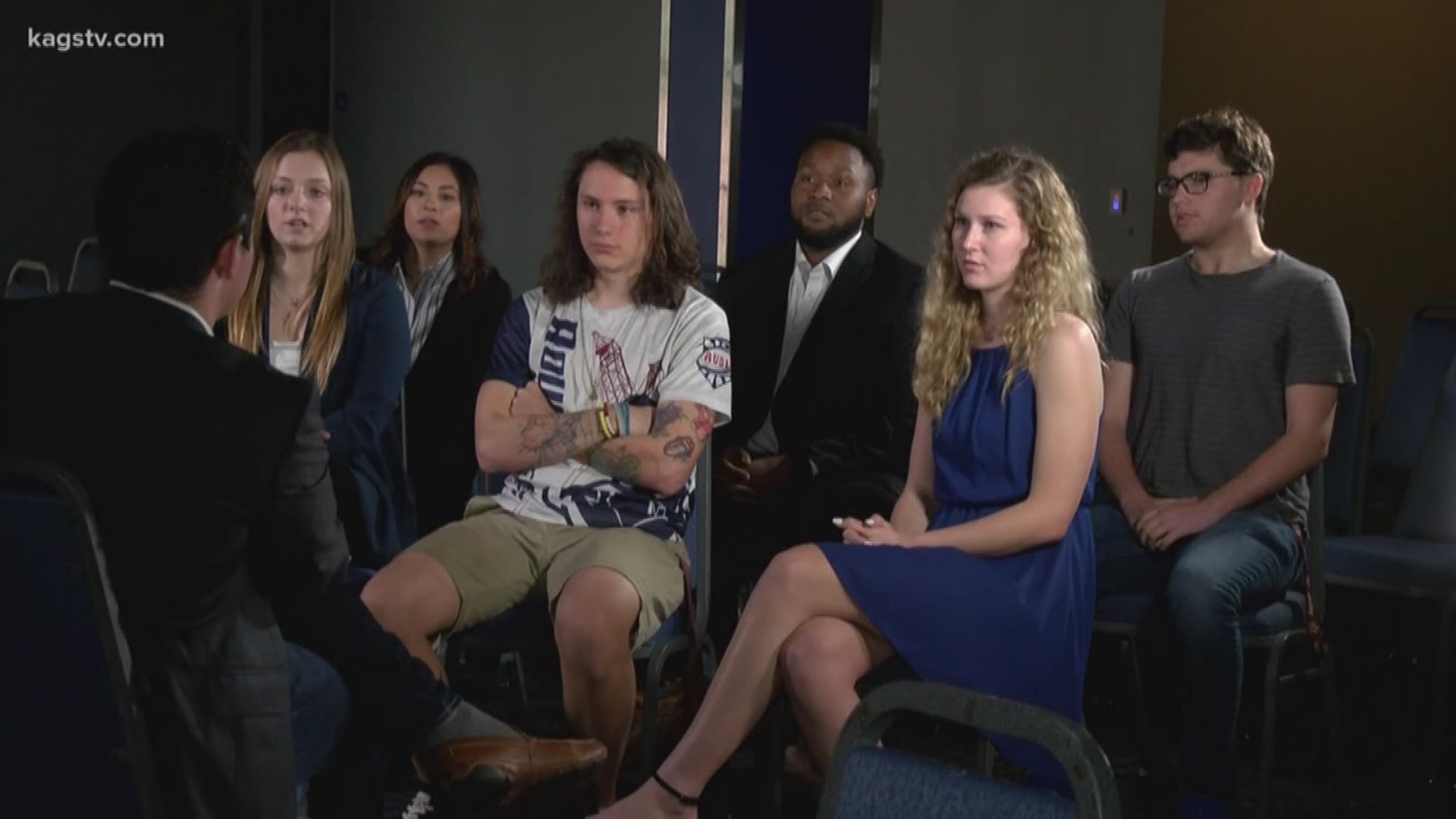 BRYAN, Texas — A day after President Trump's second State of the Union, Tuesday, KAGS gathered a number of Blinn College Politics students to react to the nation's political climate.

All six are currently in a Texas politics class, teaching them how to run for office and asking them to run campaigns of fictional candidates.

"No one really wants to talk about politics anymore," said student Stedman Harkless."

"It's really hard to find people you can have educated conversations with about issues like that," added Rylee Bowers.

Shannon Ross, one of the several students in the group who supports President Trump, said she feels that her opinion is unwelcome in large groups or with friends.

"The people around me will tell me I'm wrong or hate on [me] for it...for liking him and the things that he's doing," she added.

Five of the six students were in favor of a border wall, saying they believe it will enhance national security. But, all said they would rather avoid another government shutdown than see the government grind to another halt over wall negotiations.

National Security, ending gridlock in Congress, empowering women in politics, and foreign relations were issues the students said mattered most to them.

"My brother just got out [of the armed services]," said Harkless.

"Essentially, he almost was homeless. Right now that's a big issue for me," he added, underscoring the need for Veterans Affairs reform.

When asked why students their age are characteristically unlikely to vote, the students chalked it up to a lack of knowledge about the political process and laziness.

Each said they were planning on voting in the 2020 election.