It’s an unlikely place to find the fantasy series -- the backroom of a Texas library. But becoming buds with the brilliant writer himself has its perks. 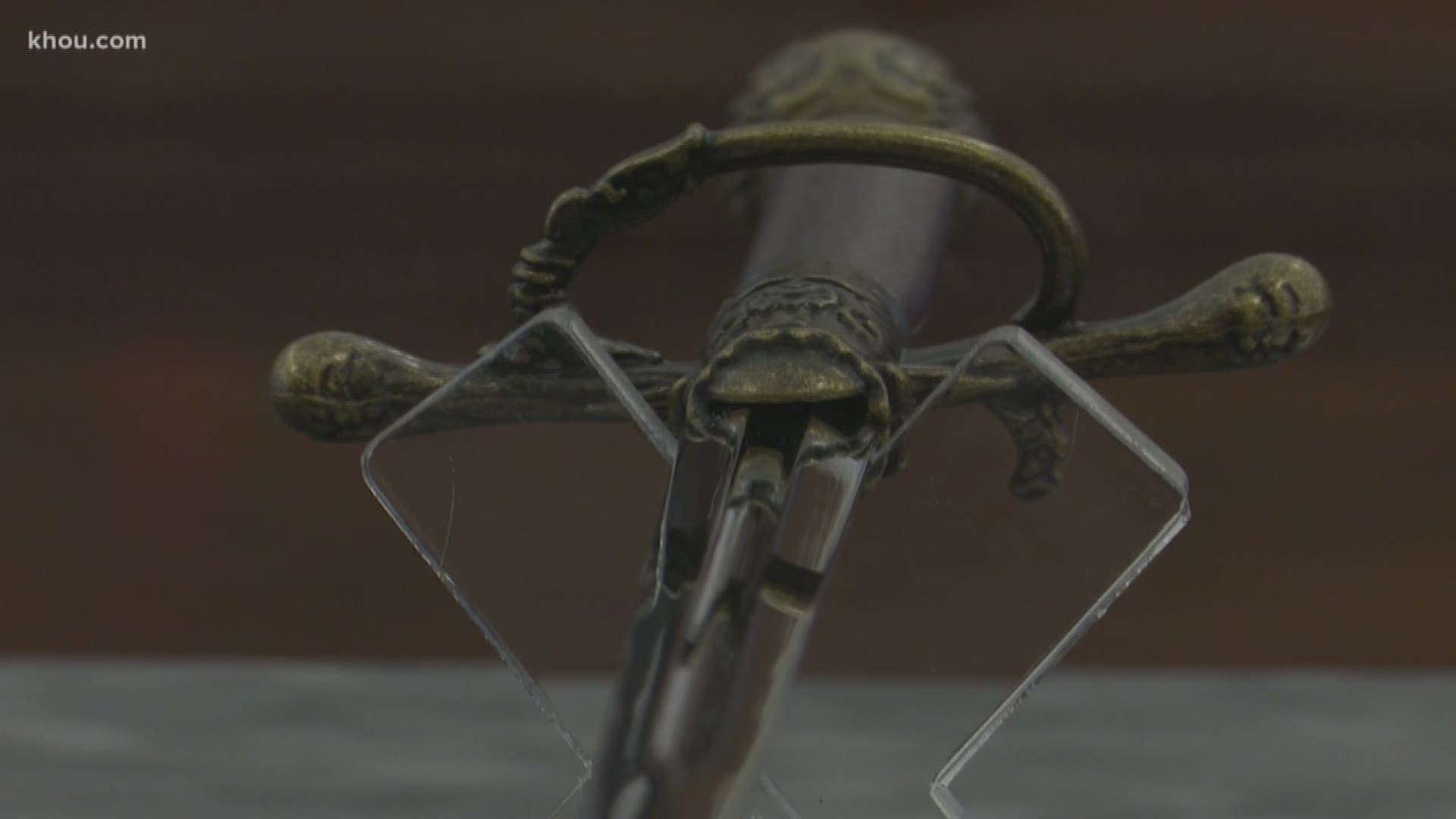 COLLEGE STATION, Texas — HBO launched its highly anticipated final season premiere of Game of Thrones. The global TV phenomenon has sparked excitement and pop-up events around the city, even a chase for the throne around the world.

But the Iron Throne just might land closer to home than you’d ever imagine.

It’s 80 degrees outside Texas A&M Cushing Memorial Library. Summer is around the corner, but inside the castle’s dungeons, Winter is here.

“So this is the wall. So what you’re looking here contains most of Martin's collection," Curator of Science Fiction and Fantasy Research Collection Jeremy Brett said.

It’s an unlikely place to find the fantasy series -- the backroom of a Texas library. But becoming buds with the brilliant writer himself has its perks.

“Sometimes it pays to be the first person to ask. Because people have asked him, 'why do you donate to A&M?', and he’s like because they asked me, no one else asked," Brett said.

You could call them the 'watchers on the wall.' They protect and preserve all of George R.R. Martin’s original manuscripts, correspondence, and yes, even his swords.

Whether you want to act like Arya, battle like Brienne or slay White Walkers like Jon Snow, the library has everything you want and more to make Westeros your reality.

It’s the only collection of its kind in the world, and while the weapons attract the most attention, Martin’s book collection rivals that of the Citadel.

More boxes arrive from martin on a monthly basis. But the biggest prize they could possess is one fit for a king.

“What HBO told Martin and what Martin told us, nothing is written in stone as far as I know, is that when the show is over, the idea is that they would give Martin two of the thrones. And what he said is that he would keep one in his office, like you do, and if this comes to pass, he would send the other one down to A&M. And we would keep it as part of his collection," Brett said.

If A&M is awarded a coveted throne, it would make Aggieland one of the only cities outside the Seven Kingdoms where you can become 'Protector of the Realm.'

All of the manuscripts and books are available for you to see any time the library is open, but if you would like to hold the weapons, the library asks that you make an appointment.

Game of Thrones: What you need to know before final season

Can this algorithm predict who will survive on 'Game of Thrones'?