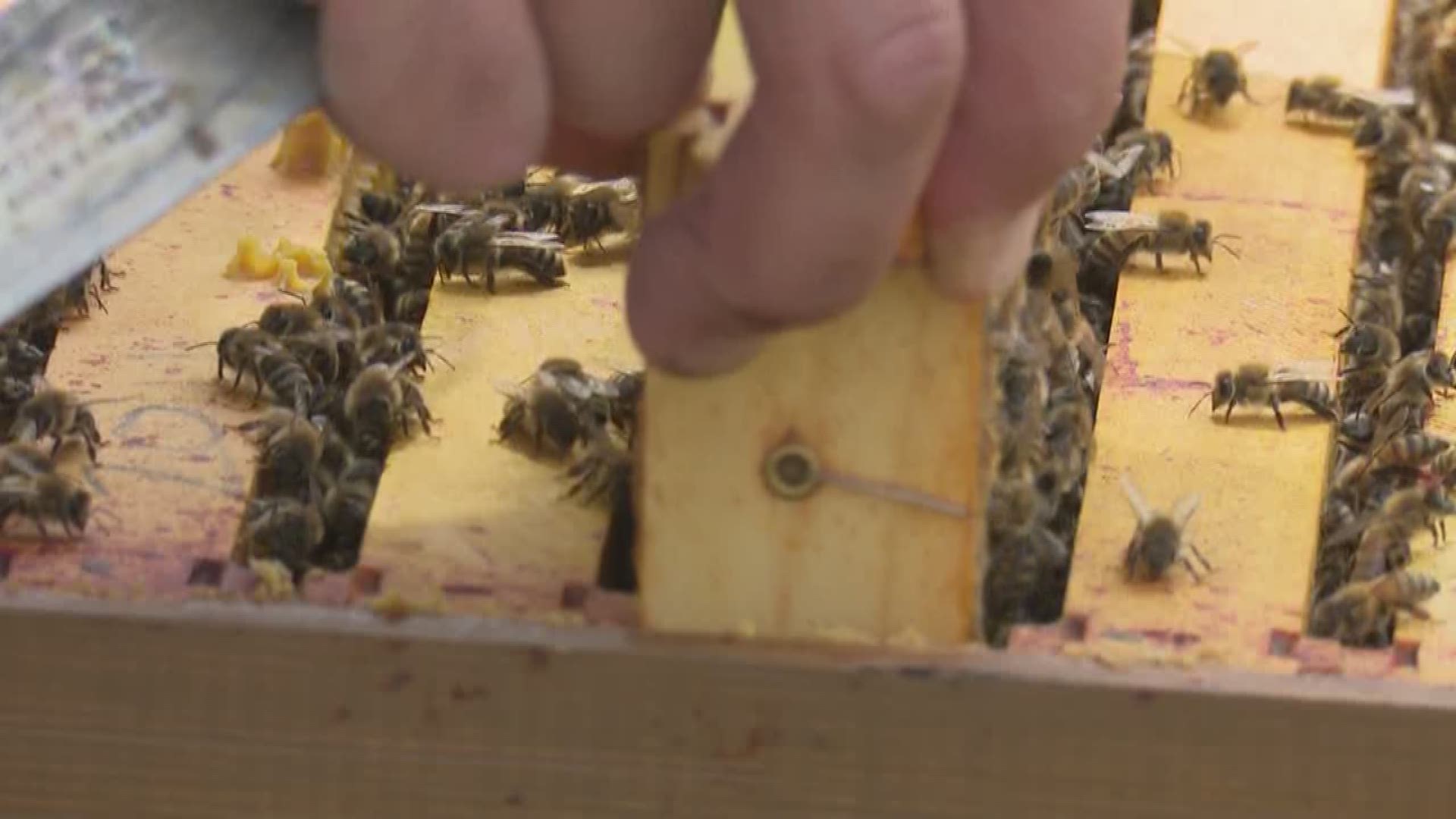 Monday’s solar eclipse could cause confusion for animals, including bees.

Bob Redmond runs Urban Bee Co. in Seattle. Sunday he showed off one of the bee colonies at the Beacon Food Forest community garden on Beacon Hill.

“I am interested to see how they’ll react,” he said Sunday. “They do have some learned behaviors. They’re not completely naïve.”

Redmond said one-quarter of each colony’s about 50,000 bees will be out hunting nectar when the eclipse hits.

“What I expect is that the bees will think it’s nighttime, and then two hours later it’ll be morning,” he continued. “These worker (bees) wake up every day just like going to work and go forage for about 10 hours. It’s very regular.”

The eclipse could throw the bees for a loop.

“It will be odd for them to come home at 10 in the morning, but they’ll do that because they’ll respond to the lack of light,” he said.

Redmond added the onset of darkness will come quicker than a typical sunset. He said past studies of bees during eclipses showed bees can act nervous, which Redmond describes as the typically precise bees acting indecisive.

“I think there might be a little unsettlement because it’s so unusual to have dusk in the morning,” he added. “But they’re also resilient, so I think they’ll take it in stride.”