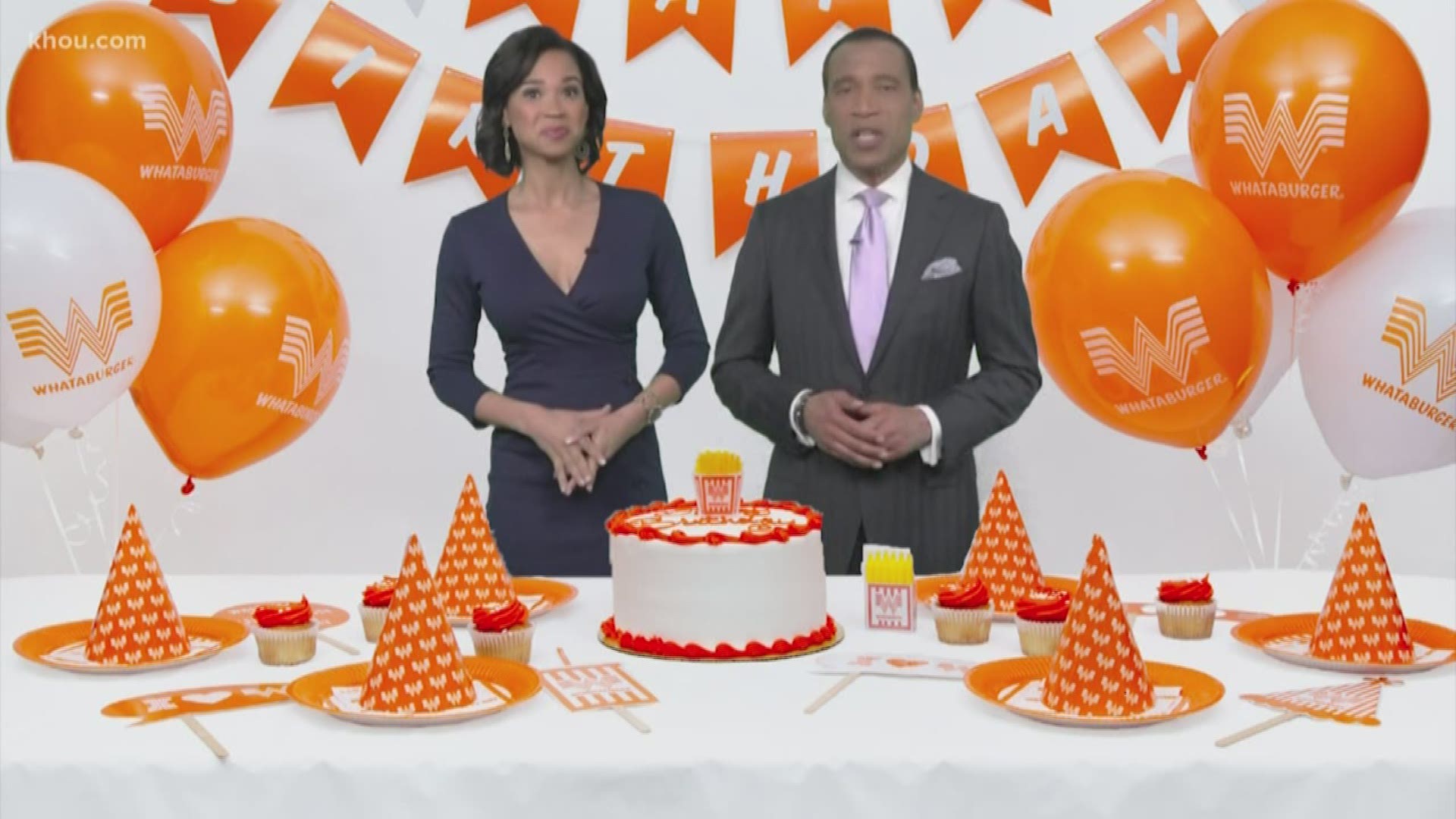 HOUSTON — Texans can now celebrate their birthday in the best way possible. Whataburger is selling a “birthday bundle” full of items to help you throw a Whataburger-themed party.

The Whataburger Birthday Bundle includes balloons, party hats, napkins, candles, photo props and more – all in the classic orange and white colors. It retails for $29.99 and is available at Whataburger’s online store.

The birthday bundle is just one of several new items Whataburger has recently added to its online store. Last October, it teamed up with James Avery for a new charm, and in November, it released Christmas ornaments resembling the ingredient stickers customers received on their Whataburger wrappers.