The first two U.S. Toys R Us locations will be about 6,500 square feet — a fraction of the brand's former big box stores, which were about 30,000 square feet. 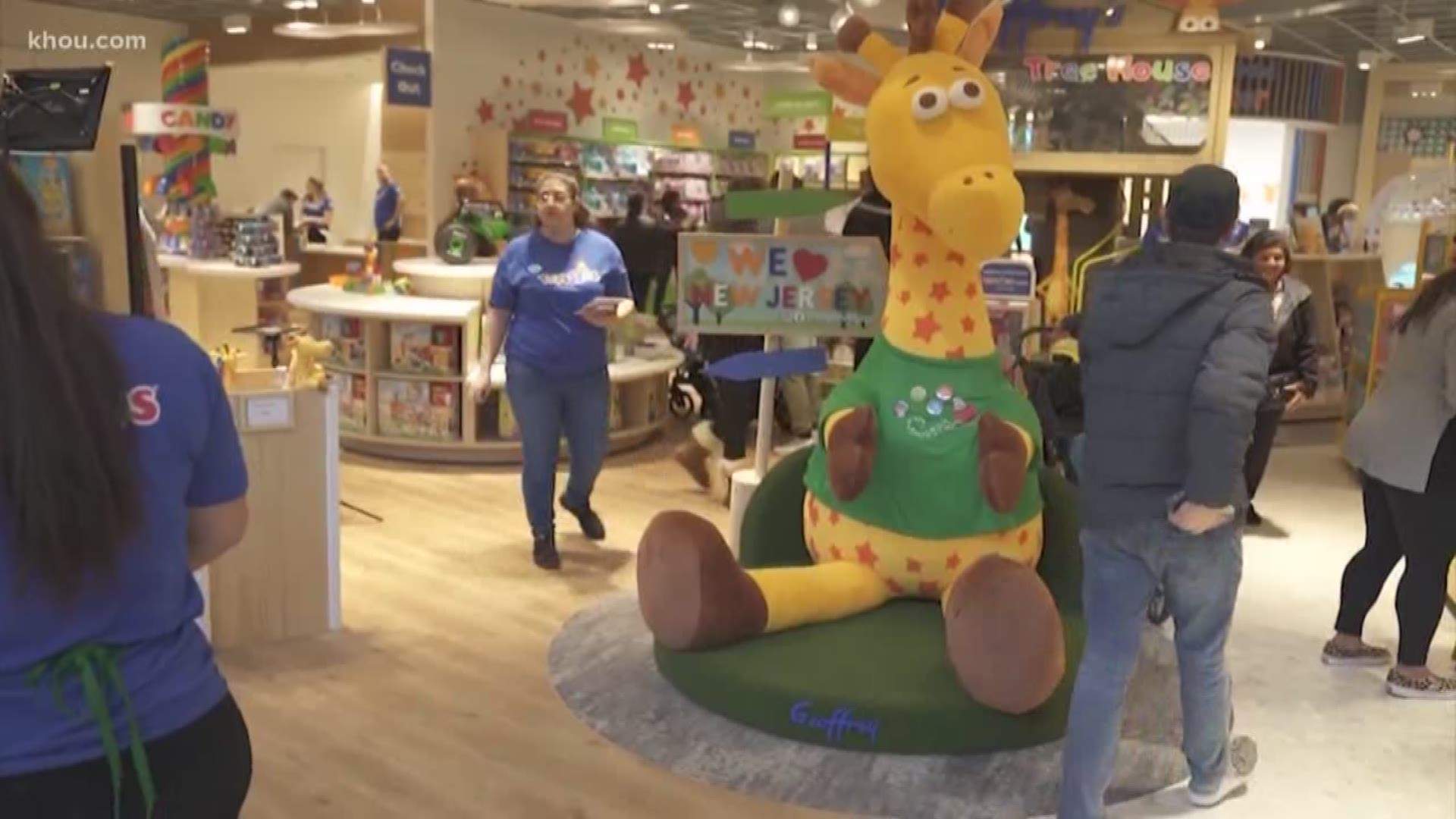 One of two new Toys R Us stores in the United States will open again in Houston this weekend, the company has confirmed with KHOU 11 News.

It's part of a small comeback of the defunct iconic toy chain in the U.S.

A new online experience is expected to follow. Plans are to open a store in The Galleria mall in Houston, and in Westfield Garden State Plaza in Paramus, New Jersey.

The Houston store will reopen Saturday with a grand opening celebration Dec. 7 from 10 a.m. to 2 p.m. There will be character appearances and giveaways.

The day before, on Friday, there will be a ribbon cutting and a soft launch.

Credit: Tru Kids
Toys "R" Us mockup of what the new mall locations will look like

The first two U.S. Toys R Us locations will be about 6,500 square feet — a fraction of the brand's former big box stores, which were about 30,000 square feet.

Tru Kids Brands said it has entered a partnership with a startup called b8Ta, an experiential retailer to launch what Barry calls an interactive store experience based on a consignment model. Toy makers will pay for space in the stores but will get all the sales.

Barry and several other former Toys R Us executives founded Tru Kids in January and are now managing the Toys R Us, Babies R Us and Geoffrey brands. Toys R Us generated $3 billion in global retail sales in 2018. Barry says a sizeable business is still up for grabs despite many retailers like Walmart and Target expanding their toy aisles.

The key issue, however, is how much support the new model will get from suppliers, who were burned by Toys R Us' quick demise and may not want to take another chance. Toys R Us, buckling under pressure from Amazon and several billions of dollars of debt, liquidated its U.S. business as well as other regions months after filing for Chapter 11 reorganization in the fall of 2017. That left them with millions of dollars in unpaid bills. Vendors recovered only about 20 cents on the dollar.

Tru Kids, based in Parsippany, New Jersey, is working with licensing partners to open about 70 stores this year in Asia, India and Europe. Outside the U.S., Toys R Us continues to operate about 800 stores.

"We think that this is going to be scalable, and we think we can grow the business over time," said Barry.