VERIFY: The 'Plandemic' documentary is full of misinformation

Much of the information in the video that spread like wildfire on social media was presented without evidence or was demonstrably false. 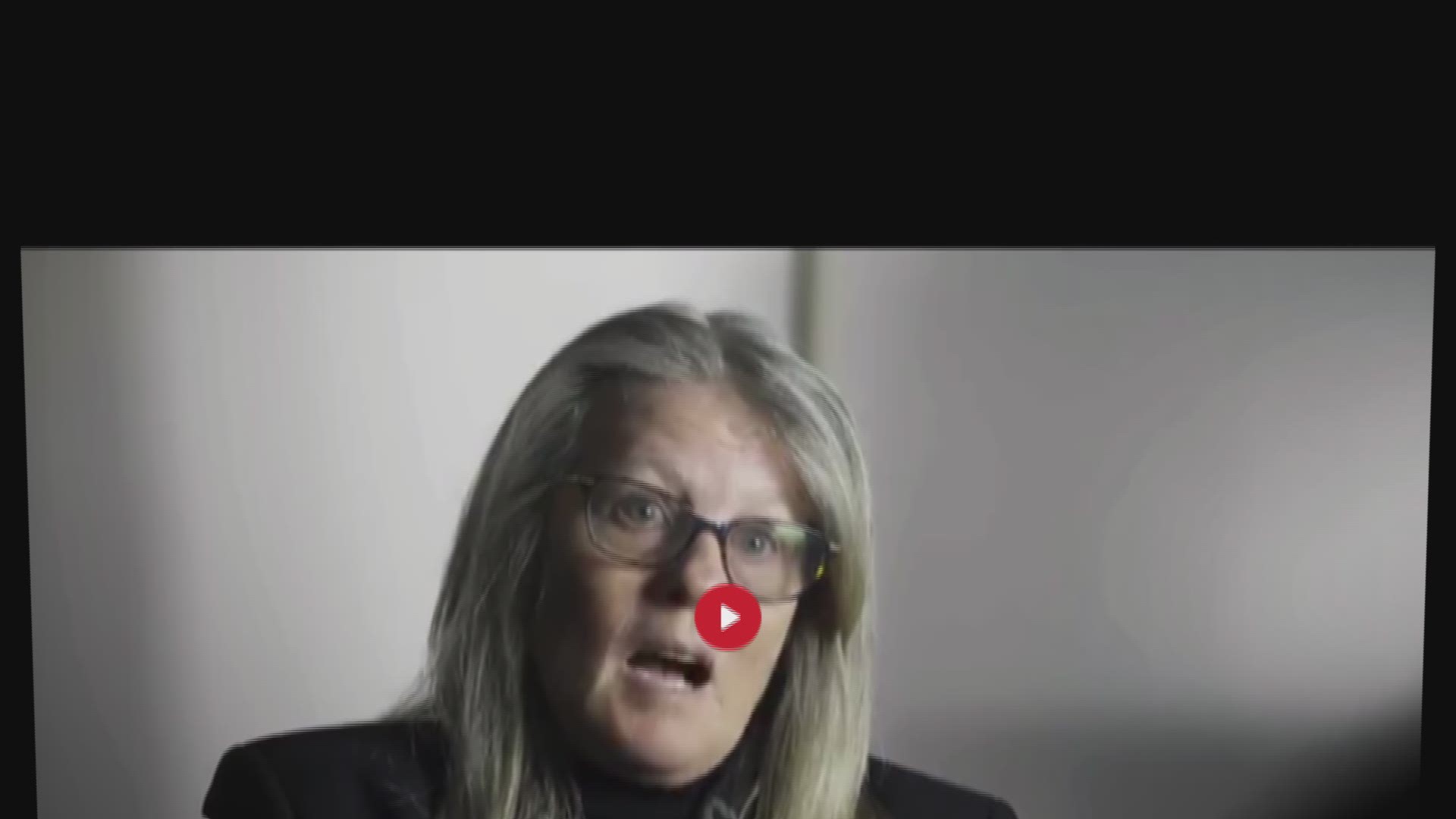 A viral video titled “Plandemic” went live on YouTube this week before the platform quickly removed it. YouTube told VERIFY that the video violated its guidelines on misinformation. But despite the video being removed on Youtube, it was still copied, uploaded, and shared tens of millions of times on other sites.

The video is actually the first part of a longer documentary that will be released at some point -- and it claims to show the real story behind the COVID-19 pandemic.

After thoroughly digging into the video, the VERIFY team is labeling “Plandemic” as disinformation.

It’s filled with false information presented by sources that aren't credible, and trying to push a narrative.

Let’s break it down.

WHO IS IN THE VIDEO:

Mikki Willis is the host of “Plandemic” and interviews Dr. Judy Mikovits throughout. On IMDB, he’s titled as a producer, director and cinematographer with numerous credits to his name. He’s also the creator of Elevate, a production company in California.

On the actual website for “Plandemic,” Willis and the other creators give more detail of their mission with the documentary.

“Plandemic will expose the scientific and political elite who run the scam that is our global health system, while laying out a new plan; a plan that allows all of humanity to reconnect with healing forces of nature,” the site reads.

RELATED: VERIFY: CDC did not lower or revise the COVID-19 death count by 30,000 cases

To achieve this end, they interviewed Mikovits. Here’s how the documentary describes her:

“Dr. Judy Mikovits has been called one of the most accomplished scientists of her generation,” it begins. “At the height of her career, Dr. Mikovits published a blockbuster article in the journal ‘Science.’ The controversial article sent shockwaves through the scientific community as it revealed the common use of human and animal fetal tissues were unleashing devastating plagues of chronic diseases. For exposing their deadly secrets, the minions of big pharma waged war on Dr. Mikovits.”

This is all laid out within the first 45 seconds of the documentary, and is the first red flag that the video is disinformation.

Mikovits was a researcher at the National Cancer Institute in the early 90’s, and in 2006 she became the Research Director for the Whittemore Peterson Institute.

In 2009, she published a widely covered study in the journal “Science” that identified a possible link between viruses and certain diseases like Chronic Fatigue Syndrome. The New York Times and other media outlets covered the study at the time.

In 2011, the study was retracted by “Science,” after ten independent studies were unable to recreate Mikovits’ results. According to the retraction, “Science” found “evidence of poor quality control in a number of specific experiments in the report.”

So Mikovits did publish a study in “Science,” but it was retracted and Mikovits was also fired from her position at the Whittemore Peterson Institute.

She was also arrested in 2011, after the Whittemore Institute accused her of taking materials.

Those charges were ultimately dropped.

CLAIMS IN THE VIDEO:

“The AMA was saying, ya know, doctors will lose their license if they use hydroxychloroquine.”  - Dr. Judy Mikovits (16:49)

The American Medical Association never threatened to revoke licenses and even if they had, the AMA can’t do that.

An AMA staff member confirmed to VERIFY that they have no control over medical licenses. The AMA is a voluntary membership organization, rather than a regulatory authority with the power to grant or revoke medical licenses. Medical licensure is a state-run process.

The AMA did share guidelines for states regarding COVID-19 prescriptions, including hydroxychloroquine. None of these documents threaten licenses and their language varies state to state.

“Wearing the mask literally activates your own virus. You're getting sick from your own reactivated coronavirus expressions and if it happens to be SARS-CoV-2 then you've got a big problem.”  - Dr. Judy Mikovits (20:28)

This is false. Wearing a mask is not causing the virus to “activate.”

In another interview, Mikovits explained her belief that the virus doesn’t spread from person to person -- but instead gets injected with vaccines.

“It’s plausible, it’s probable that it’s been in every flu vaccine since ‘13 to ‘15 because that’s when this work was being illegally done,” she said in the video.

She believes SARS-CoV-2 has been dormant in our bodies for years and that masks are causing it to “activate,” and cause COVID-19.

There is no evidence to support this claim. There are reasons it’s false -- like COVID-19 testing.

Millions of people worldwide are getting COVID-19 tests. If this was a dormant virus in our bodies, the tests would still show it. There would be no negative results from anyone who’s ever had a flu shot.

And the idea that masks activated the virus doesn’t add up either. The CDC and WHO initially didn’t advise people to wear masks. And for weeks, the virus was still spreading worldwide.

RELATED: VERIFY: Why the CDC, WHO previously said they did not recommend homemade masks

RELATED: VERIFY: Antibody tests versus COVID-19 tests. The pros and cons of both.

“[Italy] got an untested, new form of an influenza vaccine that had four different strains of influenza including the highly pathogenic H1N1. That vaccine was grown in a cell line. A dog cell line. Dogs have lots of coronaviruses and that's why they're not testing there.” - Dr. Judy Mikovits (15:53)

It is true that in September 2019 a cell-based flu vaccine was made available in Italy for the first time, and it’s also true that it contains four flu vaccines including H1N1.

However, it’s not untested. The vaccine, which was released in Europe for the first time for the 2019-2020 flu season, was tested in the United States in the 2017-2018 flu season. It was determined to be more effective than traditional egg-based vaccines in that study.

And it’s not abnormal for the H1N1 strain to be included in the flu vaccine. In a 2017 article, the University of Minnesota’s Center for Infectious Disease Research and Policy reported the WHO had updated the annual H1N1 strain used in the vaccine.

Credit: AP
Workers don protective gear as they enter a Battelle N95 mask cleaning system to clean and disinfect respirators for the removal of the novel coronavirus in a building on the Adams County Fairgrounds Friday, May 8, 2020, in Henderson, Colo. The state has received two of the N95 cleaning machines to help address the current shortage of personal protective equipment used by health care professionals. (AP Photo/David Zalubowski)

There’s no evidence that it came from dogs specifically, either. The CDC’s information page on cell-based vaccines doesn’t mention dogs, and neither do other pages.

Finally, it wasn’t required that everyone in Italy use this specific vaccine. It was just one of several options they had for flu vaccinations.

“The game is to prevent the therapies until everyone is infected and push the vaccine, knowing that the flu vaccines increase the odds by 36% of getting COVID-19.” - Dr. Judy Mikovits (18:18)

This is false. The flu vaccine does not increase the chances of getting COVID-19 by 36%.

Mikovits’ claim misrepresents the findings of a study into whether the flu vaccine could increase the chances of getting other viruses.

The study was done by the Department of Defense in 2017 -- before COVID-19 broke out.

Soldiers who’d received the flu vaccine were studied to see if they had a higher chance of infection from other viruses.

The study concluded that there was “little to no evidence supporting the association of virus interference and influenza vaccination.”

It also adds that “those receiving the influenza vaccine were more likely to have no pathogen detected and reduced risk of influenza when compared to unvaccinated individuals.”

So the study never looked for COVID-19, and concluded that there was no evidence the influenza virus increased the odds of getting other viruses.

The group behind it has a clear bias in which they distrust the validity of the virus and health organizations from the outset.

And it portrays Dr. Mikovits as someone who published “blockbuster” research before the “minions of big pharma” came after her. This version of her story does not match the facts.