A moment in history: Leon Bibb on the changing landscape

Race relations are at a turning point. The rallying cry is Black Lives Matter. 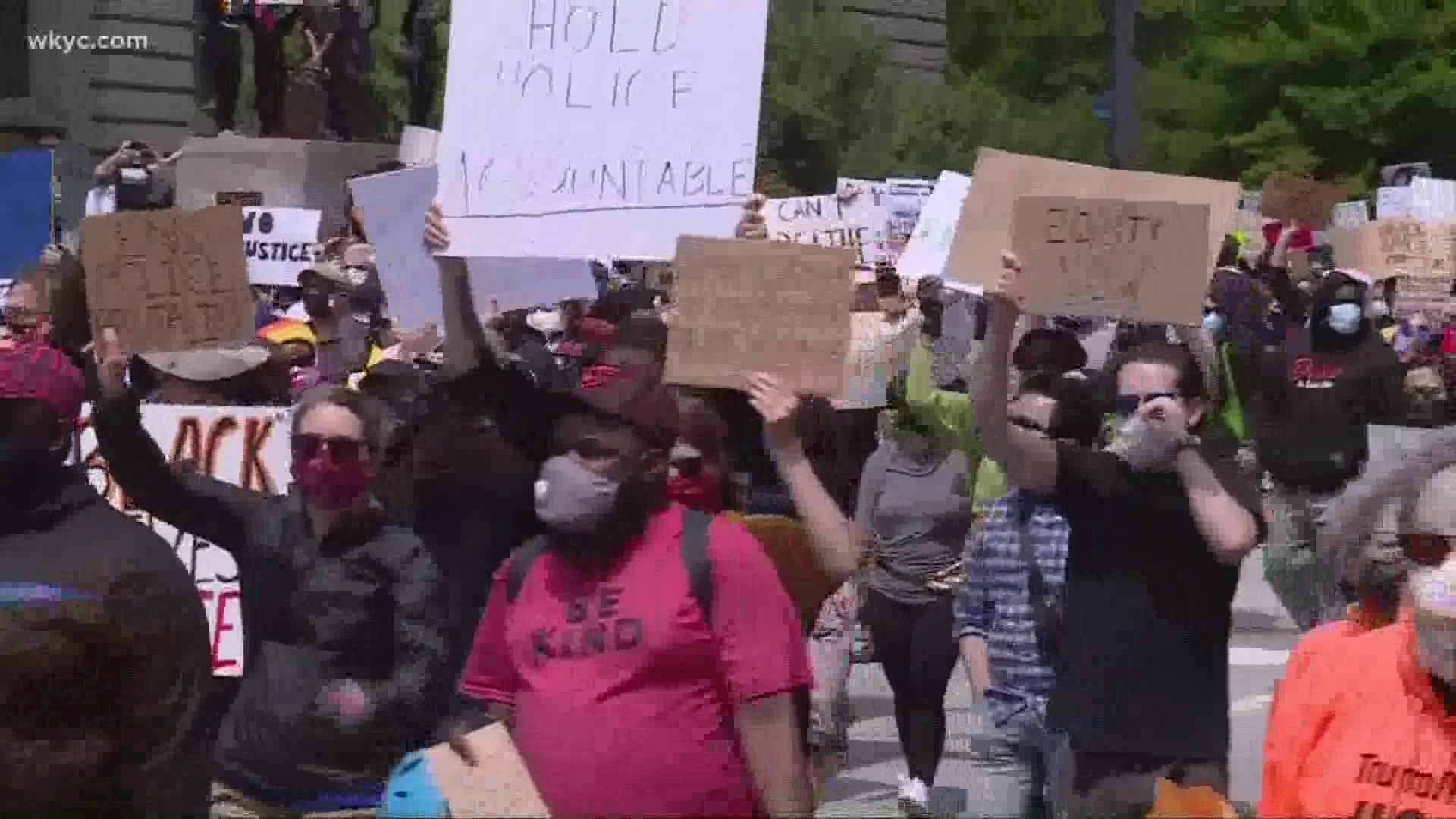 CLEVELAND — We are in a transformative moment. Across the nation, the landscape of society is changing.

Race relations are at a turning point.

Throughout the country, including communities in Northeast Ohio, there are raised voices amid thousands of footfalls on public streets. The rallying cry is Black Lives Matter.

The fight is not deduced to just protests on how Black people and others of color are treated, but also discussions of race relations. More people in America seem to be looking for better ways to open the door to racial understanding and equal treatment under the law.

The Civil Rights Movement of a few decades ago garnered the attention of white America and the world. But now, recent events are pushing the country deeper into the long-needed dialogue on race.

In 2020, a series of events collided. The Coronavirus pandemic sparking a tumbling economy also exposed racial disparities in health care. Weeks later, the tragic killing of George Floyd by a police officer fueled anger across the country. Protests followed  -- some of them violent-- most of them peaceful, but pointed and insistent.  Then came the stories – unknown to most white Americans – of the 1921 massacre of hundreds of blacks and the decimation of a highly prosperous Tulsa, Oklahoma, community. Swirling around these events was the anniversary of Juneteenth, unknown to most whites, but observed by many blacks who knew it as the day in 1865 that marked the end of legal slavery in the United States.

2020 has been a year of the convergence of major events as if from different compass points, but in reality, they are linked from the same place of origin --racial injustice.  The America of 2020 is in a turning point as the nation looks for a route to the future.

155 years ago, President Abraham Lincoln, weary over the Civil War, spoke on the fight to end America’s original sin of slavery.  Lincoln said the war was “the eternal struggle between two principles, right and wrong.”  103 years after Lincoln, Martin Luther King Junior spoke on the dream of an American racial awakening.

America has long been at turning points. 2020 is a continuing chapter in a movement. The nation stands at a point of a racial reckoning in deciding between two principles – right and wrong.