The 7th grader who lives with Type 1 Diabetes was considered the top recruit in the nation. 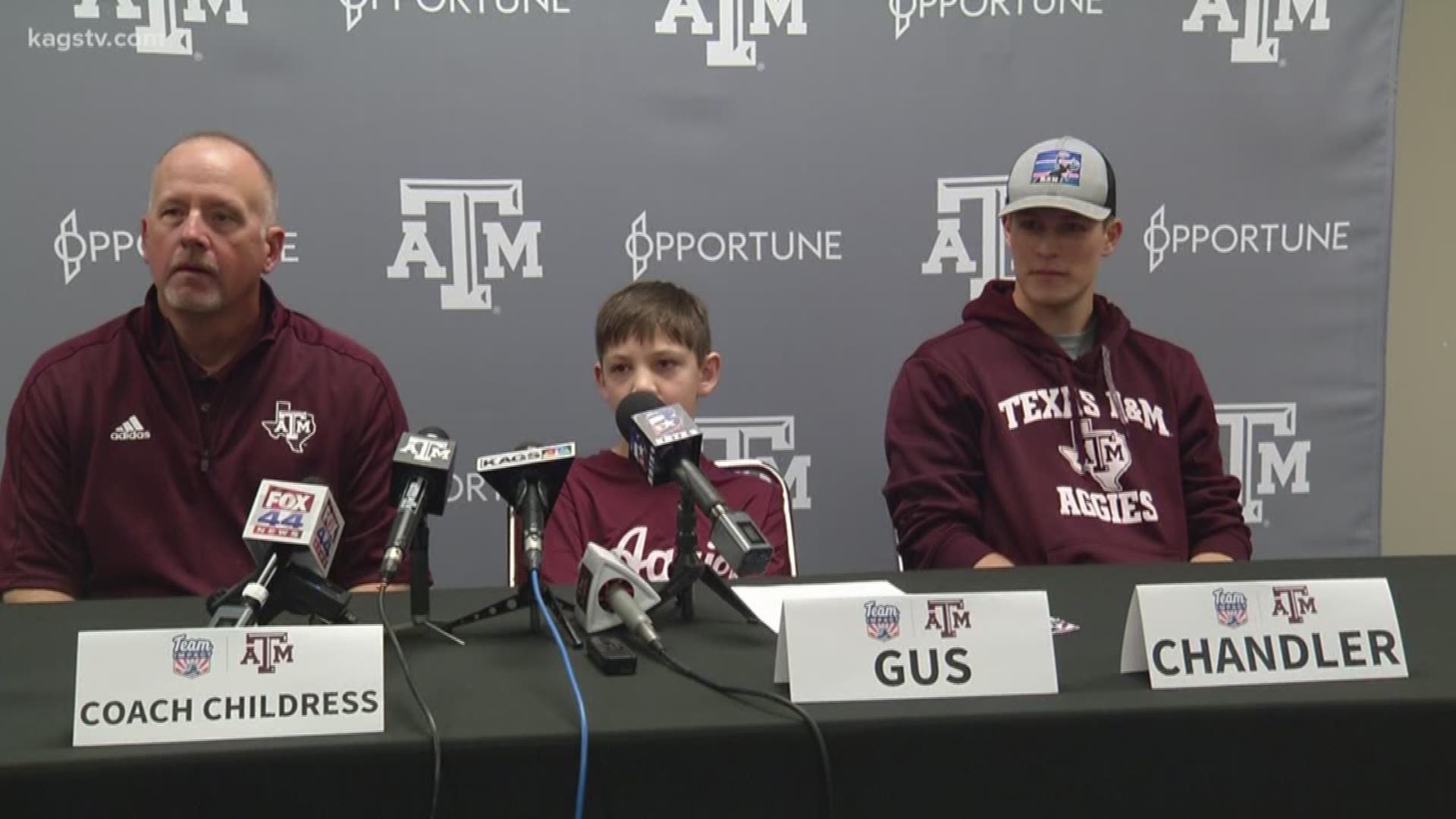 COLLEGE STATION, Texas — The Texas A&M baseball team added to its 2019 recruiting class on Monday with the addition of 13-year-old Gus Kimbrough.

Gus was widely considered the top recruit in the country, and head coach Rob Childress says he expects him to be the team's x-factor this season.

The Bryan native will join the team for practice, games, and team events.

Kimbrough was diagnosed with Type 1 Diabetes in 2013, but he hasn't let that slow him down.

The signing day ceremony was put on with the help of Team IMPACT.

Team IMPACT is a national nonprofit headquartered in Boston, MA that connects children facing serious or chronic illnesses with college athletic teams, forming life-long bonds and life-changing outcomes. Since 2011, Team IMPACT has matched nearly 1,700 children with more than 500 colleges and universities in 49 states, reaching over 50,000 participating student-athletes. The child joins the athletic team and the student-athletes join the child’s support team. Throughout the journey, the child gains strength, camaraderie and support while the student-athletes experience lessons of courage, resiliency and perspective they can’t learn in a classroom.