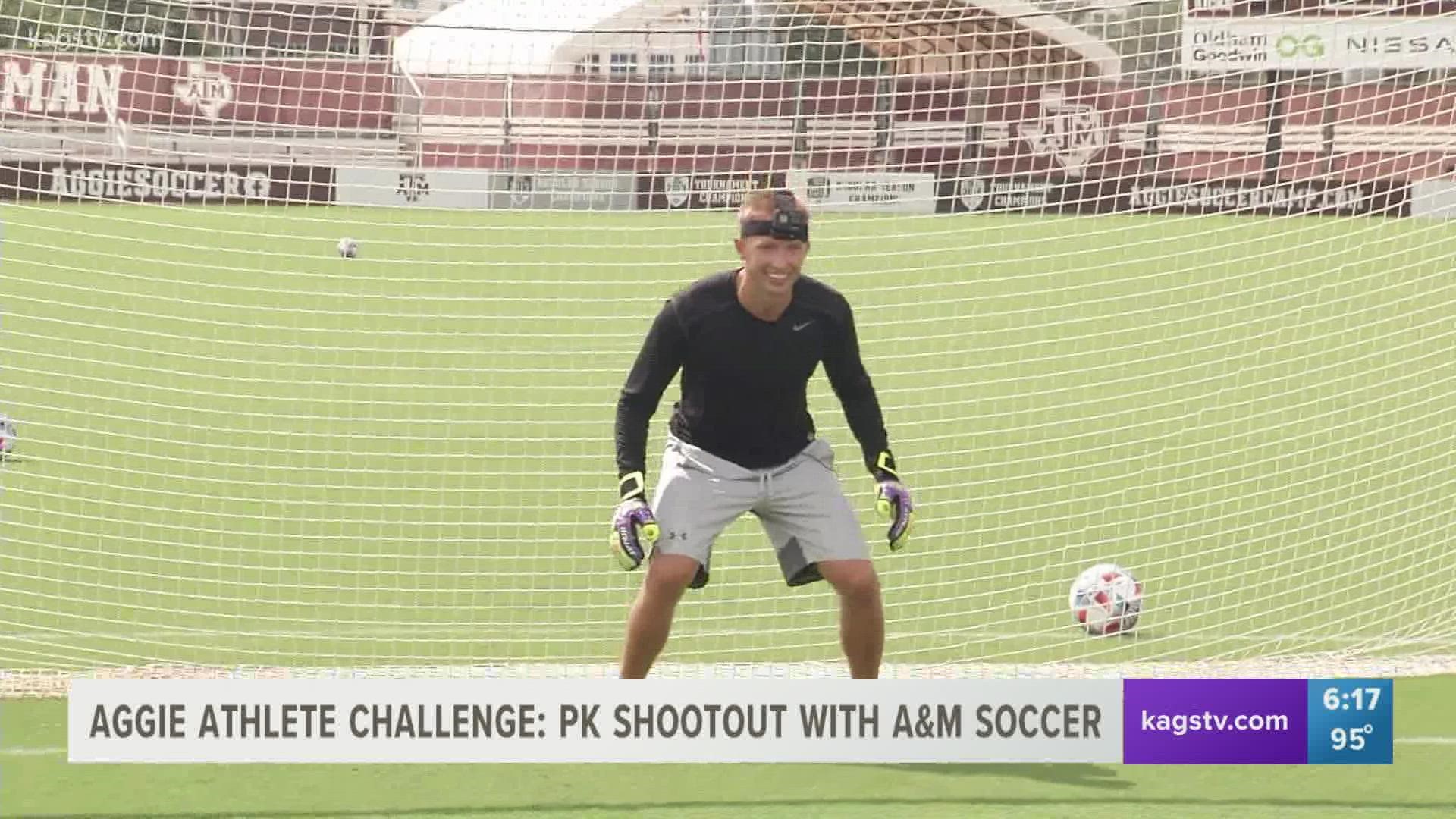 COLLEGE STATION, Texas — It has been way too long since KAGS' sports reporter Mike Lucas made a fool of himself on TV.

Prior to the pandemic, Mike attempted two Aggie Athlete Challenges (volleyball and baseball), and failed miserably at both. There are links to those two pathetic attempts at the bottom of this article.

Due to Covid-19, his journey to actually winning a challenge was put on hold.

Now that things are getting back to normal and journalists are able to interact with student-athletes in person, Aggie Athlete Challenges are back and next up on the docket is a penalty kick shootout with the Texas A&M soccer team.

🚨 AGGIE ATHLETE CHALLENGES ARE BACK 🚨

KAGS vs. @AggieSoccer -- feelings were hurt in the making of the video.

Mike played soccer in high school so in theory, he should have a shot at this one.

In reality, he had no chance.

All four A&M keepers, along with both Mike and KAGS' Sports Director Justin Woodard participated in the contest. Each person got five shots and a round in net. Each goal and each stop counted as one point.

Aggie starting goalkeeper Kenna Caldwell went a perfect 5-for-5 on her attempts and stopped three shots, giving her a total of eight points. She was the clear winner.

Mike and Justin were the clear losers, and tied for last place after a sudden death finish.

Mike made three of his six shots and stopped two in net, while Justin scored on two of his six attempts but stopped three in goal.