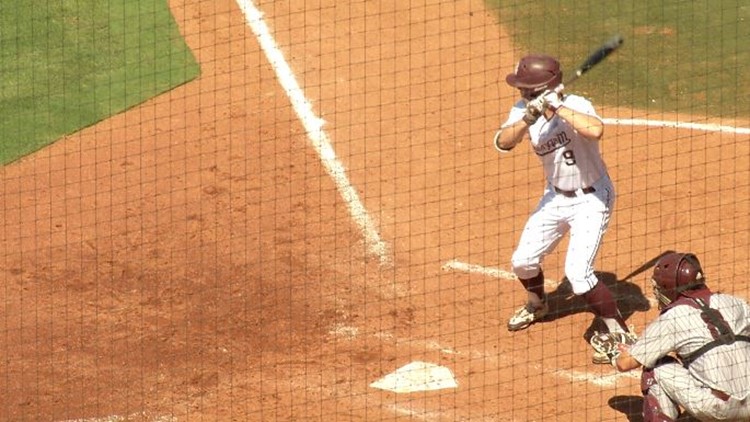 The batch of games include home tilts against the Houston Cougars, Texas Longhorns, Dallas Baptist Patriots and Sam Houston State Bearkats and a road game against the Rice Owls.

The list includes the continuation of three of Texas A&M's five most-played rivalries. Texas leads the list with 372 meetings against the Aggies. Rice ranks fourth with 282 games vs. the Maroon & White and Houston comes in fifth with 171.

On March 10, the Aggies hit the road to play Rice. Texas A&M looks to continue its recent run of success against the Owls, having taken seven of the last eight meetings.

The Aggies host Houston for a St. Patrick’s Day showdown on March 17. Last season, the squads split a pair of games with the Maroon & White triumphing at Minute Maid Park and the Cougars winning at Schroeder Park.

On March 31, the Aggies host Texas. Since the teams began playing one midweek game a season in 2016, three of the four contests have been decided by one run and Ol’ Sarge’s charges have prevailed in three of the four games.

Sam Houston State travels to Olsen Field at Blue Bell Park on April 21. It marks the first visit by the Bearkats under new head coach Jay Sirianni. Sam Houston State is in the midst of an era of dominance in the Southland Conference, winning six of the last eight regular-season titles.

Texas A&M finished the 2019 campaign with a 39-23-1 mark, making their 35th NCAA Championship appearance overall and their 13th in a row. The Aggies return 22 letterwinners and six starting position players for the 2020 season.