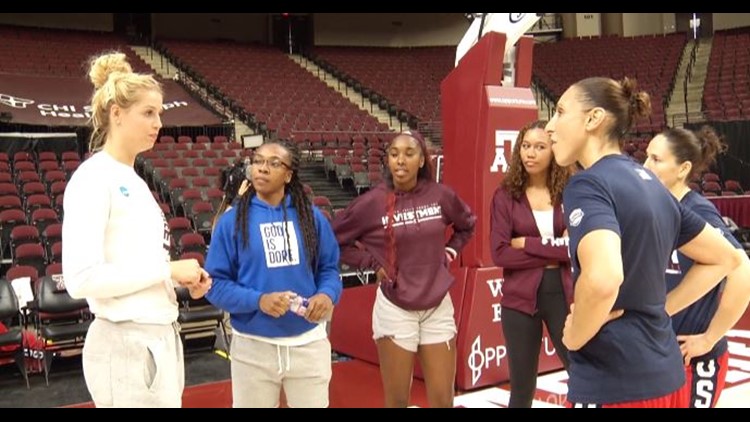 The game is available on SEC Network +, which provides events to SEC Network subscribers through WatchESPN and the ESPN app on smartphones, computers, tablets and connected devices (Amazon Fire TV and Fire TV Stick, Apple TV, Chromecast, Roku, Xbox 360 and Xbox One).Describing the action on SEC Network+ will be Mike Wright (play-by-play) and Tap Bentz (analyst).

The trip to Texas is the third stop for the eight-time Gold Medal winners on their Fall Tour. The National Team defeated No. 3 Stanford and No. 7 Oregon State this week and will return to the Northwest to take on No. 1 Oregon on Saturday.

The Aggies cruised to a 67-37 win over Oklahoma City University in their first exhibition game last Friday evening behind 20-point nights from juniors Ciera Johnson and Chennedy Carter. In the season-opener on Tuesday night, Johnson rattled off a career-best 24 points and the 12th double-double of her career as the Maroon & White bested Little Rock, 78-35.

The Aggies return to the regular season following the exhibition against the National Team as Duke heads to Reed Arena for showdown on Sunday, November 10 at 3 p.m.