Saenz and Frizzell are both heading to the Washington Nationals 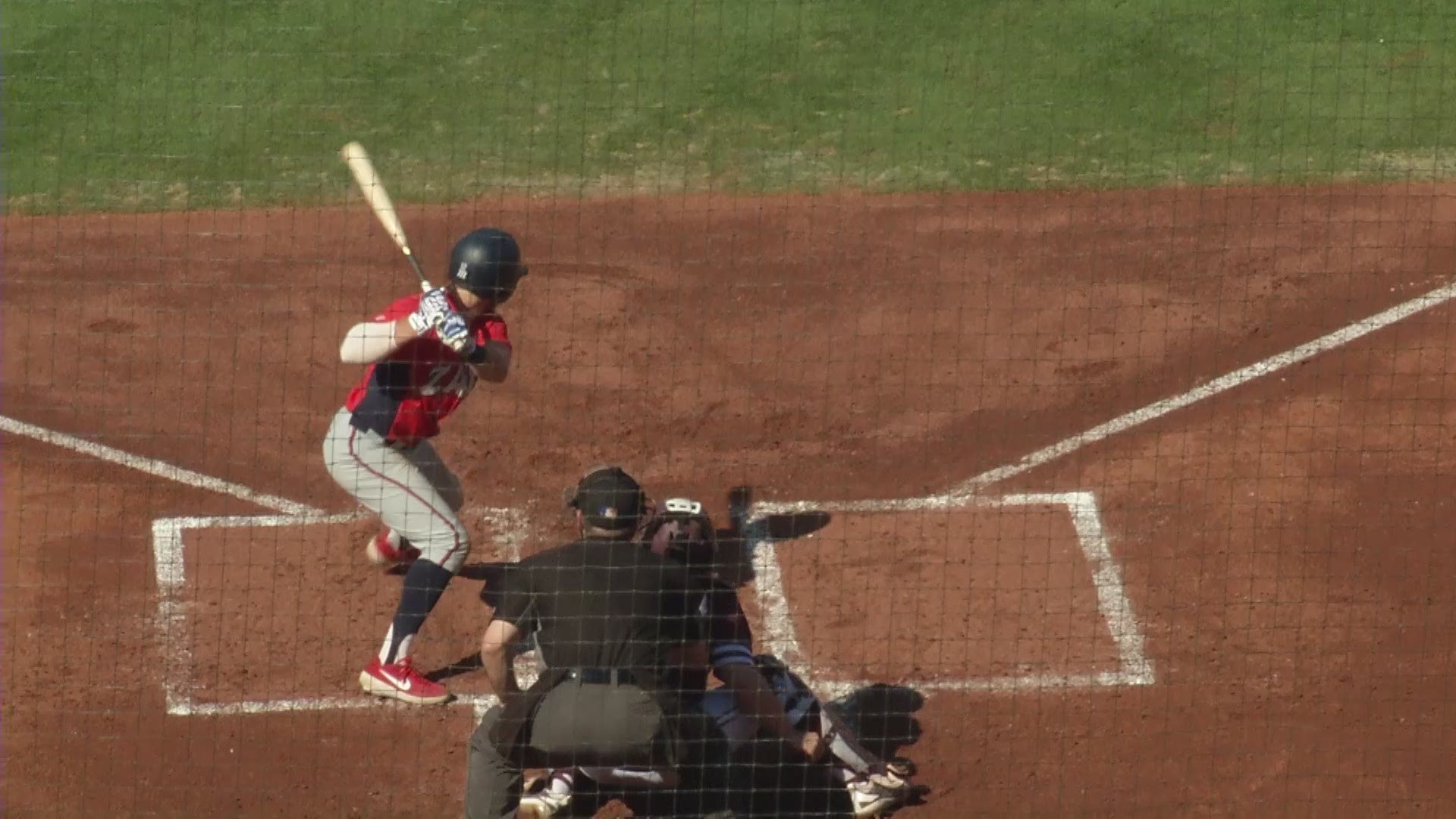 COLLEGE STATION, Texas — In 2020, Texas A&M was the only school in the country to produce three of the top 50 picks in the Major League Baseball Draft.

In 2021, no Aggie went that high, but there was a run on A&M players in the fourth round.

The Seattle Mariners were on the board next, and the American League West team selected right-handed pitcher Bryce Miller. Miller finished top three on the team in strikeouts, innings pitched and wins. He was awarded the Golden Spikes Pitcher of the Week Award after his start against New Mexico State.

Back-to-back Aggies in the 4th and here's how it looked on the @MLBNetwork broadcast:#MLBDraft | #GigEm pic.twitter.com/T9YYaPTtis

A little later in the day, the Nationals came back to the A&M pool to select Will Frizzell in the eighth round. The All-American first baseman led the Aggies in batting average, home runs, RBIs and slugging percentage

With the 113th pick, the @Mariners select @AggieBaseball right-hander Bryce Miller, No. 91 on the Top 250 Draft Prospects list.

The MLB Draft concludes on Tuesday with rounds 11-20.

The Texas A&M Aggies had three players selected on the second day of the Major League Baseball Draft. The chosen ones included fourth-round picks Dustin Saenz and Bryce Miller, and eighth-round selection Will Frizzell. The Washington Nationals snatched up Saenz and Frizzell while the Seattle Mariners picked Miller.

Texas A&M is the only school in the nation to have three or more players selected in every MLB Draft since 2001. The 21-year string is three years longer than the next-closest run, 18 years by Vanderbilt.

The Mariners snatched up Miller with the 113th overall pick. This season, Miller worked 13 games, including 10 starts. He registered a 3-2 record with a 4.45 ERA and 70 strikeouts in 56.2 innings, holding opponents to a .227 batting average.

Frizzell ended the regular-season ranked third in the SEC and eighth in the nation with 19 home runs. He led the SEC and ranked fifth in the country with 140 total bases. He also led the league and ranked 38th in the country with a .686 slugging percentage. The Rockwall, Texas, native batted .343 with 46 runs, 13 doubles, 19 home runs, 50 RBI. He also drew 39 walks and sported a .451 on-base percentage.

Frizzell’s four-year numbers at Texas A&M include 177 games played with a .292 batting average, 102 runs, 33 doubles, 30 home runs and 115 RBI. He climbed the Aggies’ home run charts in 2021, ending the campaign ranked fourth on the single-season list and eighth on the career scroll.

The Aggies have had at least two players selected in every draft since 1984, also the longest active streak in the nation. Since 2015, Texas A&M has churned out 15 pitchers selected in the first five rounds of the MLB Draft, the most of any Lone Star State school.