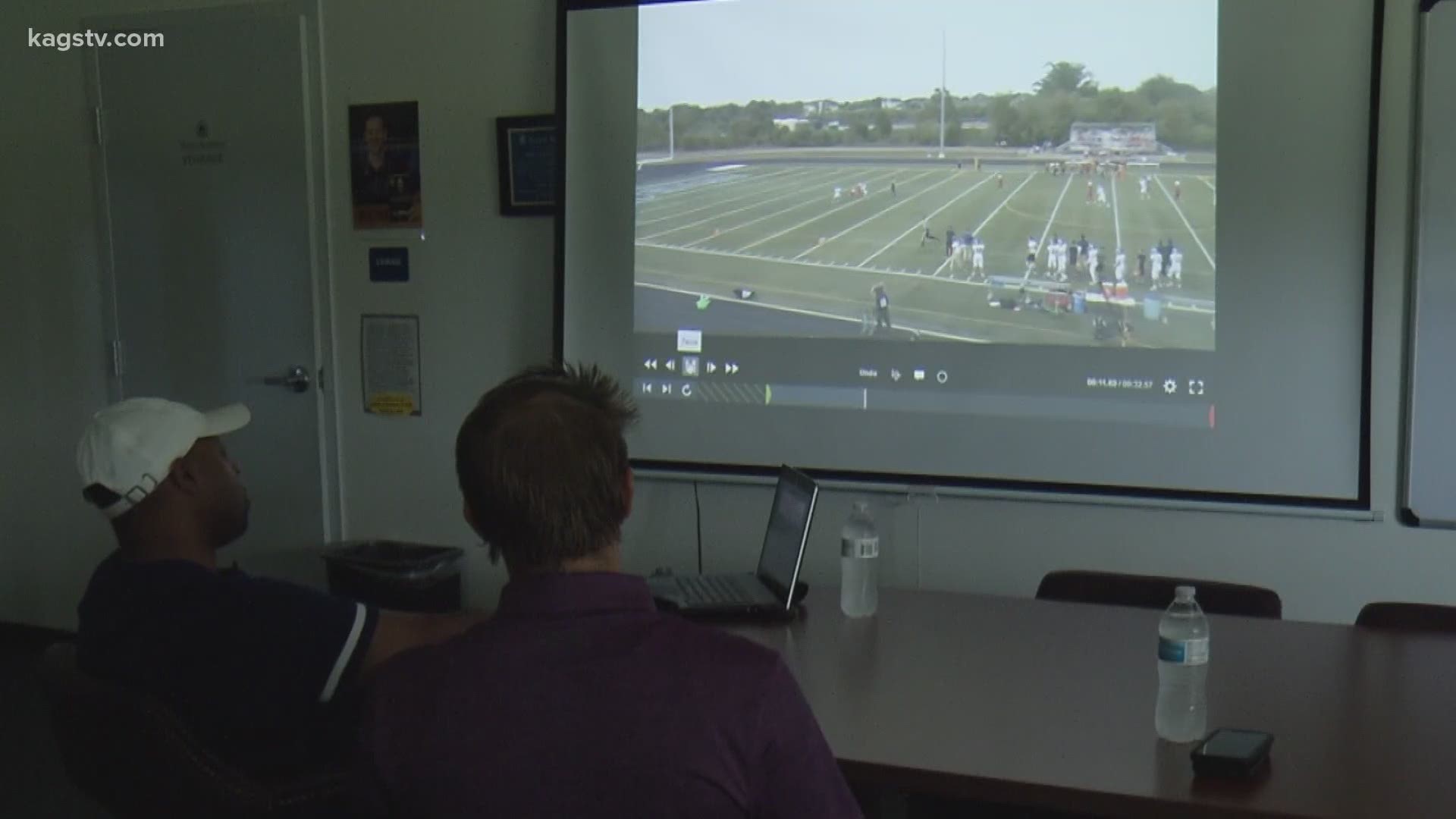 BRYAN, Texas — With each passing day, it looks more and more likely that at least some form of football will happen in the fall. So to get you ready for that, the KAGS Sports team wants to make you the smartest football fan possible, and that journey begins with a little film breakdown with Allen Academy head coach Adrian Adams.

In the second week of the season, Rams quarterback Brandon Boyd took the pitch from Brent Tucker and waltzed into the end zone. From the KAGS camera, it looked like the easiest score of his life, but from the eye in the sky, or the coaches camera, it shows how a bunch of little things had to go right to open up that scoring alley.

"This play is dependent on a kickout block, a kickout bock, and then a one-on-one," coach Adams says.

RELATED: Allen Academy Returns Majority of Team from 2019; Could be Poised for Big 2020

That play worked to perfection for Allen Academy, but not every touchdown looks as good from the sidelines as it does from above.

"A lot of times, what you thought was a great play on Friday wasn't as good as you thought when you throw on the film," he says.

On Mondays during the season, the Rams review the previous week's game tape to get a better understanding on why certain things worked and others didn't.

It's even easier to see on running plays, especially when you know the blocking assignments.

"The objective is for the tight ends to fan out, the center to lead up on the left backer and Brandon is going to take the right backer," Adams says while watching a play from his team's game against Holy Trinity.

If everyone does there job, it'll put Tucker in a one-on-one situation with a safety, but the all-22 footage, or all-12 in this case because it's 6-man football, sees where the play breaks down and how quickly a player adapts.

"The center, not to throw him under the bus, but he didn't maintain his block," he says. "That's a defender we weren't accounting for early in the play but because Brandon gets this block, it allows us to still get yardage on the play."

By yardage, coach means a 45-yard touchdown and a valuable teaching moment for his team.