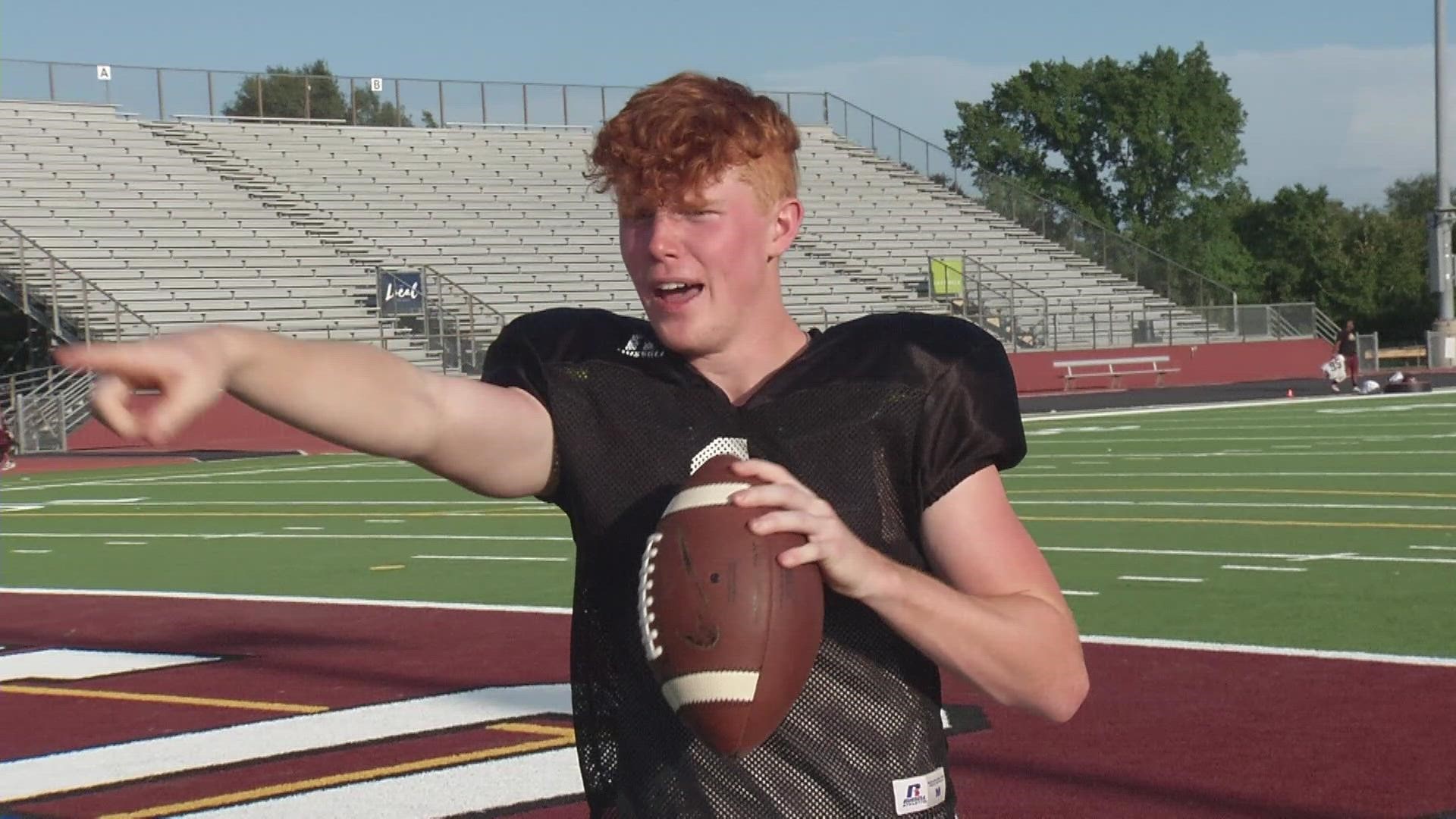 COLLEGE STATION, Texas — What does A&M Consolidated quarterback Brodie Daniel have in common with LeBron James?

The answer is not a lot, but there is at least one thing tying the two together.

That infamous line from James during his introductory press conference with Miami was referring to NBA Championships. James never reached that number with the Heat, but Daniel did throw seven touchdown passes in his first career varsity start.

"First year as a quarterback, first start. I don't mean to be cocky or anything but it gives me a lot of confidence," Daniel tells KAGS.

New QB, no problem for @ConsolFootball 💪@brodiedaniel04 threw for 7 TDs as the Tigers take down Waco U 68-7. @Wesleyy_8 & @keshunthomas3 each had 3 scores while @TyndallMcnamara & @_JThomas36_ held things down on D. #txhsfb pic.twitter.com/HWHK3859Mk

Daniel beat out freshman Will Hargett for the starting job in camp. In his debut, Daniel completed 14 of his 21 passes for 313 yards in a 68-7 win over Waco University.

Senior receiver Wesley Greaves caught three of those touchdown passes. The chemistry between the two was evident, and a result of the extra work the seniors put in during the offseason.

"He puts it where you can catch it for sure," Greaves says. "We've been working on it in practice, knowing when I'm open, knowing when other receivers are open for sure."

For as good as his week one performance on the gridiron was, Daniel may be even better on the diamond. He's a Tulane baseball commit who is still finding his football arm.

"There is a difference throwing motion for me at least, I have to get used to it," the senior QB says. "But once I get used to it, it just feels like I play football normally."

If that was normal for Daniel, the rest of District 10-5A DII is in trouble.

The Tigers are back in action this Friday when Consol hosts MacArthur.