Another home matchup for the Brazos Valley Bombers stretched late into the night, but the Navy and Gold left the stadium victoriou 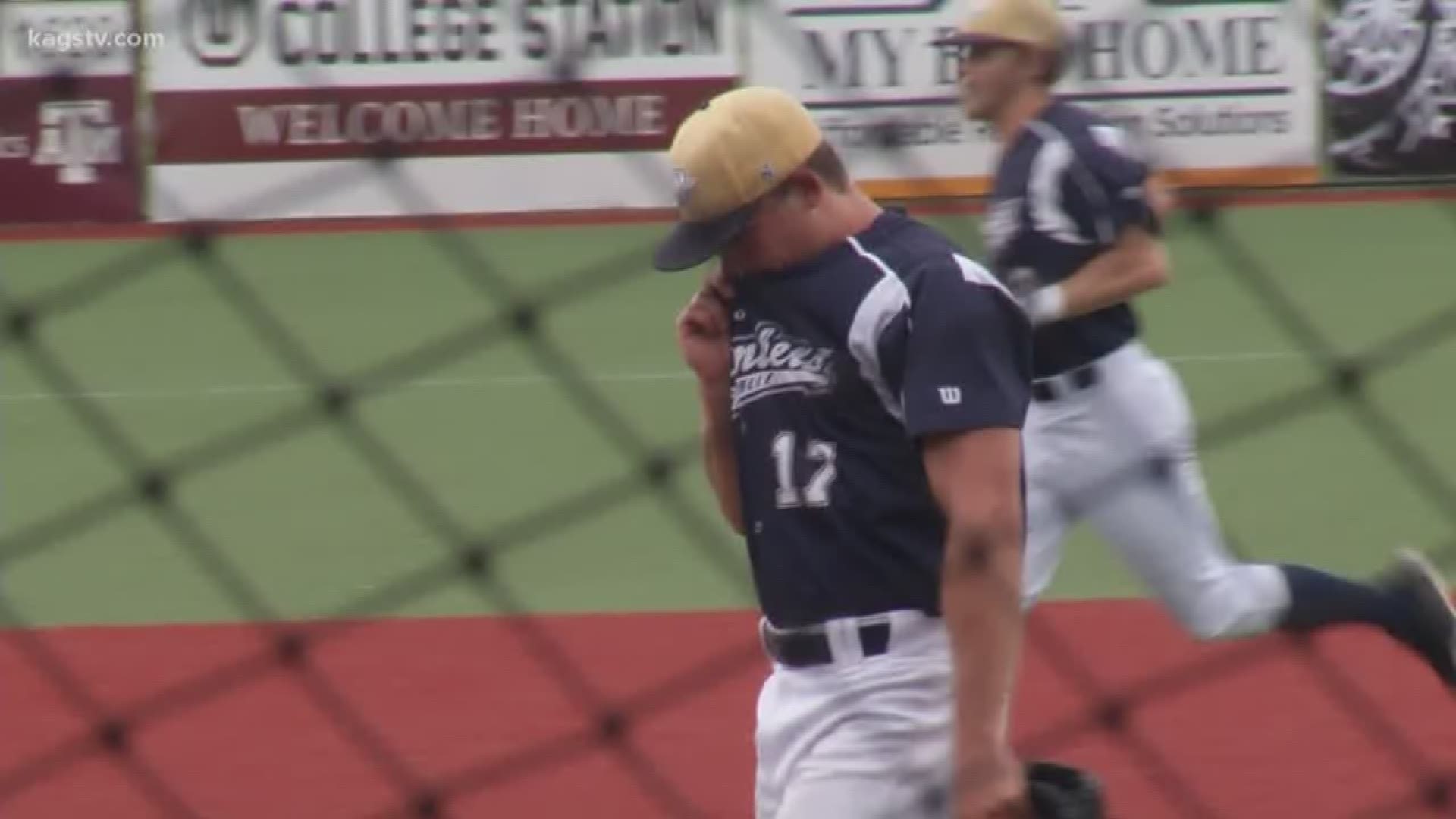 BRYAN, Texas — Another home matchup for the Brazos Valley Bombers stretched late into the night, but the Navy and Gold left the stadium victorious on Monday. A defensive battle with the Baton Rouge Rougarou ended 2-1 to extend the Bombers winning streak to seven games.

The Bombers nabbed another Texas A&M University star to insert into the lineup Monday night. Asa Lacy made his first start for the Bombers at Travis Field, fresh off a season with 130 strikeouts, 88.2 innings pitched and a 1.04 WHIP for A&M.

General Manager Brian Nelson said pre-game, “Once a year, we’ll get a guy like this who’ll go to Team USA and because of where we are and what we can provide, it allows Coach [Rob] Childress and Texas A&M to send guys to us as a warm-up. We love it because it buys us some innings, especially when we’re in the midst of an 8-10 game stretch.”

The Kerrville, Texas native will join the National Collegiate Team on Tuesday.

“I hadn’t pitched since the Regional,” said Lacy. “We would’ve liked to make it farther, but we didn’t. I’ve been taking some time off, and I needed to get the arm back in shape to get ready to go to [Team] USA.”

Lacy made his first and likely only start of the season for the Bombers, throwing 3 innings with 4 strikeouts, 1 walk and 0 hits.

The luxury start for the Bombers came at an unfortunate time for the Rougarou. Injury and travel restrictions cut into Baton Rouge’s depth chart for the night, and the Rougarou were forced to put three of their pitchers in the batting order. Austin Haensel and Jacob Snyder, pitchers that have both faced the Bombers this season, started in the outfield.

Amado Almanzar relieved Lacy in the top of the fourth. The University of Texas at Rio Grande Valley product tossed 3 strikeouts and 2 walks and allowed just 1 hit in 2 innings. He was succeeded by Brian Williams, who kept up the scoreless affair for the Bombers.

In fact, it was a scoreless affair for both teams for most of the game. Despite playing several players out of position, the Rougarou defense held the Bombers scoreless for the first six innings of the contest, a rarity for Brazos Valley this season.

The lack of pitching depth forced Cortlynn Ramirez to pitch for the Rougarou late into the game, allowing the Bombers offense to finally get on the board in the bottom of the seventh. Ty Coleman got the best of Snyder in left field and was able to notch a stand-up double. A sacrifice ground-out by Chase Kemp allowed Coleman to advance to third. Brazos Valley capitalized on the flagging defense, and Bryant Shellenbarger took Ramirez’s 100th pitch of the night past Snyder for his own stand-up double allowing Coleman to score. After the score, the Rougarou sent Steven Szucs to the mound to complete the inning.

Tristan Stivors took the mound for the Bombers in the eighth. He struck out two quickly, but the Rougarou plated one off an error to tie the game 1-1. Stivors struck out his third batter of the game to end the inning and hold the Rougarou there.

Nine innings turned out not to be enough for the Bombers as the game stretched into the tenth inning. In the bottom of the tenth, Kyle Bergeron cracked a sacrifice fly to Haensel in right field that allowed Logan Sartori to race home and score the walk-off run.

Stivors finished the night with 5 strikeouts, 1 walk, 2 hits and 0 earned runs over two innings. Cole Sichley pitched the final inning to collect the win for the Bombers.

With the 2-1 win in the books, the Bombers improve to 17-3. Brazos Valley continues the series against Baton Rouge at home Tuesday.