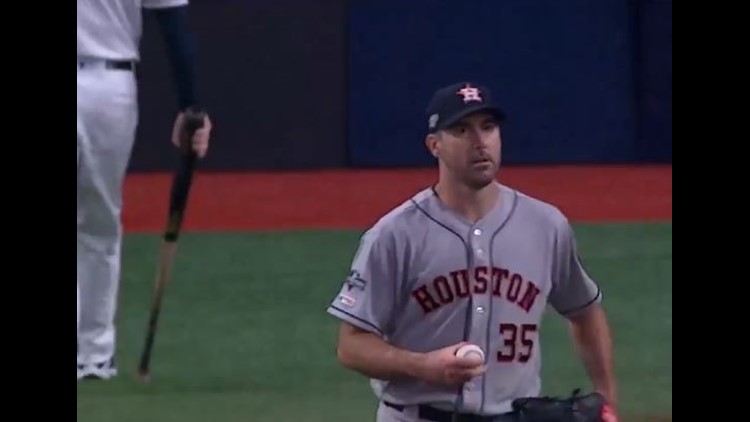 Ryan Yarbrough and five other pitchers combined on a six-hitter for Tampa Bay. Verlander, starting on short rest after dominating the wild-card Rays in Game 1, looked uncomfortable on the mound and was pulled in the fourth after giving up four runs.

The best-of-five series shifts back to Houston for a decisive Game 5 on Thursday.

Verlander, whose eight career ALDS victories are a major league record, yielded three runs in the first. Adames homered leading off the fourth to make it 4-0, and the Houston ace didn't make it through the inning.