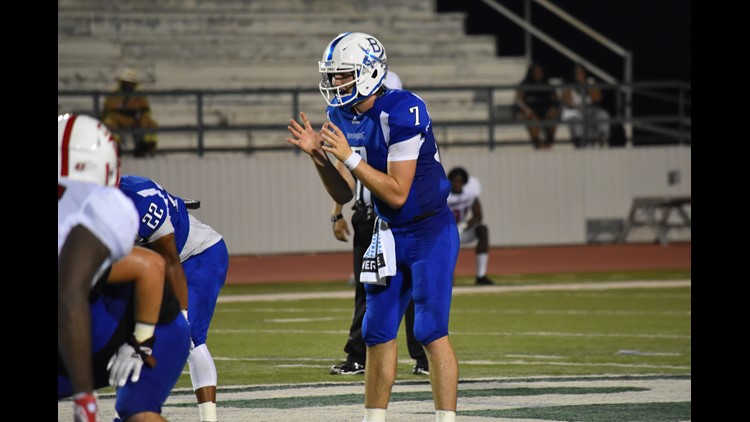 “There are many good players in the NJCAA, so to be recognized as the best this week is an honor,” Landis said. “I want to thank Coach (Ryan) Mahon for the plays he called and my wide receivers. I appreciate all of the guys who helped me earn this achievement.”

The win was Blinn’s first in the competitive Southwest Junior College Football Conference.

“He did a lot of really good things on Saturday and has been consistent all year long, but really raised it to a new level,” Mahon said. “I am proud of him because he put in the time and earned this honor.”

In three games, Landis has thrown for 950 yards and leads the nation with 13 passing touchdowns.

Landis earned NJCAA player of the week honors in Week 9 last season when he threw for 481 yards and six touchdowns against New Mexico Military Institute to help the Buccaneers clinch a playoff spot.

Blinn holds a 2-1 overall record and 1-1 conference record. The Buccaneers will face Rezolution Prep Academy in a non-conference game Saturday, Sept. 14, at 7 p.m. at Cub Stadium.