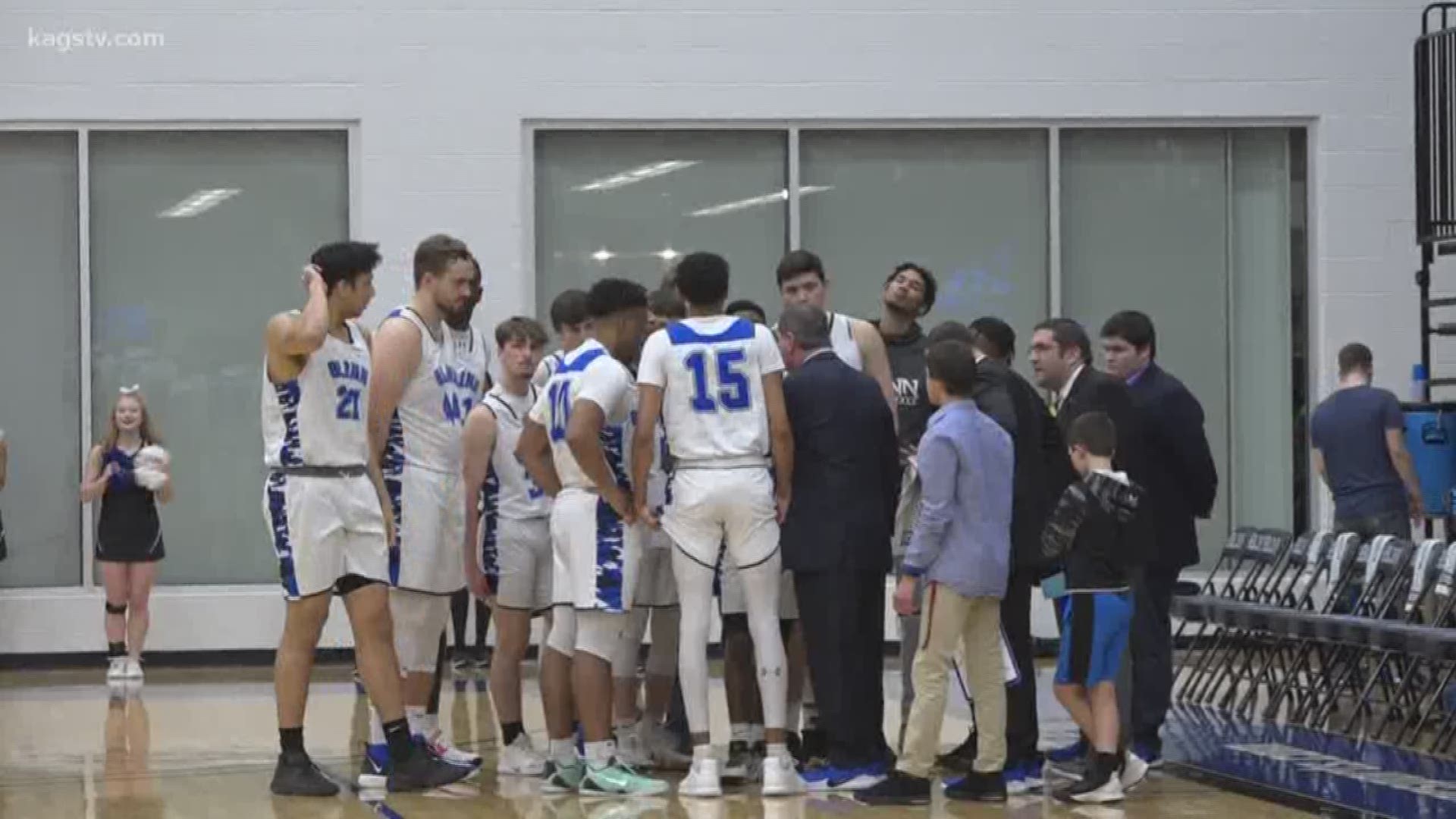 “I am very proud of our guys and how we played with a lot of zip in the second half,” said Scott Schumacher, Blinn head coach. “Anytime you win a conference game by 30 points, it is a very exciting thing.”

Tristan Ikpe led the Buccaneers on offense and defense with 28 points and 14 rebounds. Azariah Seay was next on offense with 24 points, while AJ Rainey, Bonke Maring, and Ryan Pollard each scored 10.

“I knew coming into this game that I wanted to do something to honor Kobe Bryant, so that is why scoring 24 points was my goal,” Seay said. “I wanted to tribute this game to him because he showed me what a real work ethic was and motivated me to play hard.”

Seay and Ikpe helped launch the Buccaneers to a 52-27 lead at the half by combining for 27 points in the opening half. Nic Tata and Ikpe scored the the first six points for Blinn to take a 6-2 lead, but the Pirates worked themselves back into the game when they leveled the score 13-13. Rainey and Seay hit back-to-back 3-pointers for the Buccaneers to pull back ahead 21-13, and Seay kept things rolling for Blinn with a slam dunk and a shot from downtown to extend the lead 34-24 at the 8:24 mark. Blinn ended the half on a 9-3 run to lead by 25 at the break.

Castro and Ikpe scored 11 points in the first five minutes of the second half for Blinn to stay on top 65-46. Bonke and Pollard continued to help lift Blinn, teaming up for 20 points in the final 10 minutes of play. Bonke’s 2-pointer gave Blinn a 100-75 advantage at the 4:22 mark and Pollard scored six straight points for the Buccaneers to stay ahead 116-87. Bonke finished off Victoria with a slam dunk.

“It feels great to finish strong and get this win,” Maring said.

With the win, the Buccaneers are now 15-7 overall and on a three-game winning streak.

“It feels great to get back to our winning ways,” Ikpe said. “I have a great team around me and know they always have my back. We are like family.”

Next, the Buccaneers will travel to play Angelina College on Saturday, Feb. 1, at 4 p.m.