Hancock is also the Eagles quarterback and defensive end 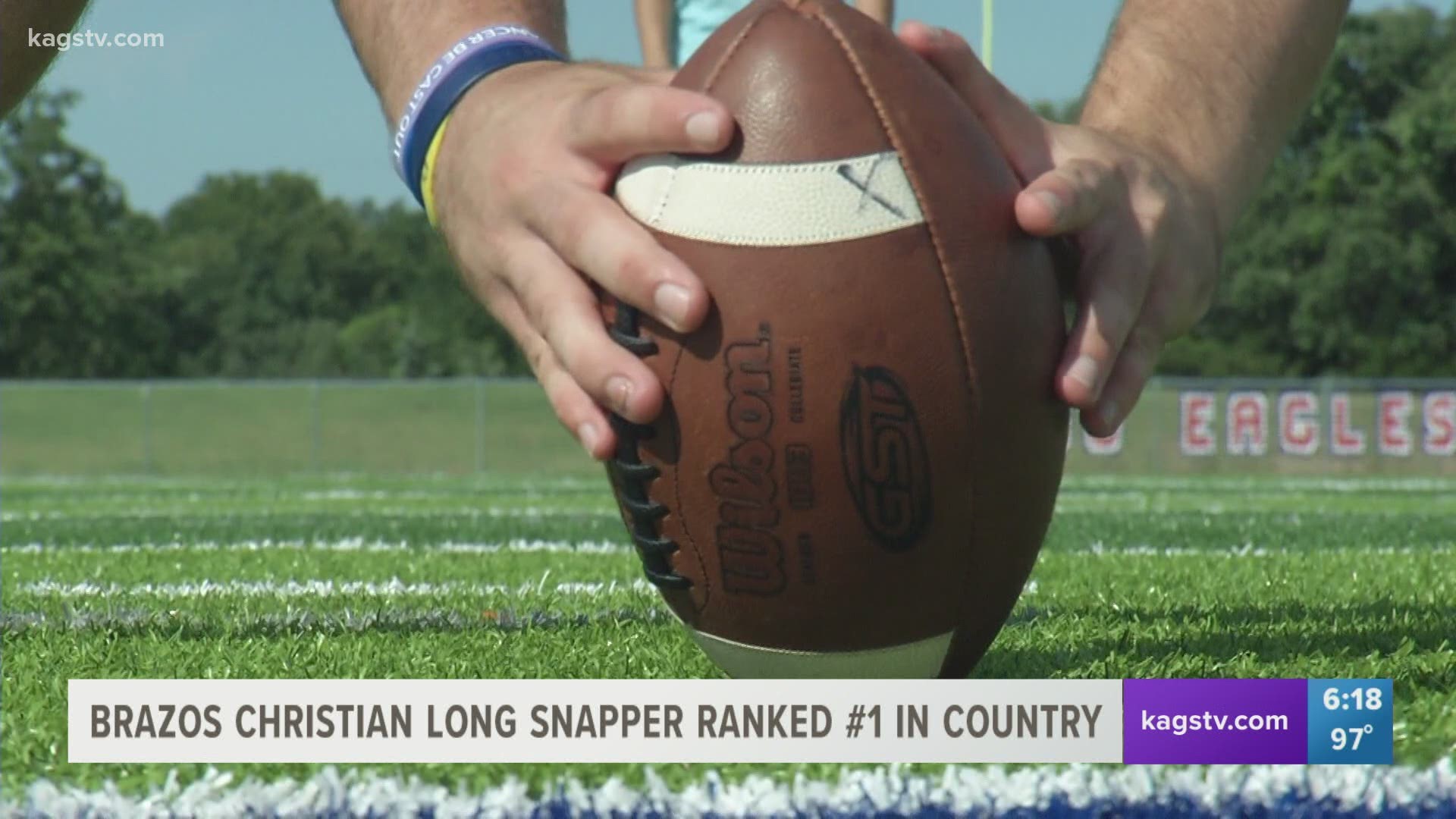 BRYAN, Texas — Levi Hancock can do a little bit of everything on the football field.

The Brazos Christian quarterback threw for 27 touchdowns and ran for 12 more in nine games this past season, his first as a starter in 11-man football.

His best skillset though comes on special teams.

"7th or 8th grade, our team needed a long snapper," Hancock tells KAGS. "My dad was the coach so I was the QB he asked if I could do it, I liked it, and I Just kept doing it."

Snapping at first was an afterthought but now it's his ticket to playing Power 5 football.

"It's a huge organization and it's a huge honor to be number one and I'm excited for what comes with it," Hancock says.

The average punt snap time in the NFL is .65 seconds. Hancock is already at .68.

"At some point you learn to expect if there's something you can do, Levi is going to do it better than everyone else," Brazos Christian head coach Ben Hoffmeier says.

Also have to @Coach_Hoff28 some love for making the @dctf 40 Under 40 list. The Eagles should be a force to reckon with next year with most of their starters back. pic.twitter.com/qULKJVef7r

Hancock's dream is to play for his hometown Aggies but he's willing to go anywhere that will give him a chance to compete.

"He's absolutely a Power 5 long snapper, the best in America, and whoever gets him will be lucky," Hoffmeier says.

The Eagles return most starters from last season in which they made the playoffs.