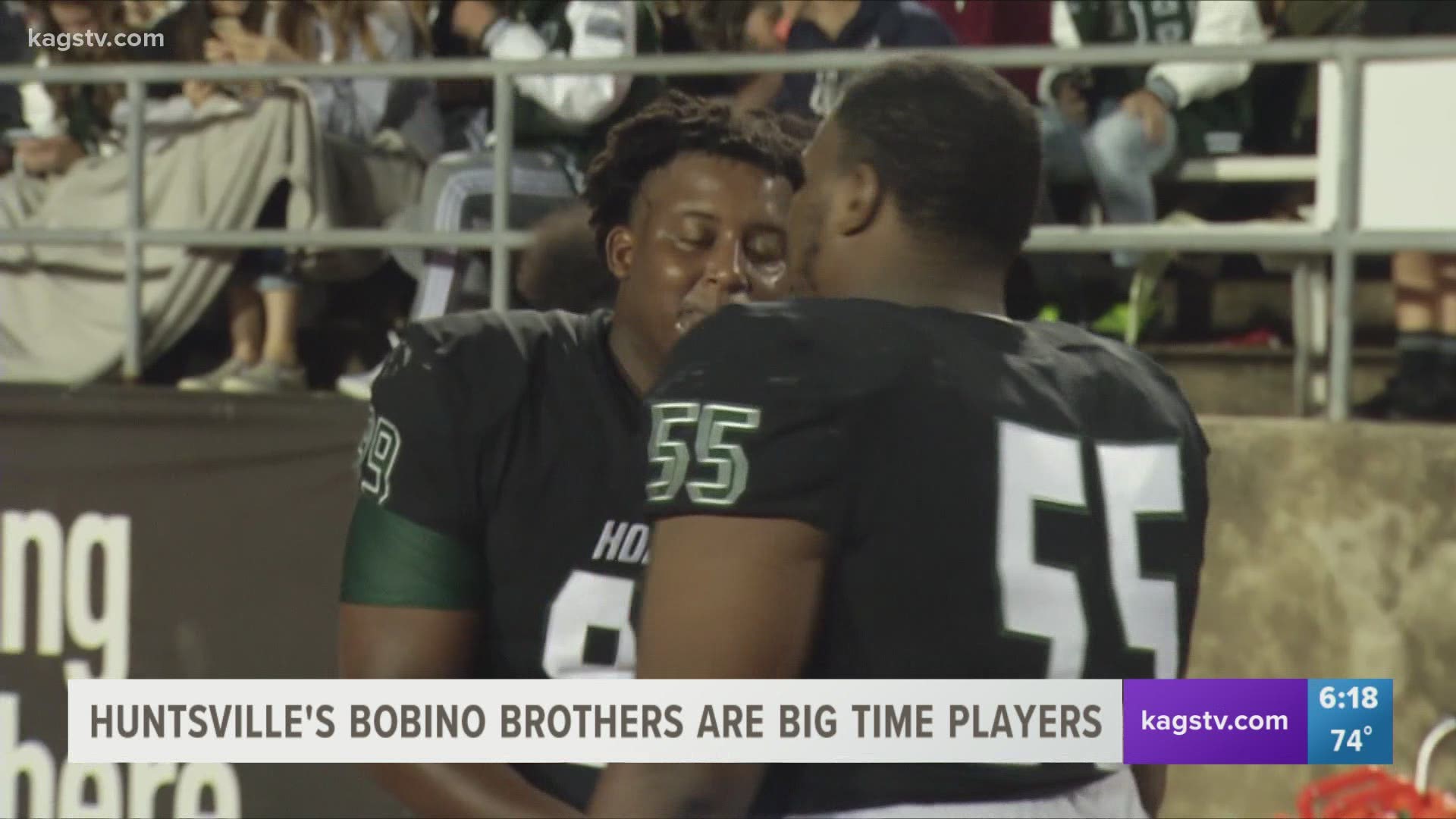 HUNTSVILLE, Texas — Huntsville might have the best defense in the entire state of Texas.

In the middle of it all for the Hornets is 630 pounds of Bobino's.

"Having two guys inside who are as physical as they are, it's rare," Huntsville head coach Rodney Southern says. "We've never had two inside like that."

That's a big claim but the brothers have the numbers to back it up. Ed has 18.5 sacks on the season and is one of the 10 finalists for the Mr. Texas Football award.

"The only way you can block me is if you put your whole line on me," he says.

Brian is a run stuffing machine with 10 tackles for loss and two forced fumbles this season. He also has six sacks.

"If you want to keep your quarterback in good condition, you have to double team us," Brian says. "If you leave one on one with one of us, it won't be pretty."

Sacking quarterbacks is a Bobino brother pastime. They've been doing it together since the fifth grade.

"We knocked the quarterback's helmet off his head and when we saw it film, we knew we could be special," Brian says.

The Bobino's senior season has been special and playing alongside each other has unlocked their full potential.

"Brian is more power and I'm more speed and technique, so it just plays hand and hand with each other," Ed says.

It's a dream duo for the Hornets and a nightmare for opposing quarterbacks.

The Bobino's are back in action this Saturday as Huntsville looks to advance to the Regional Finals for the second time in three years. To do that, the Hornets will have to knock off Crosby.