Tori Vidales is one of the best players to ever wear an A&M uniform. 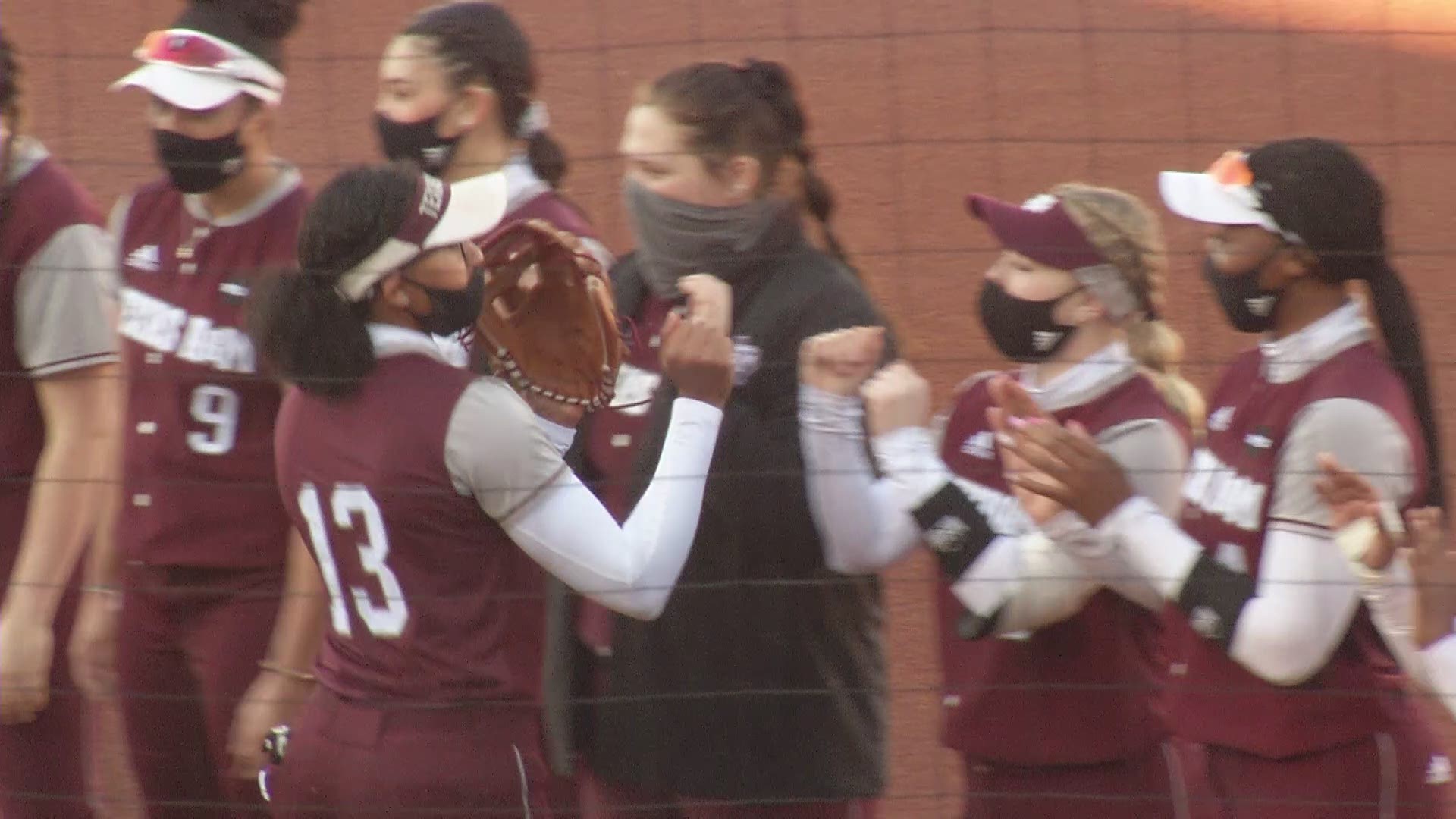 COLLEGE STATION, Texas — The 2020 Tokyo Olympics start exactly two weeks from Wednesday, and a former Texas A&M star will be one of the first athletes to compete in the games.

Tori Vidales, one of the best Texas A&M softball players ever, is a key member of the Mexican softball team competing in the summer games.

Softball is making its return to the Olympics for the first time in 13 years.

Vidales says Team Mexico is a bit of an underdog heading into the tournament, but she believes her squad can compete with anyone.

"It's really cool to see teams that expect to win sweat a little bit because they didn't think anyone would give them a game," Vidales tells KAGS. "To be the ones to make them sit on their heels a little bit, that's the fun part."

Team Mexico opens up its Olympic run on July 21.