The Battle of Highway 79 has been lopsided since 2007, with the Lions winning every matchup by an average of 35 points 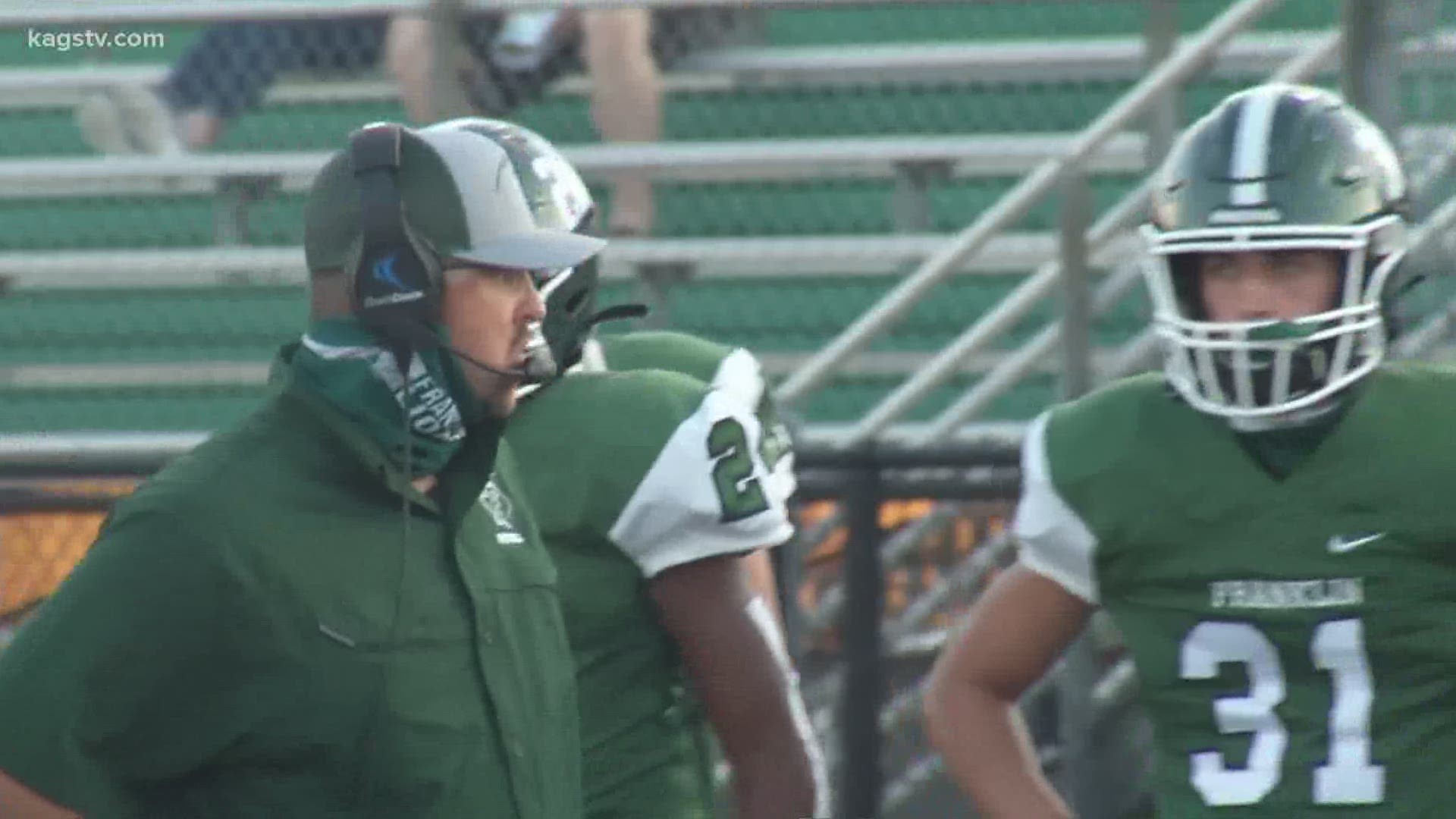 HEARNE, Texas — Only 13 miles separate Hearne High School from Franklin High School on Highway 79, and the two rivals have played 68 times over the years for bragging rights in Robertson County.

"How can it be a rivalry if only one team wins?" Bryson Washington, a sophomore quarterback on Franklin, says.

Washington has a point. Franklin has won the last 11 meetings between the two. Senior quarterback Micah Smith was still in pre-k the last time the Eagles came out on top.

"It's been going on for way too long you know?" Smith says. "They've been keeping that trophy for years to come but I think this is the year to beat them."

In order to snap the losing streak, Hearne knows it'll have to be locked in from the first whistle to the very last.

"We got to stay together, can't give up," senior lineman Monterrius Smith II says. "Play the whole game, all four quarters."

The Eagles picked up a win in Week 1. The Lions did not, losing to Lorena by a single point at home. Franklin is hungry to get new head coach Mark Fannin his first career win, and to keep the trophy where it's been since 2006.

"It's a token that we know we're the best. Not forever but for now, and we want to keep that here," Franklin junior safety Haze Tomascik says.

"As long as I'm here, we're not losing to Hearne," Washington says.

That's a big promise from a sophomore who may have to play the Eagles three more times before he graduates.

Kickoff from Wood Field is set for 7:30 pm on Friday.