The coronavirus has caused a number of changes to high school graduation ceremonies, but school districts like Bryan ISD are taking actions to adapt and overcome. 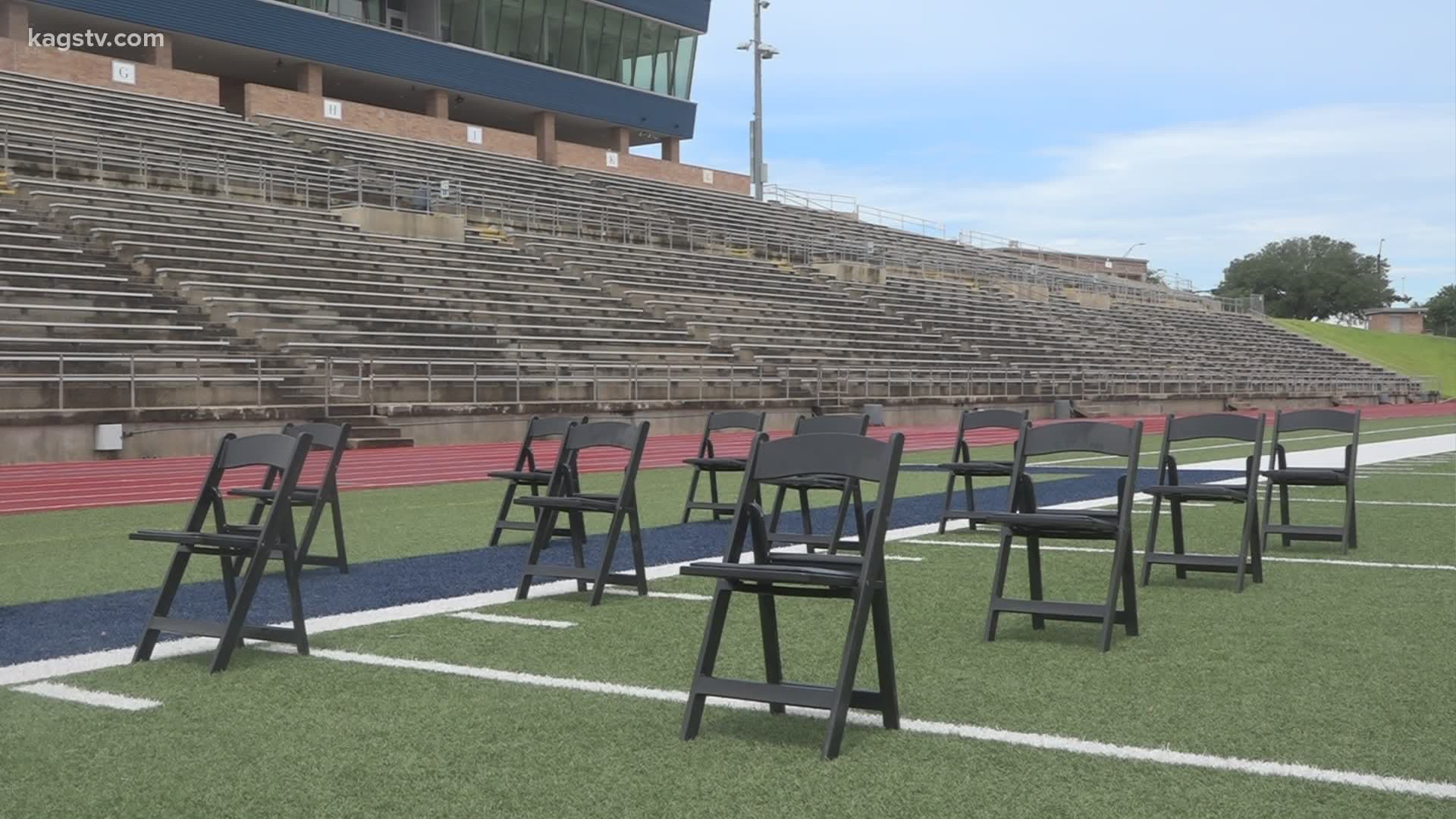 BRYAN, Texas — The stage is set. The chairs are placed. Bryan ISD is putting together the final touches on its high school graduation ceremonies going on at Merrill Green Stadium this week.

The location is just one of a few changes the school district is implementing for the class of 2020.

“Dr. Christie Whitbeck talked to leaders of the class multiple times since COVID-19 hit and when she proposed the idea of graduating at Merrill Green Stadium, they were very excited about that because this stadium means a lot to them," said executive director of communications and public affairs, Matthew LeBlanc.

Some graduating seniors said they like the change in venue.

“Yeah it can be really cool to graduate at a college like A&M, but I really feel like being able to graduate on your home field where you watched your football games and cheered on your team is just a great opportunity," said Julianna Perez, a graduating senior from Bryan High School.

Besides moving all of the ceremonies to Merrill Green Stadium, other changes at this week's graduation will include a limit to the number of guests being in attendance.

“Each student received four tickets," LeBlanc said. "Their group of visitors and guests sits in a group of four and that group of four is socially distant from other groups too.”

“The goal in ticket distribution is that people get to sit on the side where they have a good sightline to where their graduate is sitting," LeBlanc said.

Graduates will also be sitting six feet-apart from one another and are provided with face masks they are encouraged to wear.

“The ceremony is not going to really be condensed but we will have fewer in-person parts to the ceremonies," LeBlanc said.

There will be a few things added to graduation like announcing prom king and queen, senior superlatives and a firework show at the end of the ceremonies.

With so many changes happening in the course of a few months, seniors like Perez said they are glad to be able to walk across the stage.

“I feel like graduation allows us to put an ending on all of the memories that we already created and say, like, this is our old life now we are onto the next step in our life," Perez said.

After the ceremonies, Bryan ISD is asking guests to keep their distance and immediately make their way out of the stadium and off of the high school grounds. The school district is trying to avoid groups of people gathering together.