The Rudder star missed all of 2021 with a UCL injury, and now he has to decide on his baseball future 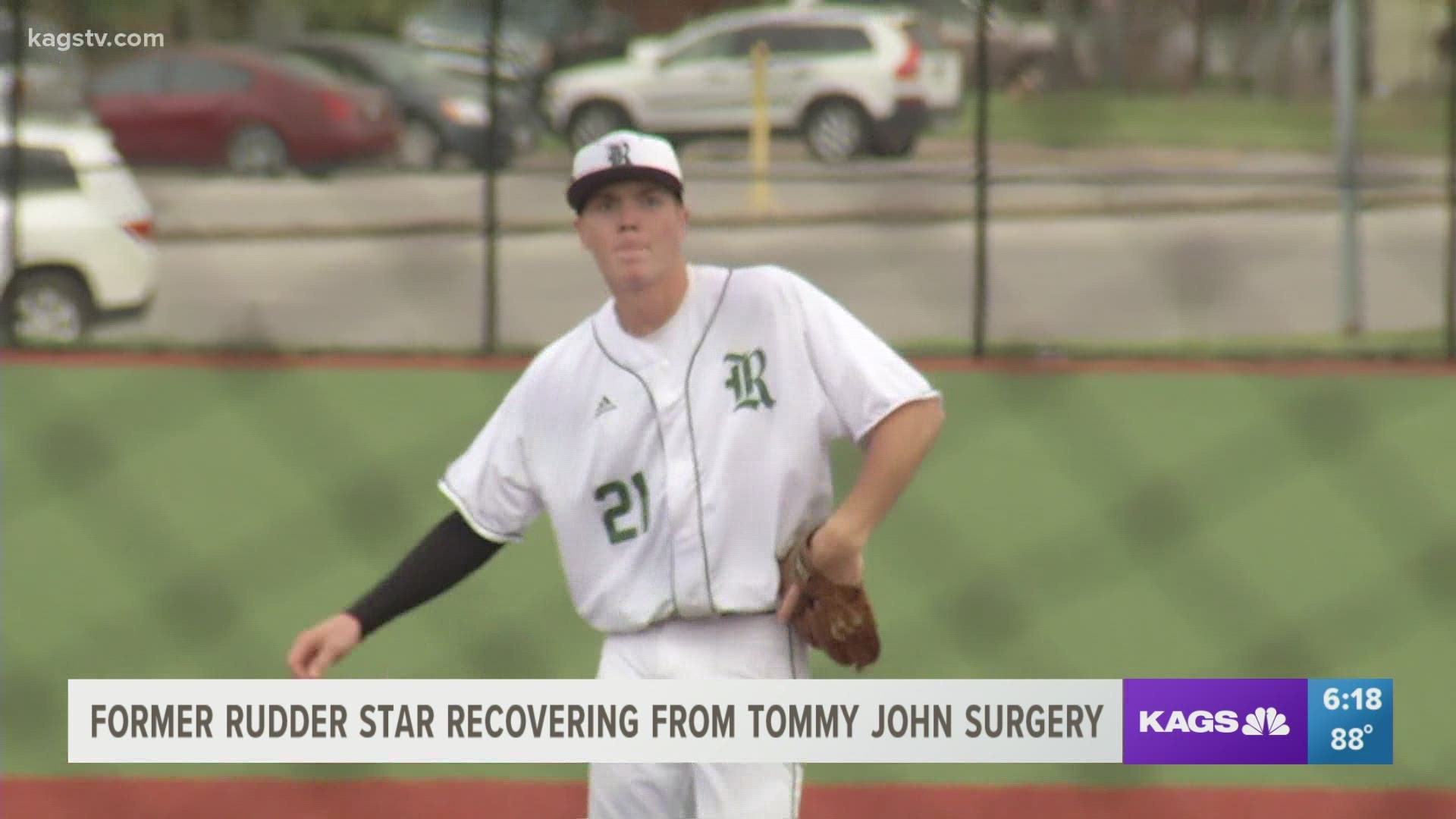 "That first hitter who gets in there is definitely going to the be the recipient of some built up anger," Dobbins tells KAGS.

His 2020 season at Texas Tech got cut short due to the Covid-19 pandemic. During an intersquad scrimmage two weeks before the start of the 2021 season, the former Rudder star suffered a UCL injury and had to miss the entire season after undergoing Tommy John surgery.

"If it was up to me I feel like I can pitch right now but that's definitely why it's not up to me," he says. "I'm feeling great, getting stronger, and I'm really looking forward to next year."

Next year is a bit of an uncertainty though for Dobbins. He might hear his name get called in the upcoming MLB Draft and decide to go pro. He also has the option to return to Lubbock for his junior year.

Dobbins says he won't make that decision until he has all the necessary information, but he does know he's working hard to come back better than before.

"We have so much advances that I trust the guys who did my surgery and am looking forward to the results at the end of it," he says.

One of those results could be an increase in his velocity. The right handed flamethrower was already topping out at 98 miles per hour with his fastball before he got hurt.

"I'm going to be just as excited as the fans to see triple digits on the board. It might take be a minute to refocus, but I think there's a possibility," he says.

The first round of the MLB Draft starts on Sunday.