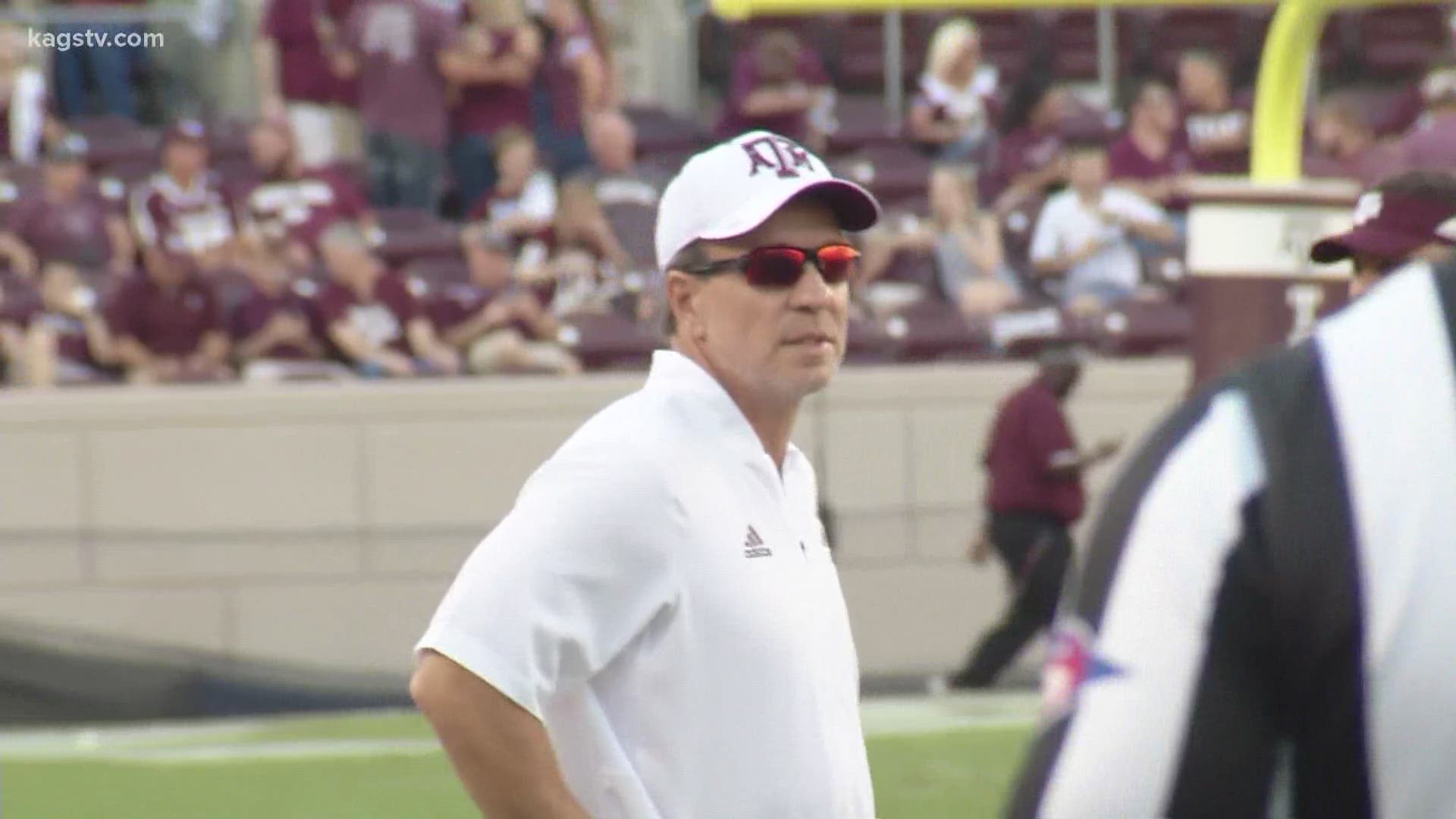 COLLEGE STATION, Texas — Jimbo Fisher is best known for his work with quarterbacks, but his former players say its his ability to connect with players on both sides of the ball is what makes him special.

Fisher inherited a veteran Aggie team in 2018, but quickly won the older locker room over.

Trayveon Williams told KAGS last month it only took one conversation with Fisher for him to buy in, and the 2018 All-American isn't the only one who bought in early.

Tyrel Dodson now plays for the Buffalo Bills, but the former A&M linebacker says from day one, he knew Jimbo Fisher was the right man for the job.

"I remember him saying I'm going to earn your respect. This is how you'll earn mine, and I'll earn yours," Dodson tells KAGS. "That stood out to me being a head coach from Florida State. He came in with mutual respect and we hit the ground running from there."