FNL Game of the Week: Leon at Normangee

These two teams were picked to finish at the bottom of the district, but are currently a combined 9-1 on the year 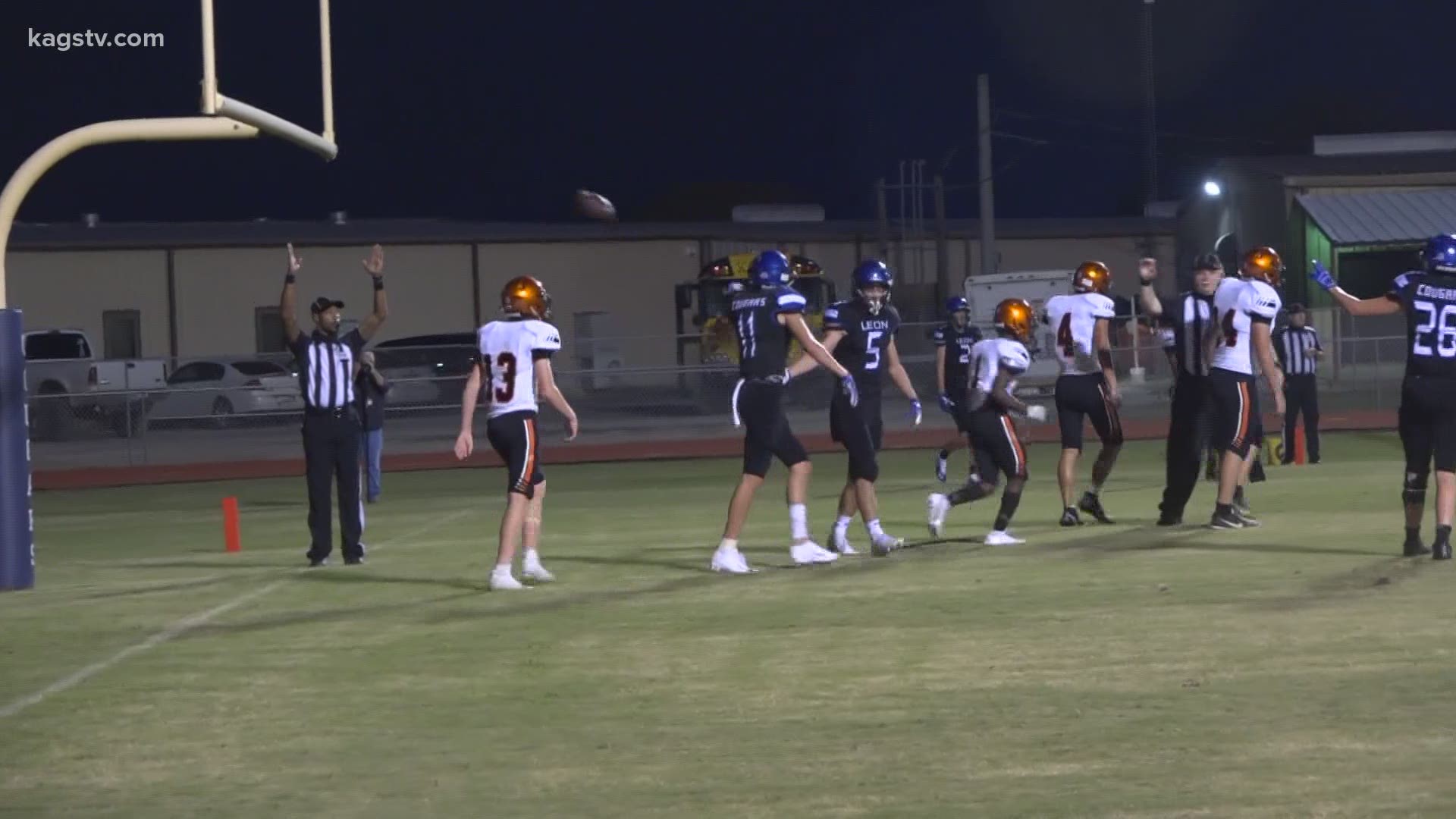 Six weeks into the season, the teams are a combined 9-1 and when they meet on Friday night, first place in the district will be up for grabs.

The Panthers are the biggest surprise in the Brazos Valley so far. Normangee is 5-0 for the first time since 2007, but only one of those wins have come in district play.

Their opponent in Week 7 is a hungry Leon team that's coming off its first win over Centerville since 2010.

"There's been a lot of talk around the county about how we weren't really going to show out this season," Leon senior quarterback Jacob Robinson says. "We were picked last in the rankings at Dave Campbells and we're really just trying to prove them wrong."

So far, Jeremy Colvert's team has done just that, winning four of its first five games behind a potent offense that is averaging 39.4 points per game.

"If were not scoring, its' something were not doing," Colvert says. "It's an error were making. It doesn't mean we can score on anybody but were confident."

The Cougars will need another offensive explosion on Friday, because the Panthers are putting up 44.5 points per game.

"It's kind of a rivalry," Normangee senior quarterback Mason Hardy says. "We have a little beef between us and we really want to win that game."

Kick off is set for 7 pm at Panther Stadium.