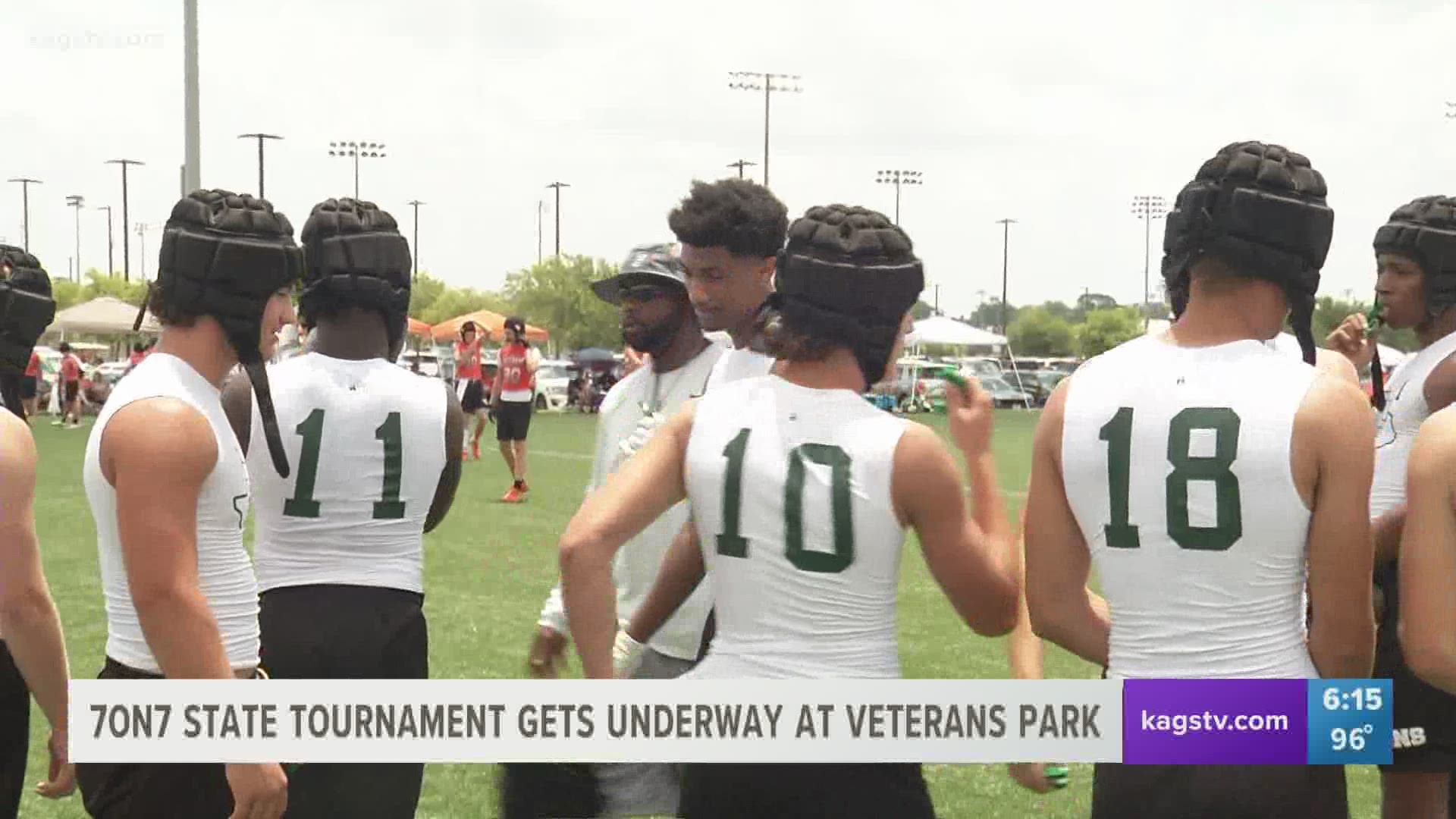 COLLEGE STATION, Texas — The State 7v7 Tournament kicked off at Veterans Park in College Station on Thursday and the three local Brazos Valley teams in the Division 3 bracket performed well.

Franklin, which is making its first ever appearance to the State 7v7 Tournament, went 3-0 on the afternoon with wins over Wink, Dublin and Collinsville.

Hearne and Lexington both went 2-1.

Lexington's Jarred Kerr is THAT dude.#Aggies priority target put on a show in his first two games of the State 7v7 Tournament today.@JarredKerr3 | @LTXEagleFB pic.twitter.com/L4Cf1MoWDM

D1 pool play also begins on Friday, which College Station & A&M Consolidated in action. The Tigers are the defending champions.